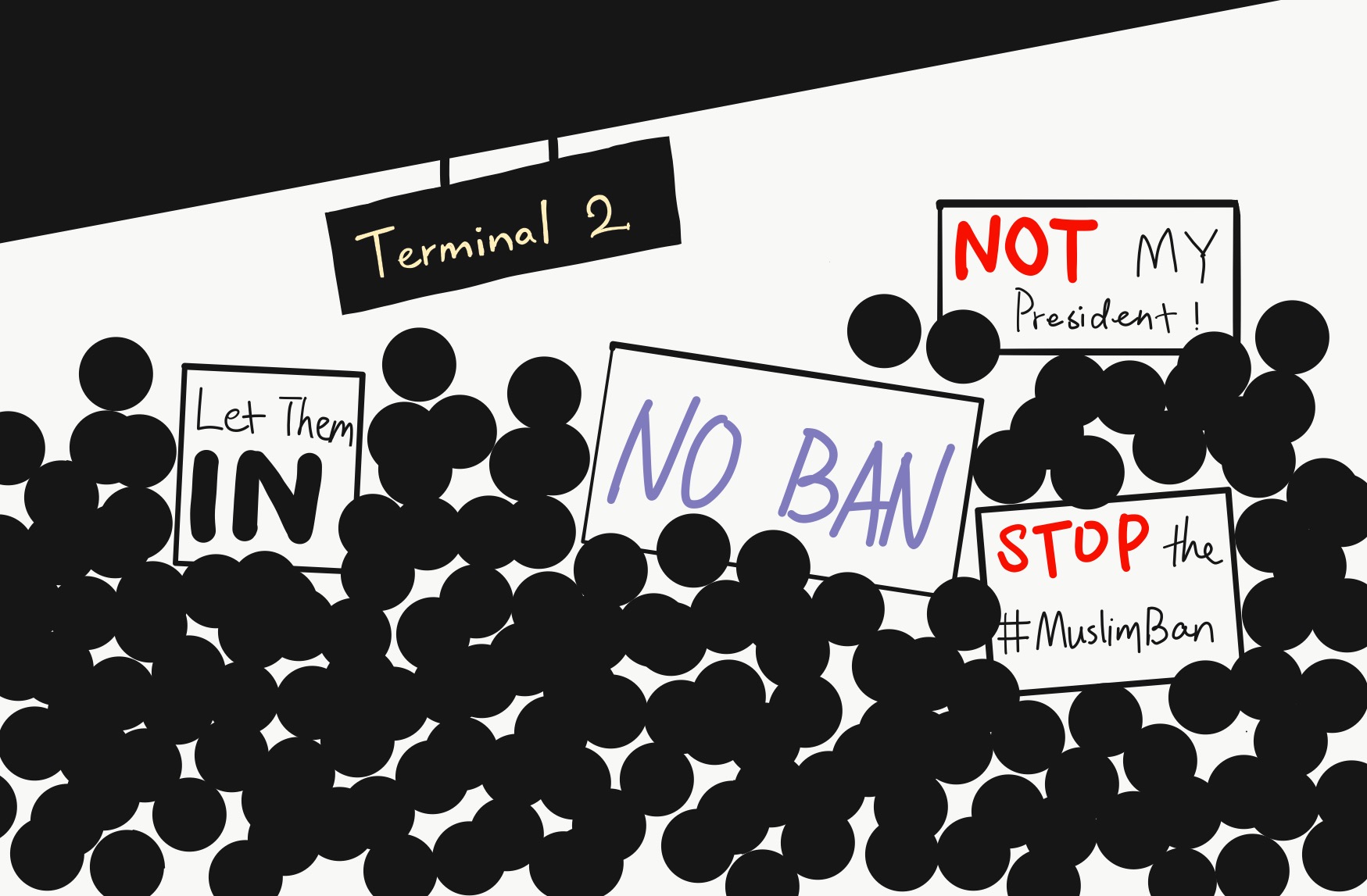 Recent policy decisions made by President Donald Trump have exposed latent fear and hatred aimed toward the Muslim religion. Specifically, an order was passed that has “banned the entry of Syrian refugees into the US…[and] halted the issuing of visas to the nationals of six other mainly Muslim countries,” according to article, “Trump suspends US refugee programme and bans Syrians indefinitely,” published Jan. 28 by BBC News.

Designed to eliminate the potential for terrorism, the actions taken by the executive branch have instead revealed a disturbing undercurrent of religious prejudice in the new administration. More frightening still, this undercurrent has become more of an explicit statement by the newly elected executive branch supposedly justifying the mistrust of Muslims under the guise of developing national security.

What began as suggestions of employing measures to “keep radical Islamic terrorists out of the US” has become a rallying cry to deploy a “total and complete shutdown of Muslims entering the United States,” according to the same BBC News article. These words spoken by our newly elected president reveal a fundamental misunderstanding and distrust of a religion that more than two percent of Americans belong to, according to Besheer Mohamed’s study, “A new estimate of the U.S. Muslim population,” published Jan. 6, 2016 by the Pew Research Center.

These immigration laws are inherently targeted. The Muslim religion lies firmly and unconstitutionally in the crosshairs. The First Amendment of the Constitution of the Unites States says, “Congress shall make no law respecting an establishment of religion, or prohibiting the free exercise thereof.” The implication, of course, is that religious practices ought not to be the target of legislative focus, barring extreme cases.

By refusing immigration to one specific religion and stating that, “Christians would be given priority among Syrians who apply for refugee status in the future,” according to BBC News, this administration has taken measures to legislate for one religion at the expense of people who worship differently. This creates a dangerous precedent that has huge effects in the lives of real people attempting to escape deadly conflict.

This is not the time to refuse help to refugees. Updated numbers indicate “a staggering 470,000 deaths have been caused by the conflict” in Syria, according to Priyanka Boghani’s article, “A Staggering New Death Toll for Syria’s War,” published Feb. 11, 2016 by PBS. Refusing help on the basis of religion is a targeted, prejudiced refusal to protect our fellow man, especially when there are so many people being killed on a daily basis.

This past spring, I volunteered in a refugee camp located near Heidelberg, Germany. I helped collect and distribute winter coats for families who had just escaped Syria. It was a frantic, unbelievable experience. The number of people in need of warm clothing far exceeded the sizable amount of donations and we continually were forced to turn people away because we did not have the items they needed. Socks and jackets were especially low.

At one point, a small, fatherless Muslim family of five approached the table. Only the middle child who was around seven years old could speak English (none spoke German). As such, I translated between the boy and one of the volunteers. Slowly, we acquired everything they needed. We managed to find the necessary boots, socks and jackets for his mother, his sisters, and his youngest brother. But, when it came time for us to find a jacket that could fit him, there were none left. Feeling guilty, I was forced to turn him away.

Rather than reacting with any sadness, the boy smiled and told me how happy he was that his younger brother would not be cold anymore. Then, he left.

We cannot in good conscience allow targeted, unconstitutional treatment of an entire system of religion. People deserve the chance to live, and creating additional obstacles to escape the effects of war is inherently inhumane. Remember that the hundreds of thousands of lives belong to real people, not statistics.

Remain informed and be willing to speak out in any way you can to oppose policies created in hate. Together, we can stand against religious prejudice and support our fellow man with compassion.