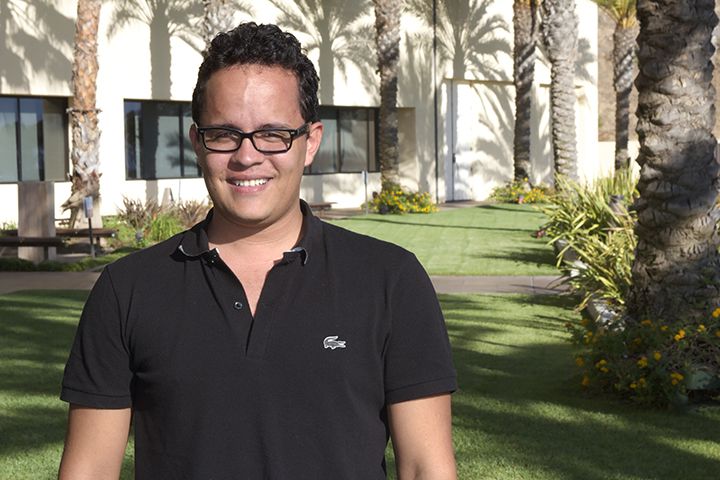 It’s like a drug. When completely immersed, nothing else matters; you are in an alternate universe, a state of nirvana, a utopic wonderland. I like to call it “the music high.”

You feel the beat building up. It feels like being at the bottom of the most magnificent rollercoaster and feeling the little cart climbing up, inch by inch, each one bringing you closer to a perfect spot. Because that’s what EDM (Electronic Dance Music) is to me and millions around the world. And that is why you should really get into it if you haven’t yet.

EDM? “Is that the crazy techno music kids are listening to nowadays?” you might ask. Sort of Techno, now commonly referred to as Tech House, is only one of many subgenres under the EDM umbrella. Other subgenres include progressive house (Hardwell), electro house (Calvin Harris), dubstep (Skrillex), trance (Armin van Buuren), trap (Dillon Francis) and more.

There are several reasons why EDM is the biggest musical genre nowadays. Not only does it combine elements from other genres — see Avicii’s use of gospel in Wake Me Up — but it gives off an insurmountable amount of pure energy with every beat and bass drop. And it’s not just the music; EDM is an entire culture.

The culture’s motto is PLUR, which stands for Peace, Love, Unity and Respect. One trip to an EDM festival or show and you will realize why. At a festival — be it the massive Ultra Music Festival in Miami or the famous TomorrowLand in Belgium — everybody is dressed differently, some with outrageous costumes and makeup, others with a simple T-shirt and jeans. But everyone is in complete harmony. When the music is on, you can bounce around, shuffle, line dance, stand there or just go absolutely insane with spastic movements that resemble those of someone mid-convulsion, and nobody bats an eye.

If you ever get the chance to attend an EDM festival, live show, nightclub performance or even watch a YouTube livestream, I suggest you take it. Because it is at that moment, when the DJs are playing your favorite song, when the lights are flashing along perfectly with the beat, when the fireworks are going off at the right times, that you will become one with the music, achieving a symbiotic relationship that gives you the feeling of euphoria, nostalgia, excitement and exhilaration that almost nothing else can produce: the “music high.”

I can’t say that I’ve been an EDM fan all my life. I attribute my love for it to my friend Chris Velazquez, who was a DJ back in 2011 when I was still in high school. He showed me a couple of mixes he had put together. My interest was piqued, and one David Guetta concert later, I was hooked.

I have now been to almost 20 EDM shows, ranging from the massive Swedish House Mafia’s second-to-last-ever show to Lil Jon performing at an LA nightclub; I have bought tickets to Ultra Music Festival in Miami, thus fulfilling a dream of mine. I can only say I love EDM. It’s a visual, auditory, sensory and immersive experience like no other. And I hope you give it a shot. 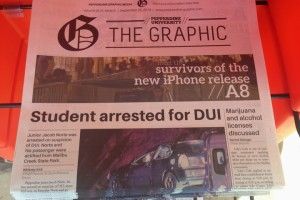 Photo by Whitney Irick At least 275 Graphic newspapers of the Sept. 25 issue disappeared from stands this past week. Graphic...
Copyright 2013 Jupiter Premium Magazine Theme
Back to top