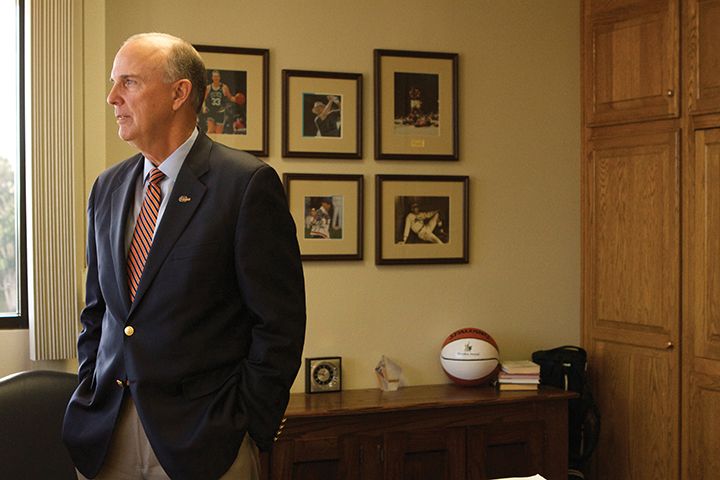 Sitting quietly in a room, a young Steve Potts found himself holding his pen to a stack of papers, rich with ink, held the next stop for Potts: Vanderbilt Law School. Having just spent the past year as a student at Pepperdine’s law school, he felt convinced that returning to his Southern roots was exactly what he needed, and the short-lived time on the West Coast had been just enough for him. Well, at least until his phone rang.

At the other end of the phone, Pepperdine School of Law Dean Ron Phillips spent no time formally greeting Potts with a hello. “I heard you were thinking about transferring, what can I do to get you to come back?”

With that simple question, Potts’ mind was not only made up but made clear. “When that phone rang that minute, you know, that was all it took.” Potts stayed at Pepperdine and began a 26-year relationship that has resulted in his current position as Athletics Director.

Prior to taking on the role as AD, Potts practiced law back in his hometown of Nashville and eventually taught at the School of Law in 1983, which then promoted him to serve as Associate Dean of Administration from 1990 until 1999. Or in Potts’ words, when “one year back at the law school turned into 17.”

While at the law school, he crossed paths with now-President Andrew K. Benton. Benton recalls one afternoon’s lunch that turned into a pleasant surprise when Potts revealed his interest in someday being an athletic director.

“You could have knocked me over with feather,” Benton said. Accustomed to viewing him as a “very fine” lawyer, Benton did not anticipate this athletic side of Potts. With such a rich history practicing law and a Bachelor’s in Political Science from University of Tennessee-Martin, sports did not seem to be an interest. However, sports had always been a passion for Potts, who had grown up playing every and any sport. 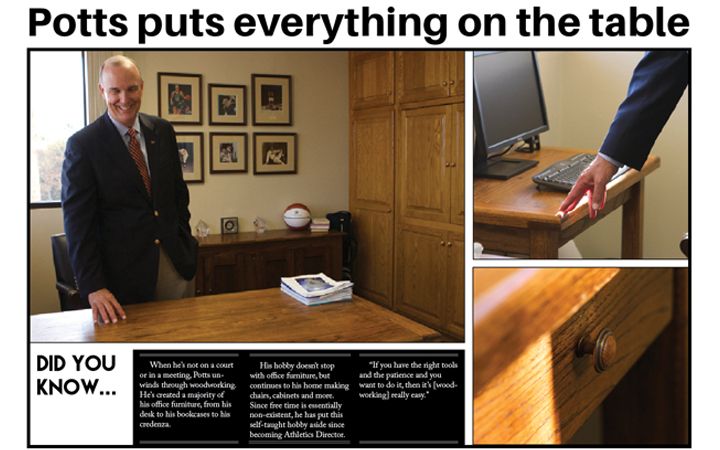 His first athletics directing experience came at Lipscomb University. This proved to be 8 and a half years of success as he moved the university from NAIA to NCAA Division I, helping to build the 5,000-seat Allen arena, and much more. Feeling as if he had the best job in the world serving athletics in a Christian university, Potts said he did not anticipate what would happen next.

Benton had never forgotten his deep respect for Potts’ work ethic and vision over the years, and had been planning to go after him once the transition of Athletics Director was going to take place at Pepperdine in 2008. With the plan in place, former Athletics Director John Watson expressed a desire to step down, Potts stepped in as Associate Athletics Director and was eventually promoted to his role today. Since rejoining the Waves community, Potts has certainly, as Benton put it, left “his fingerprints all over that athletic program, and I’m glad they’re his fingerprints.”

“Athletics, just becomes your life. If it’s just a job to you, it won’t last long because it doesn’t make any sense to spend this many hours on something that’s ‘just a job,’” Potts said.

Benton shines a light not just on Potts the athletics director, but also on his role as a family man. Potts leads a family of four with his wife Jaime and his two sons, Tyler and Tanner, the former of whom is a recent Pepperdine alum who works for the Dallas Cowboys.

Pepperdine women’s golf team member, senior Alina Ching, attested to Potts personal relationship with each team. Even recalling meeting Potts prior to attending the university, she emphasized how personally involved he has been with the student-athletes. “He really tries to get to know each player, which I think is really special,” Ching said.

One of her most treasured memories with him was the 2012 Nationals in Tennessee.

“He watched each one of us play and he noticed we give hearts to each other between the tee and the green, and in the fairway,” Ching said. During golf tournaments, Ching explained how her teammates formed large hearts by hooking their arms over their heads with hands pointing directly onto their heads so that it was clear from far distances. “So he kind of caught on, and now when we see him on campus or anywhere really, he gives us a heart. Even when he’s in the middle of a conversation, he’ll just turn to us and give us a little heart.”

Potts has practiced a more personable approach to athletics directing and takes a deep pride in more than Pepperdine’s student athletes, saying he makes sure to also work closely with the coaching and administrative staff. 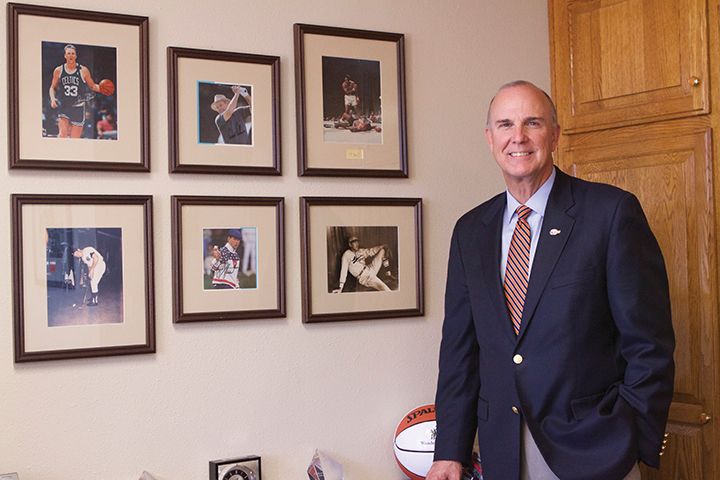 “I don’t want anybody to feel like they work for me. We are here to work together. It’s what Pepperdine, I think, offers. The opportunity and the ability to have relationships with wonderful people and those are relationships that will last a lifetime,” Potts said.

Having worked with him on every aspect of the baseball team, ranging anywhere from fundraising to travel schedules to specific athletes, baseball Head Coach Steve Rodriguez emphasized how involved Potts is with the baseball team: “When you get to work with amazing people who carry the same work ethic and faith, it makes it very enjoyable to come to work every day. He believes in making things happen, and he wants to make things better. That is a fun person to work for.”

Rodriguez has served as Pepperdine’s baseball head coach for quite some time and recently extended his contract with the university through 2018. He expressed that although this decision was no small matter, it was not a difficult one to make, thanks to Potts.

“To be honest, his role in me staying here was huge,” Rodriguez said. “Dr. Potts is very transparent with who he is as a person and what he wants from us as coaches and our athletes. When you take all of those things into consideration, it makes it very easy to work for a man with the faith he has in our God and the joy he receives from watching our student-athletes compete.”

The idea of pursuing this job without interacting with the athletic community is something Potts expressed he would not be able to do, nor ever desire to do. When paperwork gets stacked up and the stress levels are at an all time high, Potts finds peace and inspiration in simply attending a practice for 10 minutes.

“Seeing the dedication and the commitment of our coaches and our student-athletes, it just fuels me.”

On a usual day, student-athletes can find Potts rummaging through budgets, fundraising, facilities and having conversations with just about every coach on every team. Yet, not once has he referred to his occupation as work.

Although he may never tell you of his many accomplishments or share many of his personal stories, those who know him gladly speak on his behalf.

“I don’t think I know anybody who is as happy at doing what they’re doing as Dr. Potts,” Benton said.

Taking it day by day, Potts sets his sights on growing in his faith each day, further building his relationships professionally and personally, all while striving to make it to some championships along the way.

“As much as I loved and had a passion for athletics, the thought that I would ever get to be an athletics director, and at two division one schools, is just what God has done in my life and has far exceeded my dreams,” Potts said. “And I thankful for that every day that I get to do this.”

Yi Walks on with Hoops and Hops 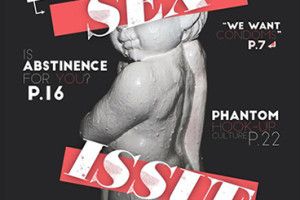