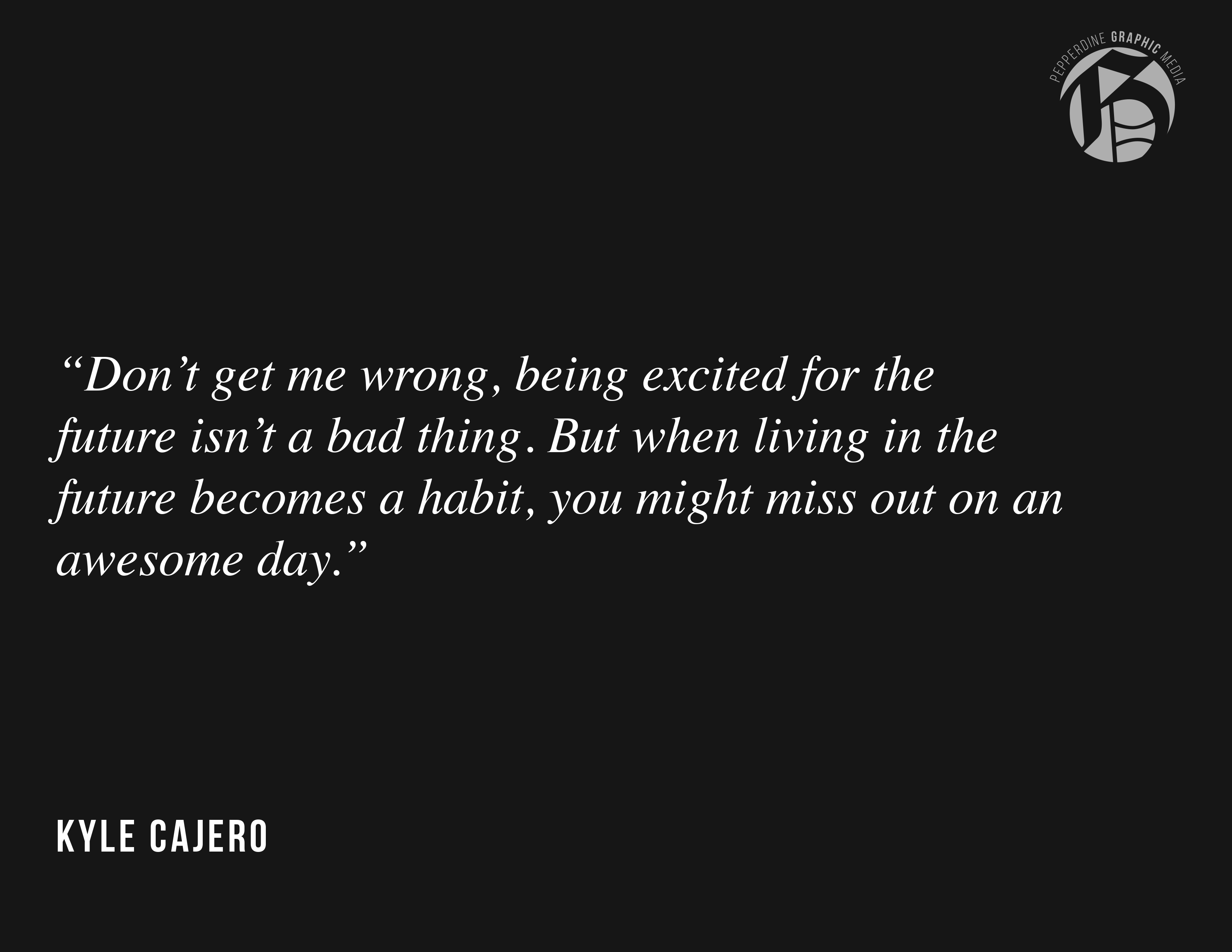 One of my most vivid memories of freshman year was the ceiling in Miller A4.

Not the mixtape I made for the 90-minute flight from Tucson to LAX. Not the breathless week of NSO. Not taking Cross-Country team pictures at Zuma Beach and realizing I was finally a Division I athlete. Not the cringeworthy speeches I struggled to give in COM 180. Not the court-storming game-plan I devised when I realized when Pepperdine was *thiiiiis close* to beating Gonzaga. Not even setting a new personal best in the 800-meter race stands out to me.

I wished away the present because I was too busy dreaming of the future. This has been a bad habit of mine: I was ready to leave high school after freshman year. I was ready to go to Pepperdine as soon as I got my acceptance letter in April 2014. And as soon as I arrived on campus, I was ready to bolt out of Miller and move on with my life. Rinse and repeat.

Don’t get me wrong, being excited for the future isn’t a bad thing. But when living in the future becomes a habit, you might miss out on an awesome day.

So don’t wish the present away, even though it’s so easy to grumble in the present and keep your mind fixed on what the future brings, whether it’s a year abroad, graduation, a job or a brighter future. I know it’s a cliche, but seize the day. As in “today,” not any other day.