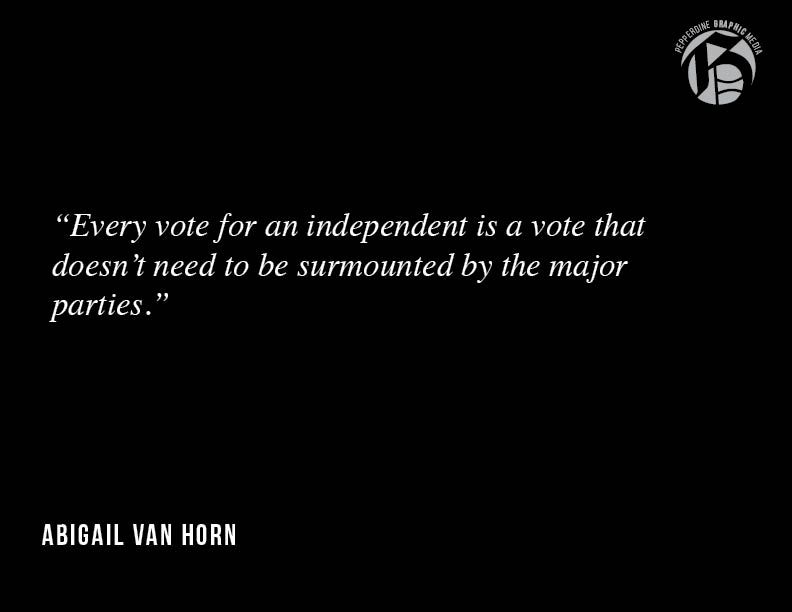 It seems that a majority consensus can agree that this election feels like an apocalyptic battle in which the voters effectively have to decide not who they want to win but who they want to lose. I have made peace with the fact that I am picking my own poison, but I know that some are instead voting for a third party candidate as they are morally opposed to both majority candidates. While theoretically this sounds like a noble action, it’s really not only throwing your vote away but also voting against whichever major party candidate you would have been willing to settle.

First off, the way that the American voting system is set up makes it nearly impossible for a third party to gain electoral votes. In fact, a third party has not won an electoral vote in the past 58 years, according to Time’s article “The Real Reason You Can’t Vote for an Independent Candidate” by Randy Barnett published Aug. 3, 2016. Essentially, because it’s fairly certain that a third party won’t win, if you vote for them, you are more or less throwing away your vote.

Here one may think “I’m fine with throwing away a vote if I can respect who I’m voting for. Donnie and Hillz are the worst.” However, this fails to recognize that every vote for an independent is a vote that doesn’t need to be surmounted by the major parties, meaning that they need fewer votes to win. For simplicity, consider that Democratic nominee Hillary Clinton originally has three votes [where you are one of the votes]. Then Republican nominee Donald Trump needs four to win. But, say one decided to change one’s vote to an independent party. Now Clinton has two votes and Trump needs only three to win.

Typically third party candidates, while drawing votes from both sides, draw more sides from one party more than the other. On CNN, interviewed by Alisyn Camerota and Chris Cuomo, House Minority Leader Nancy Pelosi, has recently cited the third parties as reasons why Clinton and Trump have been so close in the polls, as voters who would have normally ‘gone blue’ were attracted to Stein and Johnson.

The point of this opinion piece is not to advocate for one candidate over the other. However, it statistically seems that those who are opting for an independent party are those who would rather see Clinton in the White house than Trump. Then, as shown, voting independent goes directly against their self-interest and should be avoided.