‘Doctor Who’: A beginner’s guide to a timeless series

It is no secret that the British sci-fi series “Doctor Who” has gained a cult following on this side of the pond. Season six premiered on BBC America last April to a viewership of nearly 1.3 million, which blasted the show to the top of the charts as the station’s highest rated program to date, according to the Huffington Post. 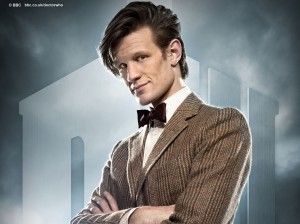 The television series first aired Nov. 23, 1963, and ran until 1989, when the show took a 16-year hiatus. In 2005, the series returned and has continued to break records ––not only the longest running science fiction series ever, but also the most successful, according to the Guinness Book of World Records.

With production underway on season seven, here are a few terms that new “Doctor Who” fans need to know before the premiere this fall:

The Doctor
The main character of the series. He travels throughout time and space on his TARDIS, saving the universe and making sure history follows its course. However, the line is often blurred between whether the Doctor is permitting these historical events to occur, or if the driving force is behind them. The last Time Lord from Gallifrey, he is on his 11th regeneration, and is currently played by actor Matt Smith.

The TARDIS
The Doctor’s “spaceship” that allows him to travel throughout time and space. Although she (yes, the box has a gender) does not always take the Doctor to his desired destination, she takes him to where he needs to be, which is usually some sort of historical tipping point. On the outside, she appears to be a blue police box from the 1960s, but she is much bigger on the inside, to the infinite astonishment of the Doctor’s companions and friends. 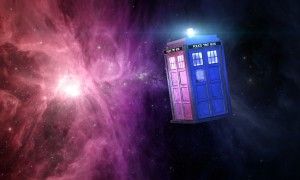 Time Lords
People from Gallifrey, who have a human-like appearance, yet possess distinct features such as two hearts and the ability to regenerate. When a Time Lord is dying, it develops a new exterior –– same person, different look. This makes them virtually immortal, unless they are killed before they have the chance to regenerate. The Doctor is the last of the Time Lords because his planet and his people were destroyed in a battle with the Daleks.

Companions
Those that travel with the Doctor, helping him save the universe and keeping him in check. Companions are usually human, and they hold him accountable for his actions when he succumbs to anger. Though they are a source of comfort for the Doctor, they are also a source of sadness because they cannot stay with him forever, a reminder of how alone he is. His true companion is the TARDIS.

The nemeses of the Doctor. The Daleks are cyborgs bent on universal domination, and have been genetically mutated to only feel one emotion –– hate. Their sole purpose is to exterminate any non-Dalek life forms, making them the mortal enemies of the Doctor. What science fiction series would be complete without emotionless robots threatening human existence? These are the Cybermen, humans that have been turned into machines and wiped of their capability to feel any emotions. Though the Doctor tries to destroy them, these two adversaries are continuously popping up throughout time and space, making them his two most persistent foes. 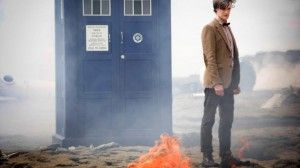 The Sonic Screwdriver
The only “weapon” the Doctor ever carries. This tool allows him to open locks, scan life forms, hack into computer systems and many other functions. However, it does not work on wood and, ironically enough, can’t be used as a screwdriver.

Drew Barrymore was spotted with a sonogram—what could that mean?
Copyright 2013 Jupiter Premium Magazine Theme
Back to top