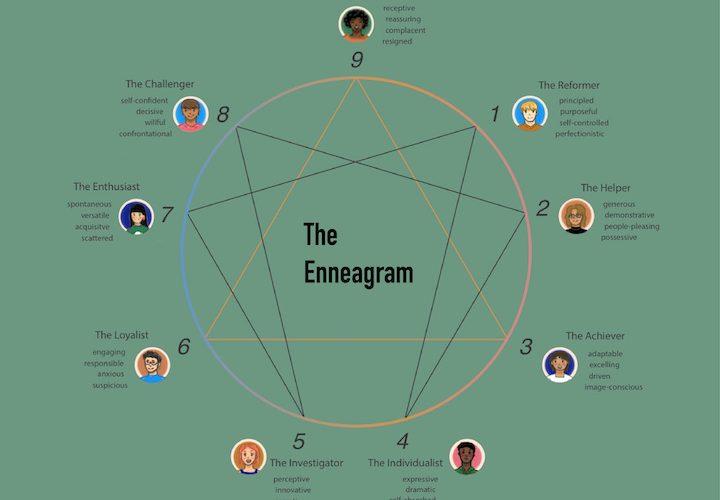 Humans try to understand themselves — how they think, how they relate to people, why they react the way they do — but this understanding doesn’t come easily.

Enter the Enneagram — a model of nine interconnected personality types with ancient roots that brings people a sense of self-understanding and an awareness of how others process the world.

“I feel like the Enneagram is really cool because it helps people accept themselves and be seen that they are accepted and they are known as their own unique self and that’s OK,” Rachael Murdock, a junior and a type Nine, said.

What is the Enneagram?

The Enneagram is a system of personality types that helps people understand their core motivations, attitudes and behaviors — both the positives and the negatives. It doesn’t stop there: The model also teaches people empathy for how other humans operate.

The Enneagram Institute, a company devoted to teaching the Enneagram, asserts Oscar Ichazo created the typing system in the 1960s, though official origins are debated. The symbol, however, carries roots from multiple religions, like mystical Christianity and Islam, and ancient Greek philosophy.

There are nine personality types which fit into the eclectic — yet intentional — symbol of the Enneagram. Type descriptions merely summarize instead of fully illustrate the personality. Each individual person has an innate basic type that never changes, although people can find characteristics of themselves in each type.

The model’s shape is crucial to understanding how the types connect. The model uses a type’s core motivation to divide each into three centers: the Instinctive Center (Eight, Nine, One), the Feeling Center (Two, Three, Four) and the Thinking Center (Five, Six, Seven).

Further, each center has a dominant emotion they feel when they lose their self-understanding, according to The Enneagram Institute. The Instinctive Center reacts with anger; the Feeling Center feels shame; the Thinking Center deals with fear.

The Enneagram exploded with popularity in 2017, according to a Los Angeles Times article examining Google searches. It gained momentum on Pepperdine’s campus as well, as students and professors said they found it unique compared to traditional personality tests.

“I think in some ways [it] gives a lot of language to something that doesn’t always have a lot of language ‘cause it’s just like your internal thought processes, which I think is what differentiates it from other personality systems,” Emily McNutt, a junior and type One, said.

The Enneagram focuses on people’s “internal drives” versus their “external presentations,” as traditional psychology tests do, McNutt said. Because of this, Alicia Yu, a junior and type Four, said the Enneagram feels more personal.

The Pepperdine students and professors interviewed confirmed the Enneagram is a tool for self-understanding.

“I like it because it helps people feel seen better,” Murdock said. “I think a lot of people, myself included — you can know yourself a little bit but then when you read that someone or this tool like the Enneagram has this understanding of how you might operate or how you think and feel — it just feels so, I don’t know, like you just feel so loved and understood and seen and known.”

When it comes to discovering what one’s type is, Murdock said the motivations and values characteristic of a type will resonate.

The importance of the Enneagram for young people

Cambry Pardee, a religion professor in the London Program, has taught the Enneagram in a Club Convo for the last two years. He finds the Enneagram to be a beneficial tool for college-aged students.

“We have found that it is so relevant to college-aged people because college-aged people are choosing who they’re going to be for the rest of their life,” said Pardee, who is somewhere within type Five and Six. “ … The Enneagram comes and confronts them with introspection, ‘know thyself.’ … It is better to know who you are than to know the future.”

“It’s a very Christian concept to be like, ‘Ugh, like I need to fully embrace every part of myself — the good and the bad,” McNutt said. “That I have these tendencies that are not great and these things about me that I think I’m really gifted in,’ and doing that for the people around you.”

She has the soul of an Enneagram enthusiast.

Coming to life in relationships

The typing system cannot exist without one of the nine types.

“There’s something we all bring to each other through the Enneagram that we all need,” McNutt said.

By knowing what other types bring to the table, the students said they found greater empathy for others. They discovered how the people around them had vital characteristics to their personalities that guided their behaviors.

“This specific tool has really helped me in my relationships with people, especially with my parents too,” Yu said. “… It’s given me a better understanding of them as people and not just as my parental units.”

Yu’s relationship with her freshman roommate was a case-in-point of how the personality model transforms relationships. Having once seen her roommate’s reactions as dramatic, Yu recognized the deeper foundations of such reactions.

“I think after knowing that she was a One, I was able to think about OK if sometimes she’s hard on herself, it’s not going to help for me to be like, ‘Oh my gosh. You need to chill out,’” Yu said.

Instead, she discovered how beneficial it was to remind her of her humanity and offer validation.

Pardee said the Enneagram is applicable in student-professor relationships. It allows him to know students deeper among the many he teaches by begging the questions: “Why do they do that?” and “What could their motives be?”

By knowing or guessing Enneagram types of students, Pardee can show charity and learn how to best approach them in tricky relationships.

The dangers of misusing types

While the Enneagram offers a deeper sense of self and develops empathy, Communication Professor Lauren Amaro raised a concern about the model’s qualifications.

“It is not a scientifically validated instrument and operates much more like a horoscope than a reliable measure of personality,” Amaro wrote in an email.

Some of its unscientific qualities are the unreliability of test results, the personal biases that play into choosing one’s type and a person’s possible evolution from one type to another. This is why it is not an academic tool and not something she uses in her classroom, Amaro said in a follow-up phone interview.

Pardee said he has recognized the imperfections of the Enneagram but still uses it as a relational tool because he has seen its benefits in action.

Amaro said she also finds a problem with how people use their Enneagram types once identified.

“My main quibble with it is that people use it in a predictive/prescriptive way (as in, ‘I’m an [Eight], so that’s just how I’m going to operate’ or ‘that’s what an [Eight] would/should do’), rather than using it as a descriptive tool (‘[Eights] sometimes behave this way or that way’),” Amaro wrote.

This unhealthy use of the Enneagram keeps people in line with their type’s tendencies rather than recognizing their type’s limitations and making healthy choices toward growth, Amaro said.

Despite lacking a scientific background, the Enneagram has power. The students interviewed and Amaro noted the positives it can have on Pepperdine’s campus if students knew about it. 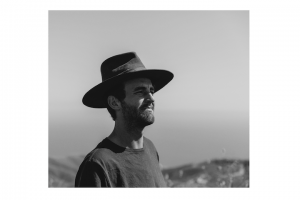 Photo courtesy of Jaxon Burgess A picture speaks a thousand words. Turn that picture into fashion, and it could change...
Copyright 2013 Jupiter Premium Magazine Theme
Back to top