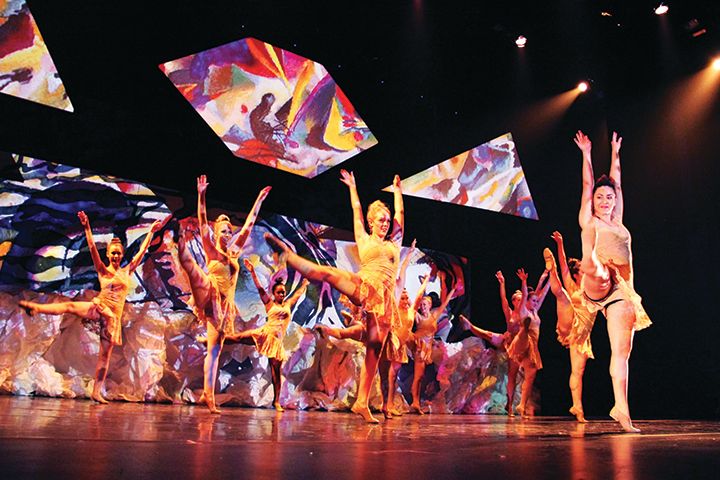 Dance in Flight 2015 kicked off on Thursday and finished Saturday night with a fabulous performance featuring a colorful, dynamic and thought-provoking demonstration of a variety of art forms coming together as one. This year, the DIF team effectively blurred the lines between the visual and performing arts by combining dance, mixed media art, performance art, film and music. The performance was inspired by notable works of art throughout history and the shapes, figures, styles, colors and artists who produced them.

“Tessallete,” choreographed by Director Alexandra Palmer and performed by senior Constance Egli, senior Meghan McDonough and junior Melinda Marchiano, was inspired by Leonardo da Vinci’s “Vitruvian Man.” This piece, drawn in the year 1490, is based on the correlations of ideal human proportions with geometry described by the ancient Roman architect Vitruvius. The piece effectively depicted the three dancers in a beautiful struggle, the movements of which are captured by ink and paper as the artists move about their workspace. Their bodies are seen both head on and from above via a projector, which enhances the dramatic experience that the audience feels as they see the emotion pouring from the dancers onto the paper beneath them. 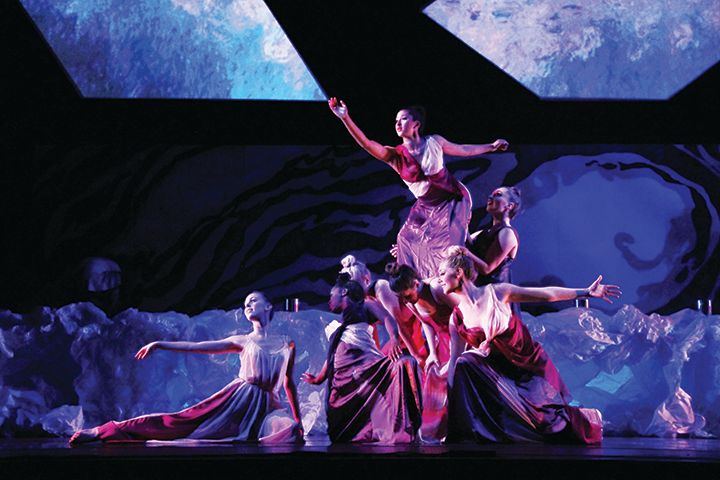 The choreographer, when designing this piece, reveals in her choreographer’s note in the DIF program that she was “inspired by the amazing power and beauty of the human body, and the spirit of the creative process.” Palmer further explains that her aim was “to document the three dancers as they brushed and swept through a series of movements; every stretch and roll about the canvas was meant to leave behind a piece of evidence of what the body is capable of.”

These goals were absolutely achieved in this piece. One could feel the intense passion and messiness of human emotion, which was exuded by the dancers in every movement and facial expression throughout the performance. The ink, which so perfectly documented the movements of the human body, was also smeared on the bodies of the dancers at the end of the dance, which served to create the notion that in the moment, the dancers were their emotions, and were one with their passions and literally covered in their art. 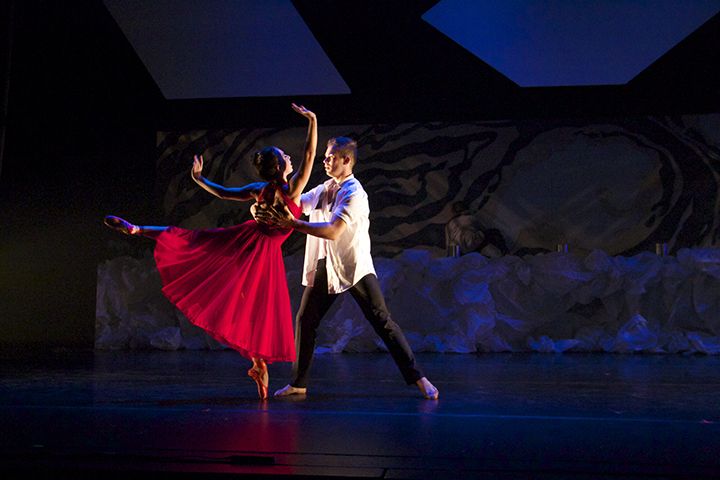 “Always Remember Me,” choreographed by junior Melinda Marchiano and performed by senior Constance Egli, junior Matt Myatt, senior Meghan McDonough, junior Melinda Marchiano, freshman Morgan Hoog and junior Robby Gouveia, was based on Salvador Dali’s “Persistence of Memory.” This piece, created in 1931, was a surrealist attempt to rebel against the notion of a fixed cosmic order and discredit completely the world of reality. The choreographer did a wonderful job of conveying the artistry of the original painting by creating a piece that morphs time and memory into something indistinguishable and oddly recognizable.

In the dance, the choreographer sought to capture the same essence through exploring inside both the life and mind of a woman with Alzheimer’s. She is the main character of the piece, and she is haunted by the distant memory of a lover. Her younger self and her lover dance around the stage gaily, and he ultimately presents her with a token of his love: a watch.

One can feel the anguish and pain of the main character as she struggles to remember a lover who has gone away forever. In the choreographer’s notes, found in the program, Marhciano shares that “by struggling to convey the unknown nature of the disease, the dancers hope to share a thought-provoking immersion into time, timelessness and the unknown nature that lies between.”

Overall, Dance in Flight 2015 was an emotional roller coaster. Every piece connected with a different aspect of the human experience: the joy and pain of relationships depicted in “Say You Love Me,” the beauty of romance in “The Singing Butler,” the joy of womanhood (accompanied by leggings, sparkly heels, and the fair share of sass) as shown in “POP!,” and freedom from social norms depicted in “Fear.” DIF was a success because it caused the audience to feel something, to connect with the music and dancers on an intense emotional level that often resulted in goosebumps. This is the sign of a memorable and effective performance. 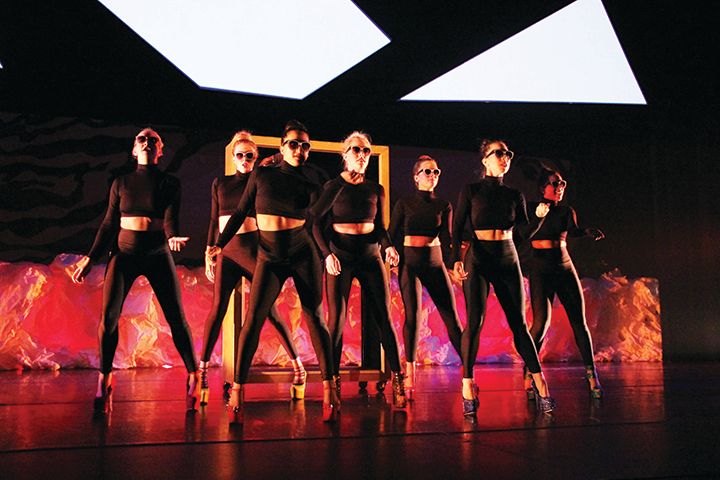