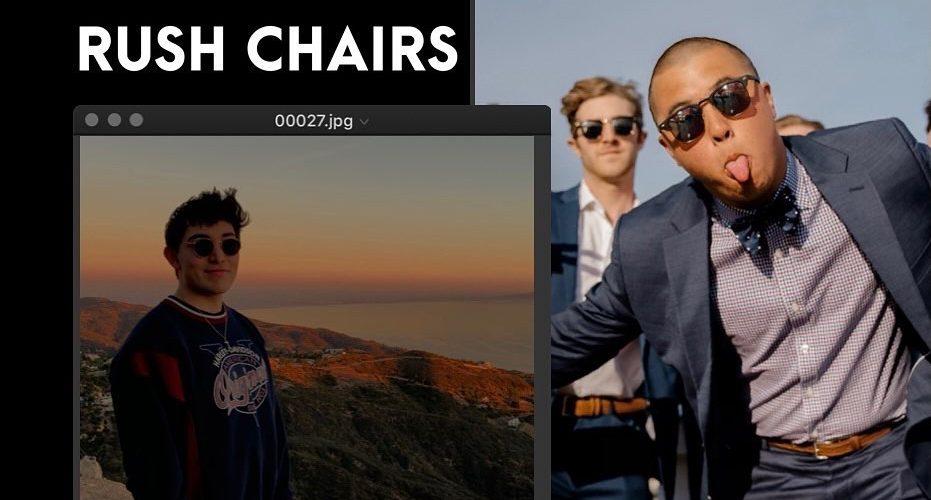 When planning for 2020-2021 Recruitment last year, the Interfraternity Council faced a choice: hold virtual Recruitment in the fall as scheduled or postpone Recruitment to the spring in hopes that Pepperdine students would be back on campus.

IFC Advisor Allison Green said even though the choice was unprecedented, it was relatively easy to make.

“When Pepperdine announced that fall would be remote, the IFC leaders felt strongly that they wanted to postpone Recruitment until the spring semester,” Green said.

While Panhellenic organizations were able to restructure their recruitment processes in time for fall with assistance and resources from the National Panhellenic Conference, Green said IFC organizations had no such support. Additionally, Pepperdine’s historically Black chapters, Alpha Kappa Alpha and Alpha Phi Alpha, often hold recruitment events in spring, because students must have at least 12 academic credits to be eligible.

Rather than conduct a hastily organized fall Recruitment, Green said IFC leaders opted to defer Recruitment to give organizations time to properly prepare for both the possibility of virtual Recruitment and in-person activities.

Junior Mason Chin and sophomore Dylan Hagen, who co-chaired Alpha Tao Omega‘s Recruitment efforts this year, said due to the interpersonal nature of Recruitment, they held out hope that Pepperdine could host events and classes on campus in spring. Unfortunately for Chin and Hagen, LA County’s COVID surge in late fall quickly dashed their hopes for in-person Recruitment.

“We didn’t want to have all the freshmen or people who wanted to rush be missing out for a whole year, so we decided we had to bite our tongue and do it online,” Chin said.

“Without those in-person points of contact, there is a group of people that normally would have explored the option but didn’t come across our digital/online marketing or didn’t read emails in full,” Green said.

In their efforts to promote ATO, Hagen said he and Chin found students were more active on social media than more formal spaces like Peppervine. These platforms also allowed for more personal connections between active members and recruits.

“Social media was a huge key factor in organizing all this,” Hagen said. “After organizing events and figuring out what we were gonna do online, we did a lot of aggressive recruiting in terms of Instagram, mainly.”

“It’s kind of hard and intimidating, I would imagine, going into the recruitment process not knowing anything and not having spoken to anyone who’s already in an organization,” Hagen said. “They really liked the fact that we were reaching out and they felt wanted.”

Hagen said replicating the casual and interpersonal environment of chapter events through inherently formal and structured mediums such as Zoom was particularly challenging. Hagen and Chin worked to orient meetings and presentations toward recruits by encouraging active members to participate, creating breakout rooms in Zoom meetings and sharing stories from past activities that highlight their organization’s values.

“There were a lot of different informational presentations that didn’t overwhelm the potential new members, but I think was very helpful for them to learn about us,” Hagen said. “That was sort of how we made up for the fact that our reputation can’t be heard through casual talk.”

“We’ve had less registration and participants in both Panhellenic and IFC Recruitment this year,” Green said. “I’m not surprised since again a percentage of those that usually sign up for Recruitment come from word of mouth and interact with current students on campus.”

ATO’s Recruitment reflected a similar decline in new membership, but Chin praised the characteristics of those who joined the organization.

“It was a lot lower than what it would normally be in person, but we still have a normally sized pledge class and we feel great about the guys we got,” said Chin about ATO’s new membership numbers. “They’re all perfect fits.”

Rather than keeping IFC Recruitment in spring, Green said organizations will resume their traditional Recruitment schedules this fall.

Chin and Hagen, who will spearhead ATO’s Recruitment in the fall, said although this Recruitment proved successful, they are eager for in-person Recruitment to return.

“Hopefully this is a one-time thing,” Chin said. “I think a lot of it revolves around this being a very unique situation, not being able to meet the people that would be joining an organization or fraternity in person.”

Hagen said several of the strategies he implemented this semester would continue to be useful when in-person Recruitment resumes. Specifically, social media and direct messaging will become a larger part of his strategy in the future.

“Instagram DMs was a huge key for us, which we as a fraternity have never done before,” Hagen said. “I think it would be very nice once we’re in person to be able to send these messages out and then follow up by meeting them in person before Recruitment even begins.”

Satisfied with the performance of spring Recruitment, Green said she now turns her attention to this fall’s Recruitment and expects IFC organizations to continue thriving.

“That means two major Recruitment periods in a calendar year for these leaders, but it will be such a great leadership experience!” Green said. 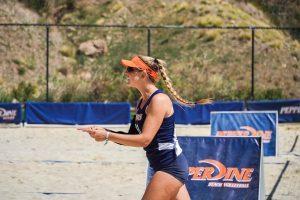 Freshman Calista Wright celebrates a point during the Sunday, March 21 beach volleyball matchup versus Concordia and USC at the Malibu...
Copyright 2013 Jupiter Premium Magazine Theme
Back to top