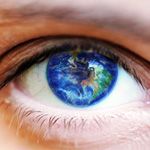 Take it from someone who avidly collects The New Yorker, has rare 19th-century editions of Shakespeare and Tennyson on her bookshelf and has seen just about every Rolling Stones documentary ever made — at a certain point, enthusiasm is looked upon with skepticism or disapproval.

If you are a Millennial enthusiast, a good number of people will cynically assume you’re some kind of poser, strategically adopting a particular set of interests to project a certain image. If you happen to speak in an overtly passionate and long-winded manner about said interests, it may be assumed that you’re flaunting in a way that is either disingenuous or pretentious. What the people who make these assumptions do not understand is that your enthusiasm is truly, entirely genuine, and when you talk about the object of your enthusiasm, there is nothing false or contrived about your adoration.

Why is this so hard to believe? When did we become so cynical? Maybe this is a phenomenon specific to our young age, but apathy seems to be more fashionable than enthusiasm.

Maybe it starts around junior high or high school, when not caring about grades becomes cool and the kids who love learning are targets for scorn. It is also around this age that rebelling against norms, rules and expectations becomes a badge of cool — because it’s cool not to care what your parents want, just like it’s cool not to care what your teachers think of you and it’s cool not to care about the school dress code. The result is a rootless, pointless spirit of rebellion, the only aim of which is to rebel for rebellion’s sake, to work against something undesired rather than to work toward something desired.

These are phases we (hopefully) grow out of by our late teens, but the indefinable allure of apathy seems to leave some lingering cultural residue. Overwhelming enthusiasm is still a bit foreign and freakish, and so it is received with confusion by some. If you are among the confused or skeptical, however, I’d suggest giving shameless enthusiasm a chance.

I love being around people who are unabashedly enthusiastic about the things they love, and I would choose their company over the sullen and ironic any day. My friends are the ones who spend hours in art museums staring at Turners and audibly exclaiming at the sight of a Caravaggio. When they see a piece of architecture that takes their breath away, they stop in the street and take a seemingly endless series of photographs. Especially beautiful sunsets call for a drive up the coast, and, even at a place like Pepperdine, the view of the ocean never gets old to them. When asked about their favorite musicians, they instantly light up and become wildly animated.

So when Neil Young comes on the radio and I feel the need to turn it up and listen in silence, they don’t wonder why. Nor do they wonder how something so simple could make me unspeakably happy.

In a 100-page report published last week by the LA County Sheriff’s Department, 2012 crime statistics indicate that while...
Copyright 2013 Jupiter Premium Magazine Theme
Back to top