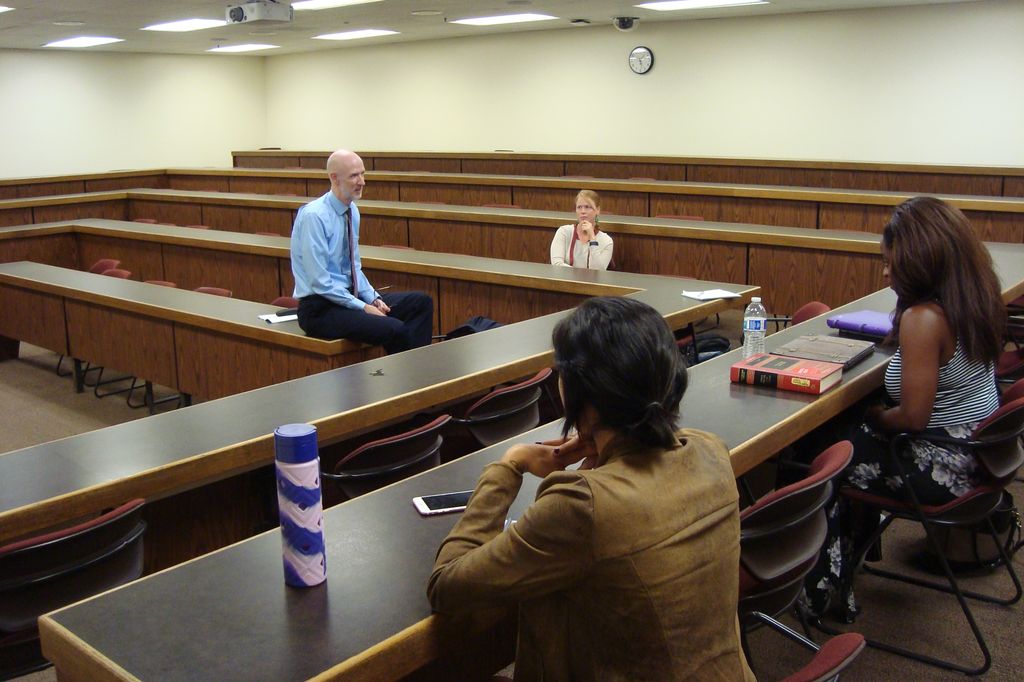 In continuation of an informal series of forums last spring, Al Sturgeon, dean of Graduate Studies at Pepperdine’s School of Law, opened the conversation for law students to discuss diversity in a tolerant environment.

Dean Sturgeon served as the Dean of Students at the Law School for four years before assuming his current position this past May, but he is continuing his leadership in the diversity and spiritual life programs. Sturgeon said his intention with these conversations is to “foster a living room community” where students know their voices are heard and can sit together in the often uncomfortable truth that there isn’t always one right answer.

Sturgeon posed an initial question to the group regarding current events, and the impromptu setting and diversity of student representation allowed for candid discussion free to divert in any direction the students chose.

In an interview after the event, Dean Sturgeon said that he “was shocked that pressing controversial topics were not brought up in class” during his time as a student at Pepperdine’s School of Law.

“A desire to change that for [his] own students,” he said, “drove [him] to host these discussions — and the occasional dinners at [his] home — in order to further the spirit of appreciation.”

“Coming off of the Law School’s Diversity Week, the attitude among the student body has provided pathways for conversation and connections for people of different cultures to find one another,” Dean Sturgeon said.

These forums are intended for law students, but Sturgeon said he encourages Seaver undergraduates to engage with each other in informal discussions about what’s going on in our world today. The best way to initiate this, he said, is to “just get together and talk.”