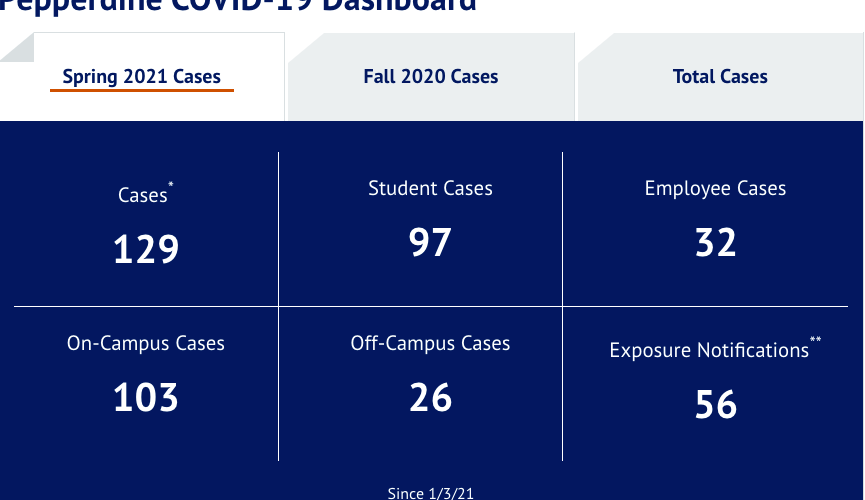 The week of March 23, Pepperdine experienced its first COVID-19 outbreaks on campus. The University has recorded 58 COVID-19 cases since March 25, 43 of those connected to the outbreaks.

The University tracked three outbreaks between students, Chief Business Officer Nicolle Taylor said. One outbreak stemmed from Athletics and spread between student-athletes, one from Lovernich Apartments and one from Drescher Apartments.

Of the cases, 22 came from Lovernich, 11 from Drescher and 10 from Athletics, with some overlap between Lovernich and Athletics, Taylor said, according to the Student Health Center’s records.

Since the identification of the outbreak, the University has performed weekly COVID-19 tests on Lovernich and Drescher residents and increased testing of athletes.

The Pepperdine COVID-19 dashboard shows weekly case numbers since January. The University witnessed a spike in cases the last week of March and is beginning to see the outbreaks resolve. Screenshot by Ashley Mowreader

Due to the continuation of the outbreak, Drescher and Lovernich remain at single-occupancy until further notice, Taylor said, meaning some students will remain in first-year residence halls or in Seaside.

“I suspect Lovernich will resolve before Drescher, because — knock on wood — unless another positive case comes either out of Seaside or Lovernich, then it is likely the Lovernich outbreak will resolve first,” Taylor said. 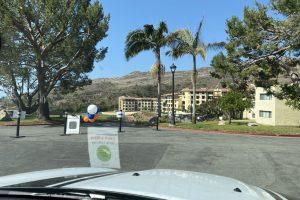