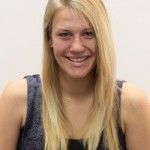 I am a second-semester senior and am trying to finish up my Malibu and LA bucket list. Do you have any specific recommendations about things to do or places to see before I graduate?

Ah yes, the College Bucket List — we all have one. Whether your list centers on hiking to the Hollywood sign, rollerblading in Venice or spotting Johnny Depp in the Malibu Ralphs, it can be shocking how quickly four monotonous, isolated and unbearably uneventful years can fly past before one is able to accomplish any of these vital tasks. What’s left then but to carpe diem and make the most of these few fleeting months before inevitable economic demise and social stagnation sets in post-April 27. Here are some essential SoCal experiences you might look into before the dark day dawns:

No. 1: Interact with the Malibu homeless community

SOS (Standing on Stone) is an incredible opportunity through which Pepperdine students might make a lasting difference in the lives of those “less fortunate.” Indeed, all involved parties might glean invaluable personal and intellectual compensation through the verbal exchange of differing life experiences. That being said, why stop with SOS? Delve further and take in a homeless junkie in an effort to turn a slight profit in this weakened real estate market.

No. 2: Conduct a SoCal Social Experiment

Leave your purse or wallet in the back of a cab when traveling through West Hollywood. Having done so myself just one year ago, I cannot articulate precisely how rewarding it was to witness the extent of human goodness; I received my wallet in the mail two months later containing nothing but my PinkBerry punch card and 11 cents. A crumpled purple sticky note read: “Found on the corner of 107th and South Wilmington.” For those of you who don’t know where that is, Google Watts, South Central. That’s over 20 miles from where I lost it. God is good.

With gas prices as they are, one may feel discouraged at the mere thought of having to drive at least 35 minutes to reach the closest LA attractions. Why not hop on one of the many metro buses seen veering wildly into the bus lane at the foot of John Tyler Drive? Can’t afford the $1.50 commuter fare? Simply take to the streets on foot. It only takes 11 hours and 49 minutes to reach Griffith observatory from the Malibu McDonald’s sans vehicle. Not only will this activity likely give you a chance to check No. 1 off of this very list, it is also highly probable that you will end up alone on a street corner in one of the neighborhoods mentioned in No. 2. Three birds, one Los Angeles Metro odyssey.