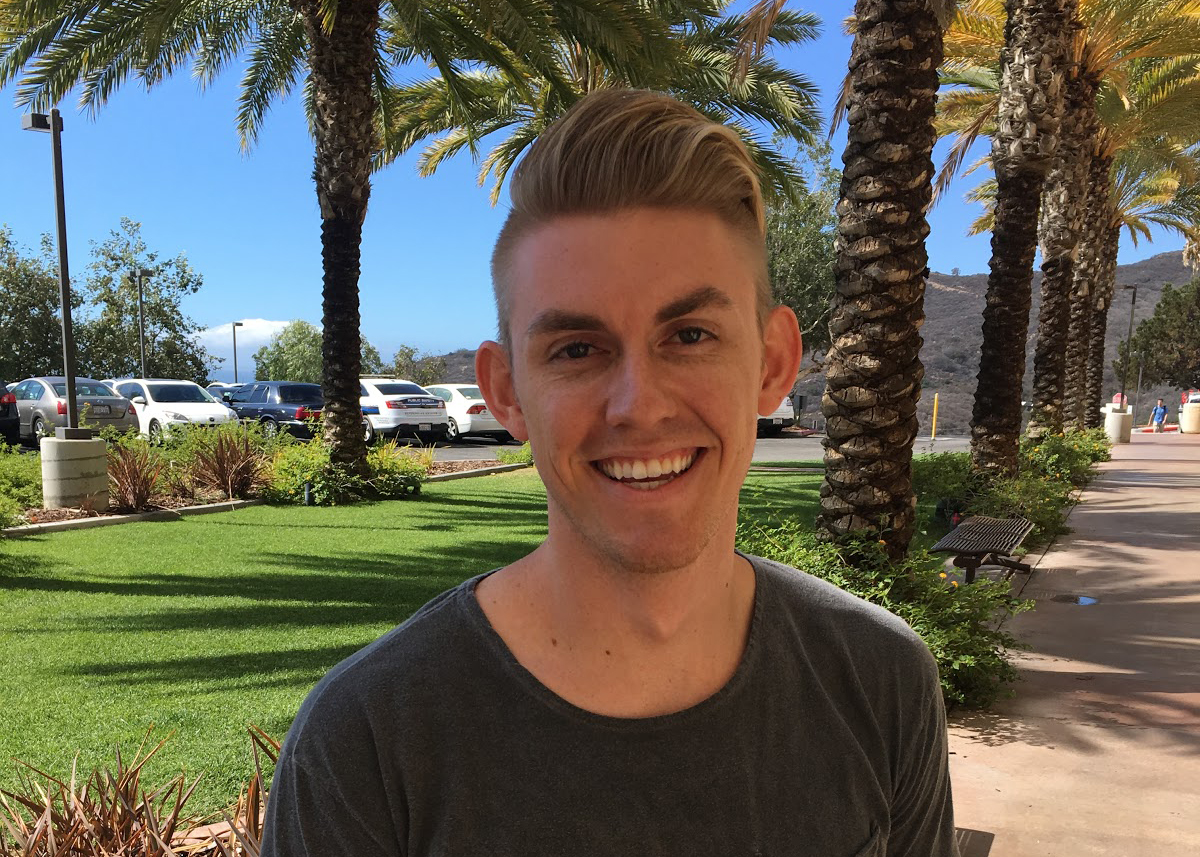 Crossroads President, senior Cameron Hart, acts as mentor and confidante for the LGBTQ+ community and those who struggle with the idea of coming out.

“There’s this quote that I really like that kind of pertains to coming out or being a leader within the LGBT community,” Hart said. “I don’t know who said it but it says: ‘be the person you needed when you were younger,’ and that’s kind of my driving force behind everything I do with Crossroads.”

Hart’s coming out process spanned three years and was filled with challenges and struggles he had to overcome, he said.

“My freshman year here at Pepperdine, had there been a club like Crossroads, my experience on-campus and off-campus, and kind of the distress, that I went through, wouldn’t have been as stressful for me,” Hart said. “It’s essentially something I would have wanted as a freshman my year, struggling in the closet. And I know that there are a lot of people that need that.”

He said for those in the LGBTQ+ community who wish to be anonymous in their coming out process but want to take steps toward becoming true to their authentic selves, there is a Crossroads email Pepperdinecrossroads@gmail.com monitored by himself and the Vice President in which students can receive mentorship and assistance in figuring out how and when to come out.

Hart said the Counseling Center is another means by which students can get in contact with him and Crossroads if they want to come to the next meeting or talk about their journey entering the LGBTQ+ community.

Hart said counselors can reach out to him asking when the next meetings are so they can relay that information to a student. He also said the Crossroads schedule is posted on the Facebook page, detailing meeting times and the schedule of events.

Hart’s own journey of coming out began junior year of high school coming out to his mom, and culminated Feb. 22, 2015 during his sophomore year of college with a letter to his fraternity, Sigma Chi. He said that the beginning of sophomore year is when he decided he needed to do something to be his truest self and let others know it. He began sharing with his friends, starting with his inner to outer circle before he wrote that final letter to Sigma Chi.

Hart said that giving this letter to Sigma Chi was scary.

“I don’t think I could have been more overwhelmed – it exceeded my expectations – and that’s kind of an understatement,” Hart said. “My expectations were backlash and it was the opposite. I was received with the most loving open arms of any group I’d come out too.”

“And that’s because with Sigma Chi, the way our brotherhood is designed is that we put relationships with one another first … and then comes everything else,” he said. “So I think the fact that we had already established that among one another – it was really trivial – looking back on it with 20/20 hindsight – it shouldn’t have been that big of a deal and I don’t know why I was worried about it so much because they were my biggest fans and still are to this day.”

Hart said that he is a very vocal person and is extremely open about that which is going on in his life.

“I try not to put up any facades and I think that goes back to my junior year of high school when I lost my dad to cancer,” Hart said. “And so having to face that and really just not beat around the bush and be blunt with it because it happened and there’s no way I can reverse that. So as honest as you are with that – to yourself and to other people – the more you’re going to be able to cope with it. And I think that’s why I’m more open to things.”

Hart talked about a new aspect of Crossroads that he implemented, called “Brave Space,” providing an open forum for students to talk about coming out. Every other meeting will be a “Brave Space” meeting, with the other being informational. He said that the “Brave Space” meetings are similar to a support group of sorts. The backing to his choice to call these meetings “Brave Space” instead of “Safe Space” is a testament to the courage that it takes for individuals to come out.

Hart said he didn’t have many expectations about “Brave Space” because he didn’t know how it would be received. But he said it exceeded anything he expected with about 20 students showing up.

“The conversation was slow to start but once we all got comfortable with one another and introduced each other, it was really, really special; just authentic, real dialogue between all these LGBT students,” Hart said.

Members of Crossroads notice Hart’s hard work and his care for his LGBTQ+ peers.

“Cameron is doing an amazing job at fostering an open, inclusive and united LGBT community,” Jack Busch, junior member of Crossroads, said. “I think that the community was broken and very disorganized my freshman year. He has mentioned that a major goal for Crossroads is to create a more visible and strong LGBT community, which is so important to many students who might not find that same type of unconditional love at home.”

For those who are wanting to come out, but aren’t sure how or when to go about it, Hart said: “I would advise these people to go about it on their own time … Do it exactly how you want to do it in the time frame you want to do it in. But at the same time, don’t be entirely closed off to some more forceful influences because sometimes it takes an outside push for you to get going and then realize it’s something you want to do.”

“For the longest time, I didn’t even believe myself that I was going to come out,” Hart continued. “But the fact I gained a lot of momentum by coming out to individual people and the people that I trusted, I kind of used that as fuel to complete my coming out process.”

“You don’t want to come out to the wrong person,” he said. He recommends establishing a strong basis of acceptance before coming out to the people that he or she is worried about their reaction.

Hart said that even he sometimes doesn’t fully understand some of the challenges LGBTQ+ students face because he didn’t face much oppression. He said his friends and family were very loving and accepting and he never had to defend himself for who he was. This ease allowed him the opportunity and desire for a leadership role in an organization like Crossroads, Hart said.