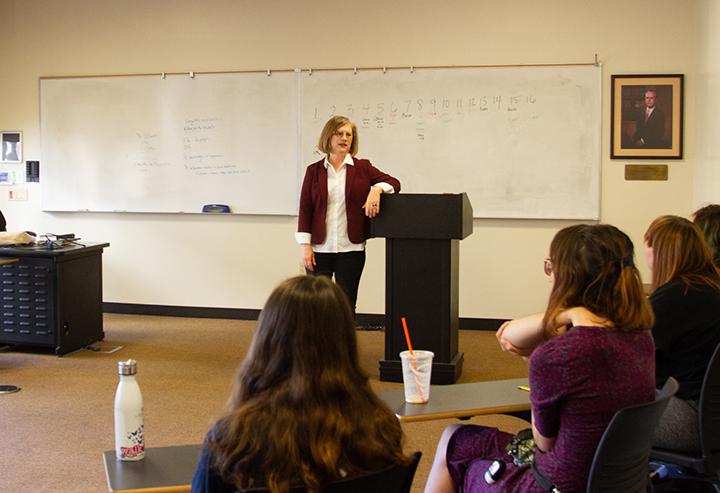 Chaplain Sara Barton teaches the art of preaching in her class, “Ministries of the Church: The Ministry of Preaching.”

This semester, Chaplain Sara Barton became the first woman at Pepperdine to teach a preaching course in the Religion Division. Barton is an outspoken voice in the community for shared church leadership between men and women, and the class is a reflection of that with eight female students and one male student.

The official name of the course is “Ministries of the Church: The Ministry of Preaching.” This is the first semester the university has offered the class to students in several years. Barton said she hopes the class will help the next generation preserve the ancient and sacred art form of preaching.

“It’s my hope that we don’t lose that in the life of the church,” Barton said. “That is what is exciting to me about the class — I am with young people who are willing to experiment with what I call a new homiletic.”

Barton said she brought the idea to teach the preaching course to the Religion Division because she felt that her extensive preaching background equipped her for the role. Barton holds multiple degrees in ministry, including a doctorate degree, and has extensive preaching experience. She also authored “A Woman Called,” a book describing her personal journey to understanding her call to ministry.

After spending much of her time conversing with both male and female graduate students who are interested in pursuing a career in ministry or religion, Barton said she was excited to begin teaching the course. The course is designed for students pursuing a Master’s in Divinity, Ministry or Religion, but anyone can take the course.

Barton said the goal of the class is to provide students with the opportunity to understand the role of preaching in the life of a congregation. She emphasized that all messages must be firmly rooted in scripture.

Sierra Perry, who is pursuing her Master’s in Ministry, said she wanted to be able to take a preaching course specifically from a woman’s perspective in her ministry program.

“It comes down to just getting your reps in but finding places as a girl to get your reps in, and to be able to speak can be a little bit challenging,” Perry said.

Perry said Barton has served as a mentor in her ministerial pursuits. Perry also said she has enjoyed listening to Barton’s sermons and learning from her speaking style as a woman.

“Even if I slightly mention another friend who I’m like, ‘Oh this person is interested [in preaching]’ she’s like, ‘How can I move them in? How can I help them?’” Perry said. “And I’m just like, ‘Oh wow, you’re so intentional about this.’” 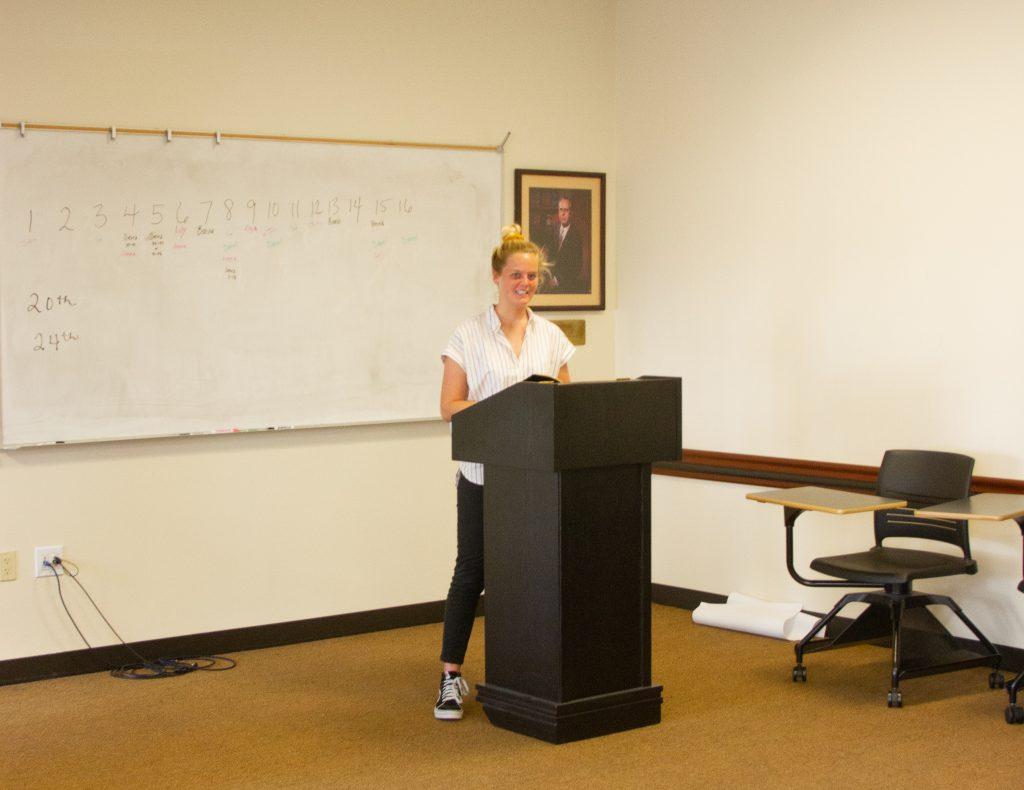 Graduate student Sierra Perry shares an original sermon with the class Tuesday, Feb. 25. Perry said she was excited to learn about preaching from a woman’s perspective.

Daniel Perez, a second-year graduate student earning his Master’s in Divinity, is the only male student in the class. Perez said he was excited to discover that the preaching class was taught by Barton.

“I really respect [Barton] as a minister; she is one of the best and most kind-hearted people, but also such a talented speaker,” Perez said. “Historically, leadership in the church has been male. I think it’s just a really special time that people are not only [beginning] to accept but to actually put women into higher leadership roles in the church.”

Perez said he would describe the atmosphere of the class as a safe space with no hidden agenda. Perez also said he loves being surrounded by the women in the class who talk about scripture with curiosity and authority.

“I guess it just inspires me,” Perez said. “They’re going against all norms and they’re making their own path and following the Lord at the same time. I’m just really happy to be in the presence of it.”

Barton said some students in the class already feel called to preaching while others are still exploring their interests.

“[The first day of class] we went around and shared why each student was taking the class,” Barton said. “It just put all of us at ease.”

Every week, students in the course share a message on a topic or theme that Barton assigns them. The first week, students were assigned to an epistle from the New Testament. Barton said she was impressed with the students’ support for one another.

“I thought that was success number one — that we all found it to be fun and not scary,” Barton said. “I’m sure a few people were a little nervous, but overall, we’re all really there for one another.”

Barton supplements her teaching with Lucy Lind Hogan’s book “Graceful Speech.” Hogan bases her preaching model on the idea of God being in community with people.

Correction: Sara Barton has multiple degrees in ministry, including a doctorate degree. This was incorrectly reported in the original version of this article.

Swimmer Opens Up About Spahn Era 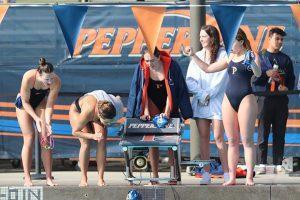 Swimmer Opens Up About Spahn Era

Five swimmers encourage a teammate after she completed a race at their home invitational against Azusa Pacific University....
Copyright 2018 Pepperdine Graphic
Back to top