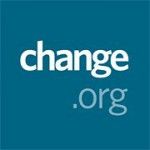 Ten years ago, the easiest way to get a petition signed on college campuses was to walk around with a thick clipboard of empty lined paper and pen, bombarding students (mostly freshmen) with philosophical questions that would compel them to leave their signatures. While that might still be the practice for some, with the evolving technology of the Internet and social networking platforms like Facebook and Twitter, it was only a matter of time before petition signing also found its place online. Founded in 2007 by two former classmates of Stanford University, Ben Rattray and Mark Dimas, Change.org is an online “platform for social change.” Its purpose is to give tools to people to promote their campaigns to a wide variety of people around their neighborhoods and the world.

And it’s all completely free. When starting a petition, the only information the site asks for is why do you want this petition, what do you want them to do, and why is this important. Change.org is classified as a certified B corporation, which means it uses the power of business for social change and the betterment of the world around it.

While Change.org has been affecting communities around the world, issues pertaining to college communities have become increasingly visible recently.

The University of Virginia Board members are petitioning to pay all direct and contracted workers a living wage of $13 per hour and benefits. The still active petition has over 2,700 signatures.

Students and administrators from the University of Marist are petitioning Governor Andrew M. Cuomo of New York to install fire sprinklers in all student housing on and off campus after three students were killed in a campus fire. This still-active petition has over 2,500 signatures.

Last year, Pepperdine students petitioned the administration and the Board of Regents to overturn their decision to deny recognition to LGBT students. The petition received almost 9,000 signatures to date, which is almost triple the number of students at Seaver College. Change.org has revolutionized petition signing because the website has followed the trend that makes social media sites so popular: they connect communities across the globe with others who have similar interests. While many of the signatures on the Pepperdine petition came from students, a large amount stem from alumni, friends of the University and complete strangers thousands of miles away.

Pepperdine Alumnus Alexander Cooper, Class of 2012, turned to Change.org with Lindsay Jakows last spring when Pepperdine initially refused to recognize the LGBT group Reach OUT.  Cooper states, “It was incredibly instrumental in spreading awareness across the Pepperdine community. As a student, it’s hard to reach out extensively to alumni, parents, and other members of the Pepperdine community who no longer reside in Malibu. The Change.org staff, however, were able to better publicize our petition through their mailing lists. Because of Change.org, we received hundreds of signatures and thoughts from alumni, former faculty, parents and Christians in general who would not have otherwise heard about Reach OUT.”

Even though a majority of these petitions receive most of their signatures within the first few weeks of their formation, many petitions are still receiving signatures months after they were originally posted on the Change.org website. The most recent posting on the Pepperdine petition occurred Sept. 1.

The impact of Change.org has the potential to make a significant difference on Pepperdine’s campus and social justice endeavors in the future. If you want to add a petition, go to Change.org, answer a few questions about your campaign and soon enough you could be receiving thousands of signatures for your cause.

Who cares about issues? Let’s see those abs!

Who cares about issues? Let’s see those abs!

Every four years, something strange seems to overtake our country. In the months leading up to November, those who had previously...
Copyright 2013 Jupiter Premium Magazine Theme
Back to top