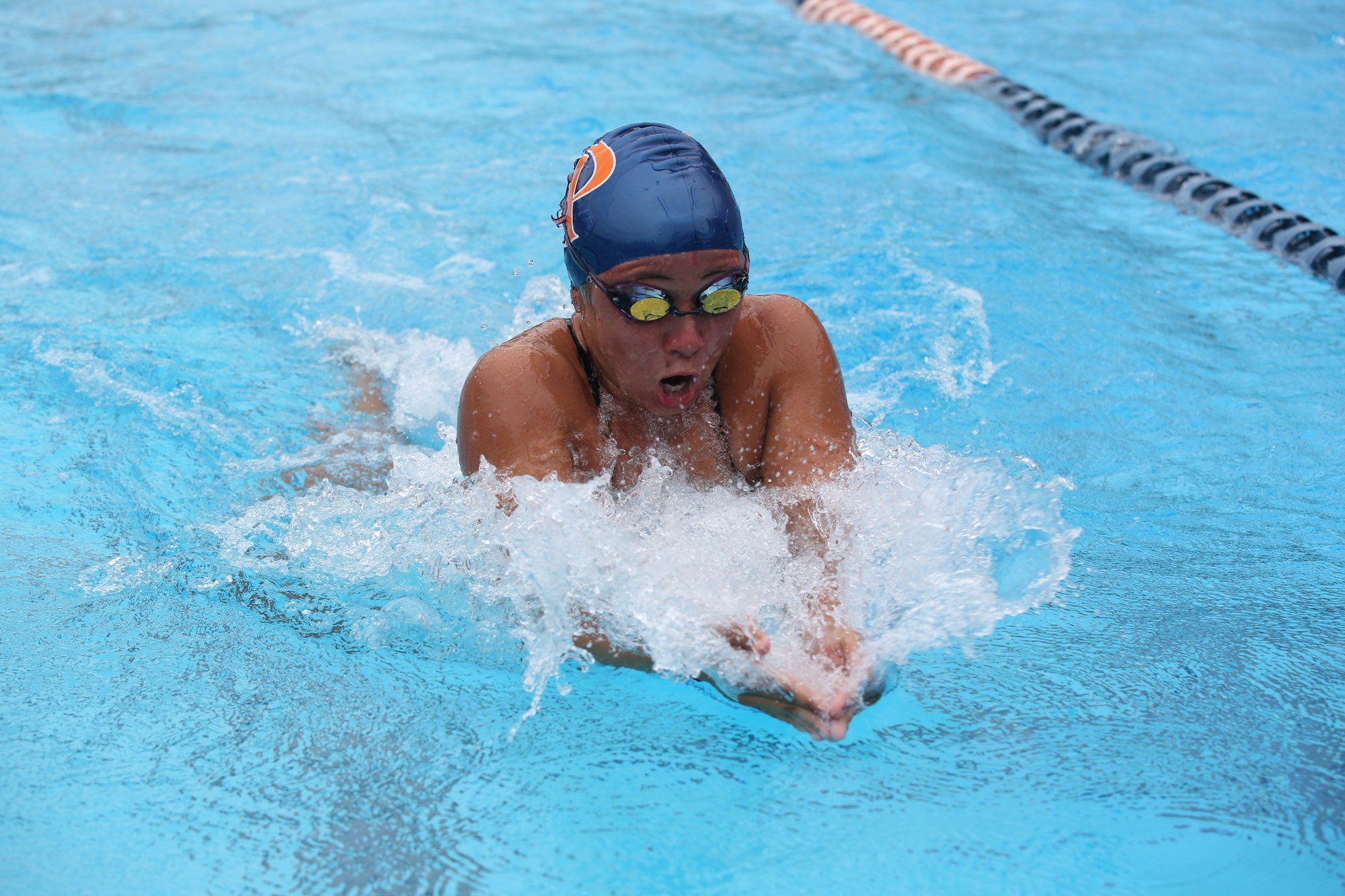 The Waves had a consistent four-day tournament and broke multiple records in the process. In a transition season for the Waves, Joe Spahn was named as the head coach in April and went through this season with a small roster. The Waves concluded the season off with their best finish since the 2007-2008 season.

On the first day of the PCSC Championship, the Waves set the tone and earned two school records. In the 200 medley-relay, senior Juju Chan, sophomore Trinity Ishikawa, sophomore Amy Griffin and freshman Haley Bergthold finished with a time of 1:45.72 and set a new Pepperdine swim and dive record. The previous record stood for over 20 years.

Chan said that breaking the record was a terrific experience.

“It was amazing,” Chan said. “I wanted to finish my senior year with a bang and getting to set a relay record with some of my best friends was the most rewarding experience.”

Junior Khloe McCarthy broke the second record of the day in the 1,000-yard freestyle. McCarthy won her heat and took third place overall in the event with a time of 10:26.94.

The Waves followed up their showing with a strong day two. They finished with 420 points total and were in third place before day three.

The most successful race for the Waves on day three came in the 100 breaststroke, where Chan finished in second place, swimming a time of 1:04.39. Their performance kept them at third place behind Cal State East Bay and Fresno Pacific.

The Waves broke two more records on the fourth and final day.

The first was in the 400-meter free-relay. Again it was Griffin who swam the race with senior Caroline Boone, sophomore Sammie Slater and sophomore Paige Brackett. They finished in second place and posted a time of 3:28.56 beating the previous record from 1999.

Chan set a record once more in the 100-meter individual medley, where each swimmer swims 25 meters of butterfly, backstroke, breaststroke and freestyle. She posted a time of 1:00.39 which beat the previous record by nine-hundredths of a second. She took first place in her heat and ninth overall in the event.

Chan said this season is unique compared to previous ones.

“This season has been different in so many ways,” Chan said. “Overall this team has grown so much this past year. We’ve learned to love working hard and reaping the benefits of doing so. We’ve also kept a positive mindset through all the struggles we’ve faced this year which is something that we’ve struggled with in past years.”

Chan is one of nine seniors on the team and this is their best finish in the PCSC Championship. She said this group of players stands apart in many ways.

“This is the best group of women that I have ever had the pleasure of training with,” Chan said. “Each one of us has grown this year and become better versions of ourselves by proving to ourselves that hard work pays off. We are also the closest knit team that we have ever been in my four years here, which is the biggest blessing.”

Chan attributes much of the teams’ success to Coach Spahn.

“We always say ‘Joe [Spahn] is our fearless leader,’ which is the truth,” Chan said. “Everything that we have gone through this season, he’s lead us through and made us that much better. He has turned this into a program that competes fiercely and with purpose.”

With their performances this season, Junior Anna Riekhof and Chan qualified for the CSCAA National Collegiate Invite and will compete in Ohio next month.