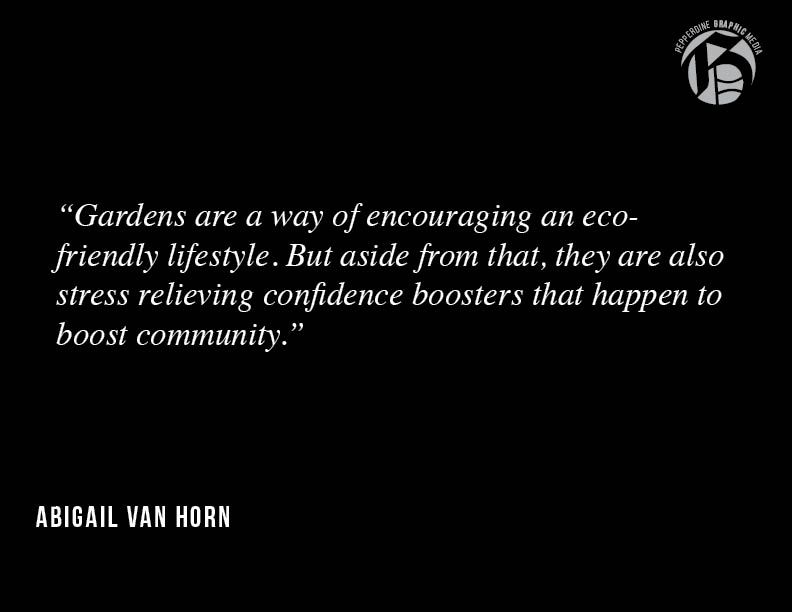 I’m not entirely sure where I fall on the transcendental spectrum, though I think that it’s safe to safe that I’m somewhere in between Larry Bell and Thoreau. I recycle and try to carpool, but I am admittedly not nearly as eco-friendly as I probably should be in this day and age.

I appreciate it when I am provided, by means of education, ways in which to transition into a more ecologically aware lifestyle, especially when they include perks such as stress reduction and pretty flowers.

Pepperdine does indeed have a garden on campus for use by the Pepperdine community, but plenty people don’t know about it partially because it’s not well advertised and partially because it lives in the nether regions right above Central Receiving. Many of us can agree that we are only walking over there on the off chance that Mom sends a gargantuan supply of brownies in this month’s care package.

Because of this, Pepperdine should establish a communal garden in a more central, and therefore visible, location on campus as a means of stress relief, community growth, and promoting an environmentally-conscious mindset.

Your Grandma Jane and scientists will tell you that gardening reduces stress. A 2011 study that took place in the Netherlands by researcher Agnes E. Van Den Berg concluded that students who were asked to garden after being intentionally stressed out became far less stressed than those students who had merely been asked to read a magazine.

Not only does gardening support eco-friendly habits such as composting, but gardening can also create a greater civic awareness. A 1999 study by Judith Boss suggests that gardening even contributes to a stronger sense of community and self-confidence. Both pluses in my book.

Senior Green Team leader Gabriella Palermi told me over email that though there exists a garden above Central Receiving, she would love to see either a garden added to the Mullin Town Square or have the fountains that will likely not be turned on due to the drought refurbished as planters.

Gardens are a way of encouraging an eco-friendly lifestyle. But aside from that, they are also stress relieving confidence boosters that happen to boost community. For those reasons, Pepperdine should create a community garden in a central campus location.