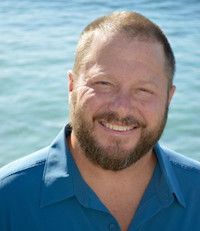 “Don’t complain unless you’re willing to work to makes things better. If there’s a problem, fix it.”

This is the family motto that Carl Randall, a second-generation Malibu resident running for Malibu City Council. Instead of complaining, one should get involved and fix the problem, Randall said.

“[Community] has always been around our dinner table,” Randall said. “It’s always part of the discussion, about our community and what’s best for all of us.”

If elected, Randall said he would like to finish the process of building Bluffs Park. He has been on the Parks and Recreation commission for the past seven years and said that he has been working on public outreach to find out what people want at the park.

He has also worked with Advocates for Malibu Public Schools (AMPS) for the past six years, trying to get Malibu it’s own school district. In the past year, he has been a part of the Facilities Advisory Committee for the Santa Monica Malibu School District.

Randall lives in the house he was born and raised in on Pacific Coast Highway in Las Flores Beach. He said that every day he lives around the flow and traffic of PCH, and that safety is a big concern for him.

“Finding ways to make the traffic flow smoother and also to control speeds a little bit are near and dear to my heart,” Randall said.

Randall said he has a lot of insight into the logistics of how government works and knows Malibu’s history since he has been a part of it for 49 years.

“I live in our community right now with my child, I’m in it every single day and my plan is to figure out where we are going to be in the future,” Randall said.

In his spare time, Randall said he is a surfer, paddler, swimmer and a diver. Outside of the ocean, he said he loves to hike and play softball or, as he calls it, “old-man softball.” Randall also enjoys traveling with his wife, Shelley, and said he loves spending time with his 11-year-old daughter, Callie.

“Coming out to Malibu Yogurt with her and her friends – it just makes me giggle,” Randall said.

When asked what makes him different than the other candidates running, he said that they all disagree on one thing: Bluffs Park. Randall said he listens to what the people want at Bluffs park, which are facilities for Malibu. But other candidates, Randall said, want to go back to conservancy in charge of the park which he said “scares me double.”

Randall said Malibu is home and is community.

Malibu is a small city with big city problems, Randall said, but [Malibu] is still a small town. He said that a community is defined by how many youthful families and elements there are and is also defined by what the city does with its older population.

Mayor Lou LaMonte as well as eight former Malibu Mayors have endorsed Randall, including past council members Sharon Barovsky, Jeff Jennings and Andy Stern. He said a lot of the mayors have known him for a long time and know what he has been doing with the schools and parks. They know that he listens and wants to take public input, he said.

“They don’t know what policies I’m going to pursue, but they trust me to listen to people before I make any decisions,” Randall said. “That’s why they’ve all supported me and I really appreciate it. I respect the work that they’ve done.” 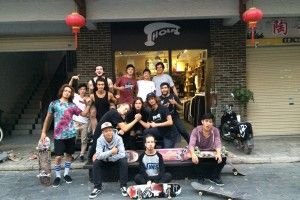 Photos Courtesy of Eric Rogers and Chad Jimenez Junior Eric Rogers said he wants to break the typical stereotypes of what...
Copyright 2013 Jupiter Premium Magazine Theme
Back to top