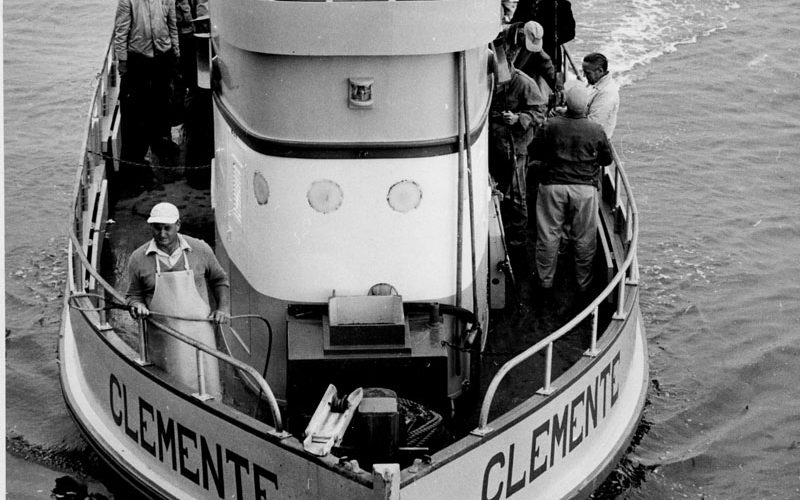 With more than 40 percent of the U.S. population living in coastal areas, the state of the earth’s oceans has become an ever-increasing concern.

In recent decades, population, global temperatures and sea levels have resulted in changing migration patterns, species endangerment, environmental pollution and introductions of invasive species, particularly along the Southern California coast. Coastal mountains have yielded to stretches of homes and structures as far as the eye can see. While humans have been interacting with coastal waters for millennia, only recently has the impact of those interactions become unavoidable.

One of the most notable issues that has arisen in recent decades is the concern of changing water conditions. Global sea temperatures have risen approximately 2 degrees since the year 1900, while half of that warming has occurred in the past 40 years, according to a survey by the Environmental Protection Agency. Though such a temperature change may seem inconsequential, Karen Martin, Frank R. Seaver Chair of Natural Sciences, said this change is unnaturally accelerated and has affected the migration patterns of marine animals.

“One of the big [problems] is the temperature of the water,” Martin said. “We keep getting warmer and warmer and the animals that we see are responding to that by shifting their habitats, so that’s been a really interesting thing to see over time. The warming is happening more quickly than what would be a natural cycle, so this is something that we are concerned about.”

Though Martin said certain ocean processes are occurring more quickly than normal, some say that though certain migratory patterns may seem unusual, they are still part of a larger, natural cycle.

Chris Pica, captain of the Dana Pride and Reel Fun for Dana Wharf Sportfishing and Whale Watching in Orange County, said fish species and numbers have changed, but the change is expected. Pica is also an active member of the National Oceanic and Atmospheric Administration whale disentanglement team.

“I’ve seen different changes going on with different migration patterns and that has to do with [water] currents and different fish that come through,” Pica said.

For instance, he said he doesn’t catch as many barracuda as he used to due to the change in currents.

“Things like that have changed,” he said. “It’s natural. It’s just how the earth is. It’s an ever-changing world in which we live in.”

Pica said he attributes many of these migratory changes to natural phenomena, such as global earthquakes and tsunamis, which refigure the ocean floor and water currents.

Brian Woolley, captain of the Sum Fun for Dana Wharf Sportfishing and Whale Watching, agreed with Pica, and noted that migratory fish tend to adjust their migrations to best fit the conditions.

“Factors such as water temperature, prevailing currents and food source are key factors,” Woolley said. “If these migratory fish find suitable conditions and don’t have to travel far to find them, then of course these fish aren’t going to make these huge migrations.” 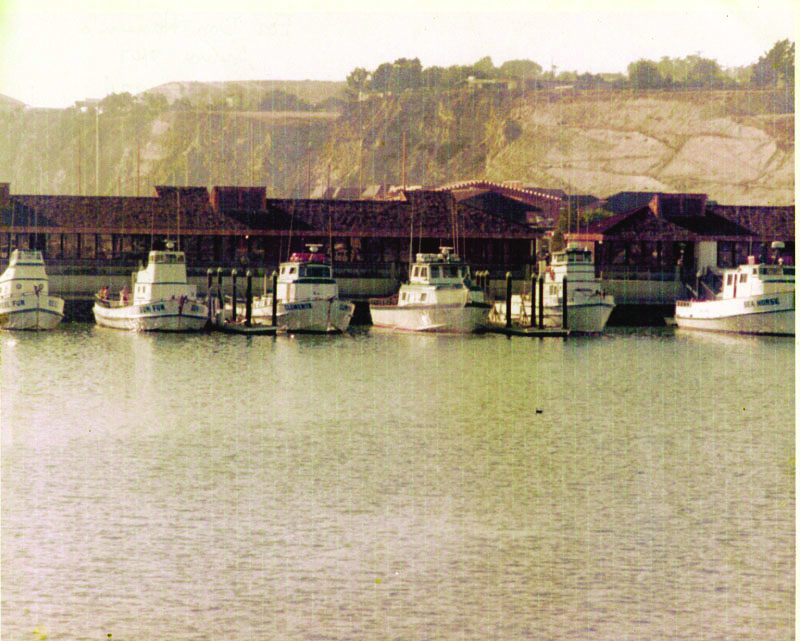 In addition to temperature increases, California’s coastal waters have been affected by an accumulation of pollution and waste. Pica said the spread of residential neighborhoods along the coast have significant effects on the local waters.

“If you look up on the coastline, there’s a lot of golf courses up there,” Pica said. “There’s a lot more houses up there with yards and schools and soccer fields. They use the fertilizers for the grass and for the plants and there’s more fertilizer up there that’s not natural anymore. So, when you have a big runoff it ends up out in the ocean, so those fertilizers they were using produced all this plankton bloom.”

Pica said while the increase of plankton, a microscopic organism upon which many fish feed, had some benefits such as an increase of bait fish on which larger fish can prey, that much plankton is unnatural and caused some species such as lobsters, crabs and shrimp to suffocate and die from oxygen depletion in the water.

Chemical waste such as the pesticide Dichlorodiphenyltrichloroethane, commonly known as DDT, has impacted Southern California’s coastal ecosystem in particular. Excesses of DDT pollution in the environment can cause nervous system damage, birth defects and organ failure in animals.

Much like the fertilizer runoff from coastal communities, DDT enters the food chain at a microscopic level. After larger animals feed on those lower in the food chain, they ingest and accumulate all of the DDT in their bodies, an effect known as bioaccumulation. Some of the human and animal side effects of DDT overexposure include cancer, infertility and miscarriages, according to the Pesticide Action Network.

Between the late 1950s and early 1970s — only a span of roughly 15 years — Montrose Chemical Corporation of California, a chemical production company located in Palos Verdes, dumped more than 1,700 tons of DDT into the Pacific Ocean at the Palos Verdes Shelf near Los Angeles, according to the EPA.

By entering the the food chain at the micro level, DDT pollution resulted in a score of environmental damage, including the endangerment of California’s brown pelican population, which fed on fish with extremely high traces of the deadly chemical. The EPA identified Montrose Chemical Corporation of California a superfund site, which is any land in the United States that has been contaminated by hazardous waste that poses a risk to human and environmental health.

Martin said the effects of this DDT pollution are still prevalent in modern marine ecosystems.

“It’s still in the water and in the animals and in the food chain,” Martin said. “That was something that was banned a long time ago in the ’60s and its still present 50 years later, so it’s better to not do it than to figure out what to do later.”

In recent decades, the coastal ecosystems have been widely affected by both uncontrolled populations of marine life such as sea lions, and new invasive species such as Sargassum, a nonnative form of marine vegetation that has begun to take control of the ocean floor. According to Martin, the species is rampant throughout Southern California, especially near Catalina Island off the coast.

“We have always had on our coast this beautiful kelp forest with the giant kelp,” Martin said. “It is unfortunately now being replaced with this invasive species which is very different in the way that it grows, so it creates a different kind of habitat that is not as conducive to fish life and to the kind of ecosystem that we think of as a kelp forest.” 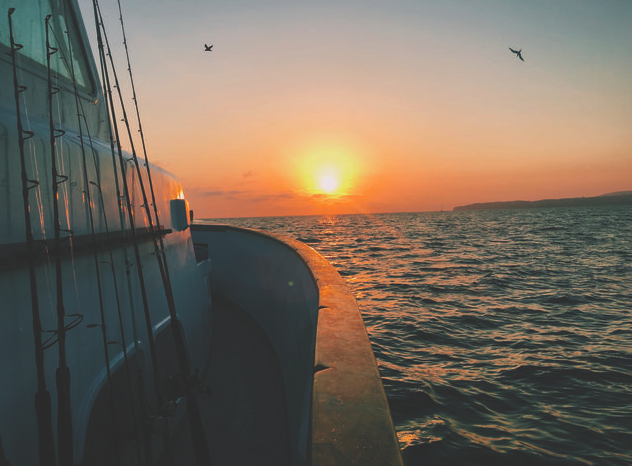 The overpopulation of the California Sea Lion is one of the more significant, immediate changes that has occurred in recent decades. With a population estimated at only 10,000 in the 1950s, sea lions were highly endangered as a result of poaching for commercial uses such as procuring their oils and hides as well as for use as a protein in the early dog and cat food industry, according to the National Oceanic and Atmospheric Administration, or NOAA.

The current population has more than tripled in the past 40 years, exceeding 300,000, according to NOAA. This is principally due to the Marine Mammal Protection Act passed by President Richard Nixon in 1972, which banned any attempt “to hunt, harass, capture or kill” any marine mammal by any citizen except subsistence fishermen native to Alaska.

While some argue that the increased sea lion population in recent years has been a positive result of progressive legislation, others disagree. Don Hansen, who founded Dana Wharf Sportfishing and Whale Watching and also served as the chairman of the Pacific Fishery Management Council for 40 years, said the population is both out of control and in need of new legislation.

“They finally came out about two or three weeks ago that said they finally reached carrying capacity,” Hansen said. “There’s over 400,000 sea lions now and it’s just way too many. They’re just out of control and they need to be controlled somehow, some way. Nobody wants to look at that issue and it’s a major issue. They’re eating salmon. Salmon are protected with the Endangered Species Act, but you can’t do anything with the sea lions because they’re protected by the MMPA, so it’s a catch-22 what you do with that one.”

Woolley agreed with Hansen, noting that though their population was once at risk, their prevalence and overprotection has created problems in local ecosystems such as depleted fish counts for a variety of species, especially salmon, as Hansen said.

“From like 10,000 animals in 1950 to over 300,000 now. A real success story,” Woolley said. “But here again is one of those crossroads of an unintended result. The sea lion population skyrocketed. It’s gone through the roof…this is where the effects on other species start to be affected. The small schooling fish like sardines and anchovies will start to see depletion.”

Woolley attributed a large portion of this overpopulation to some local humanitarian groups that attempt to nurse large quantities of injured sea lions back to health that would otherwise die of natural causes.

After the sea lions are cured, they reproduce and pass the antibodies they received to their offspring. As a result, sea lions become immune to naturally occurring diseases and illness.

Another instrumental piece of legislation charged with preserving the coastal waters is the Marine Life Protection Act of 1999, which was passed to protect natural diversity and conserve marine life population by creating marine protected areas —MPAs. These areas function as sanctioned portions of ocean in which fishing or tampering with marine life is prohibited. According to the World Commission on Protected Areas, global MPAs cover 5.1 percent of the world’s oceans.

Woolley said even this regulation has its drawbacks, regardless of its beneficial intent.

“So what do you think logically happens to the unprotected areas? While one area is being gloriously rebuilt — the MPA — another is being beat, pounded and fished hard,” Woolley said. 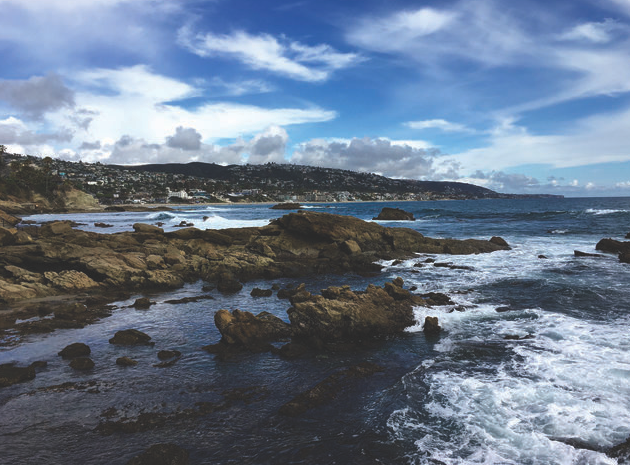 Even with government regulations such as the Marine Life Protection Act and the Marine Mammal Act, Martin said it will be up to members of the marine commerce industry to preserve the natural state of the the oceans.

“If they want to continue to enjoy what they do they’re going to have to recognize that conservation is also necessary and I think that’s also with fishermen,” Martin said. “Fishermen want to keep fishing and want to keep having those fish come in. They want to make sure you’re not taking too many or you’re not taking them at the wrong time of their cycle where it’s going to do more damage.”

Hansen said the future is promising for ecological study as a result of new technologies that allow marine biologists to examine marine ecosystems with a minimal effect on the life therein.

“Our science that we base our fisheries on is based on the work that NOAA does in their surveys,” Hansen said. “They’re getting more and more into electrical, so they don’t have to kill the fish to find out what it needs. It’s a new way of looking at things and an exciting way of looking at things because before they used to have to put a net down and see what was actually there. Now they’ve learned with all the technology they have how to do this electronically.”

Ultimately, the future of the Southern California coast lies in the hands of those who depend on the bountiful resources that it offers.

“Balancing between sportsman and conservationist is a long-aged battle,” Woolley said. “We want to protect our resources as best we can. We can’t totally understand all of it and we are charged with being responsible stewards, while at the same time being given the right to use these resources as we like.”

An Ocean Of Hope 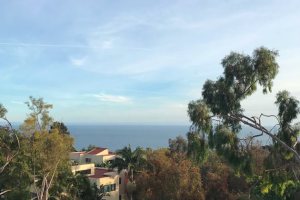 Photo by Ella Gonzalez With summer on the horizon, paths will inevitably diverge, friends will part ways and Pepperdine...
Copyright 2013 Jupiter Premium Magazine Theme
Back to top