Bring the Times Back 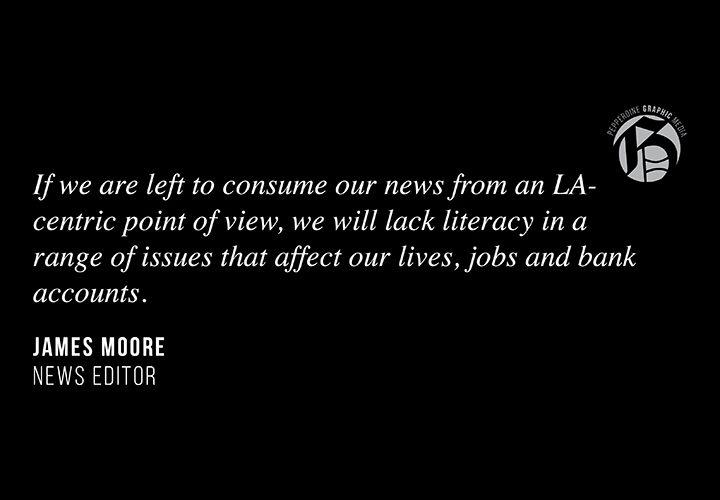 My freshman year, I was eager to learn of all the perks afforded to college students like discounts on restaurants, tickets and streaming services. But the one perk I cherished the most was the print edition of The New York Times.

For my first two years of college, my morning ritual depended on grabbing a coffee at Starbucks along with a copy of “All the news that’s fit to print” from the adjacent newsstand. This is why I was saddened to discover one bright morning nearing the end of my sophomore year that SGA decided to no longer stock the Times at Pepperdine’s several campus newsstands.

Purportedly, the reason behind the discontinuation was a lack of readership not justifying the costs incurred, as well as concerns over the environmental sustainability.

However, I argue that even if merely one student reads the Times a week, it is worth it, and the sustainability argument is both a cop-out and unfounded.

In Southern California, it’s easy for us to believe that we are the center of the universe. The culture, the movies and the media all revolve around this little sliver in the world. One thing that we can overlook, though, is that our economy and government are based out of the East Coast.

TV personality Steve Harvey once said, “You can’t live in LA and wake up at 8 o’clock in the morning. It’s 11 o’clock on the East Coast, the stock market has been open for two hours — they’re already making decisions about your life, and your a– was asleep.”

The same is true, I argue, for information; if we are left to consume our news from an LA-centric point of view, we will lack literacy in a range of issues that affect our lives, jobs and bank accounts.

From a sustainability standpoint, The New York Times actually addressed this concern on their “Green Inc.” blog in 2009; they quote NASA scientist Geoffrey Landis from the John Glenn Research Center, who says that “the carbon content of a newspaper represents carbon dioxide that has been removed from the atmosphere.” Landis concludes, “The carbon footprint of a newspaper is negative.”

At a research institution like Pepperdine, news-literate students should be a top priority for administrators and student government alike. 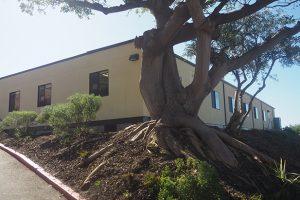 Now home to the Counseling Center, the Student Assistance Center (SAC) sits on the hill between the Center for Communication...
Copyright 2013 Jupiter Premium Magazine Theme
Back to top