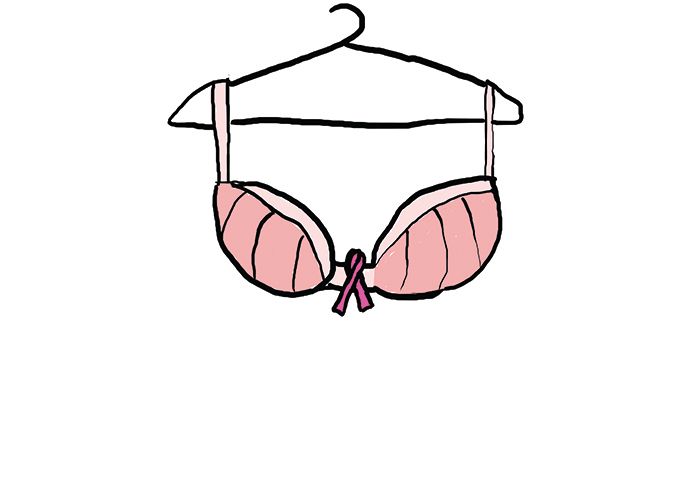 Breast cancer slogans, ranging from the mildly catchy to the completely inane, were everywhere this past month, as October is officially the month of breast cancer awareness. And this is a great thing; breast cancer, according to the American Cancer Society, will affect about 12 percent of U.S. women during their lifetime. Nothing but good can come from giving attention to one of the biggest killers of women in the country.

At least, that’s what many people seem to think. The reality is that breast cancer exists in an odd space as far as cancers go, one where the body part affected receives as much or more attention than those who possess them. When was the last time you heard a slogan like “Save the stomachs” or “I <3 testicles”? For most people, the answer is never, because these slogans don’t exist. For most cancers, as well as most other diseases, the person as a whole is the focus of the movement, not an individual part of the body.

But for breast cancer, the focus has shifted from women to breasts. At first, this might seem rather benign. Quippy slogans about boobs and bras and the color pink have brought a lot of attention to breast cancer — so much so that it has its own month. Scores of products have their own pink-awareness editions and there are fundraising walks in which everyone decks out in his or her ribbons and tanks and raises money to support loved ones who have been affected by a terrible disease. And this is not a bad thing.

There is, however, a malignant side. The side that tells women that their boobs are what need saving, not their lives. It implies that breast cancer is bad not because it kills people, but because it can result in a mastectomy. The real tragedy of breast cancer, these slogans imply, is that there will be less breasts.

It’s an insidious proposition, but it’s one that women have been facing for years. Advertising uses women’s bodies, especially individual parts of women’s bodies, to sell products that have seemingly no correlation. Bikini-clad boobs are used to sell hamburgers; a disembodied butt is used to advertise a car. Women are broken down into their parts — and only their sexually attractive ones, at that — for the benefit of the male consumer. Men are not asked to view a woman as a person, because it’s hard to think of the whole woman when all you’re shown is a toned, glistening leg on your can of beer.

This same idea has infiltrated the breast cancer movement, and it’s disheartening. Slogans like “Save the tatas” imply that men have something to gain from ending breast cancer, and that something is more boobs for them to look at. It separates the disease from the victim, the part from the whole. It implies that women who have lost their breasts to cancer have lost what makes them valuable as a woman, even if the surgical removal of their breasts is what saved their lives. It takes the focus off of the women who have to fight a debilitating disease and puts it on the sexual gratification of the healthy.

It’s obvious that many of these slogans were devised by well-meaning people, but that does not negate their harmful implications. Nothing is sacred, and a slogan cannot be exempt from examination just because it aims to “raise awareness,” a goal that is very vaguely defined and tenuous to begin with. If people involved in the breast cancer movement truly care about the lives of the women affected, they will be willing to make changes to the lexicon of cancer terminology in order to let those women know that it is their lives that matter, not their sexual desirability.

It can be tempting to give people a free pass in this sort of situation, especially if good intentions were involved. “It’s the thought that counts” is often used as a justification, but the fact is that it’s not the thought that counts — it’s the results. And the results of these slogans can include lowered self-esteem, objectification and even fetishization of a harmful disease.

It is perfectly acceptable to be critical of a movement, if the criticism means to enact positive change. Raising awareness for a disease should not take precedence over the feelings of those the disease affects, and victims should not be in a position in which they feel obligated to accept help that makes them uncomfortable. So don’t think that using sexualized slogans is all fine and good because you meant well. It’s not your intentions that matter — it’s your actions.