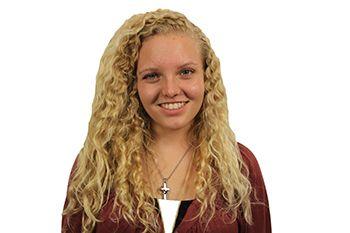 Housing and Residence Life addresses sex, drugs and alcohol head-on to freshmen in the first months of college.

But one of the most important changes that happens in college — interacting and living with people of different cultures — is not discussed at all, according to Nancy Kannampuzha, Student Government Association sophomore senator.

Kannampuzha said she hopes to collaborate with HRL and other campus organizations to address cultural awareness, especially in the freshman dorms. When she was a freshman, Kannampuzha said she noticed that when different people came together, it caused confusion, with many students not knowing how to approach cultural differences. She said she had trouble herself, which contributed to her interest in encouraging conversation about cultural differences.

From personal experience and word-of-mouth, Kannampuzha said she realized that differences between people of different cultures are an issue. She said she hopes to organize events — similar to the CLOM meetings on sexual assault in the freshmen dorms — to open the doors of communication between students and provide resources to help solve problems.

The plans are still in the beginning stages, and Kannampuzha said she still has to do more research and talk to more people to work out the details.

“Pepperdine is doing a great job of increasing diversity,” Kannampuzha said. “But now it’s about how much more are we willing to support our students in that. This will be support for students from every avenue of differences and how that’s mixed together.”

Considering Seaver achieved 50 percent ethnic diversity this year, this issue is more relevant than it has ever been before, Resident Director Karl Kalinkewicz (‘06) said.

Kalinkewicz said when he was a student, Pepperdine wasn’t nearly as diverse as it is now, and now there are more people coming in from all different backgrounds. “We need to help build a stable community where students can address issues connected to diversity,” Kalinkewicz said. “That’s a part of their education too, and it can be just as meaningful as what they learn in the classroom. It’s easy to only talk to the people who eat the same thing, like the same things, drive the same car. We just want to break down the barriers of communication.”

Kannampuzha said this issue is important to students during their 4 years in college and beyond. “We want Pepperdine students to be in line with the mission and being educated in every way,” she said. “Learning happens outside of the classroom as well. Equipping our students with cultural awareness in general will make them strong applicants in various other forms.”

Kannampuzha said cultural conflicts can stem from any difference: ethnicity, race, heritage, gender, sexual orientation, religion, values, political party, geographic location or anything else. “A lot of times people just don’t know what their response should be in these kinds of situations,” Kalinkewicz said. “Those differences manifest themselves in mostly passive aggressive ways, but I know that there are times when there are very clear issues when someone either willingly or unwillingly does something that is offensive to someone of another culture. Most of the time no one is trying to hurt someone else, and it’s usually a matter that they don’t realize what they did was wrong or couldn’t see it from the other person’s perspective.”

Kalinkewicz said HRL already extensively trains its staff on cultural awareness and diversity but that HRL would also like to provide “knowledge sessions” to the students. “At the end of each, we want students to have a better understanding,” he said. “It’s just a matter of figuring out the best way to get that information out there.”

Kannampuzha said the goal is for students to be better equipped to live harmoniously and to involve as many different people and groups as possible. She said she acknowledged that it would be a long and slow process, especially since she is more interested in a change in the campus environment instead of just putting on an event.

“I don’t even want everyone on the same page,” she said. “But if I could just get everyone in the same book, that would be great. If you show that there’s cultural differences to begin with, that can then be celebrated.”

Kalinkewicz said he was glad that it is student initiative leading this issue, since it’s the students who best understand what its like to live on campus daily and how it can be improved.