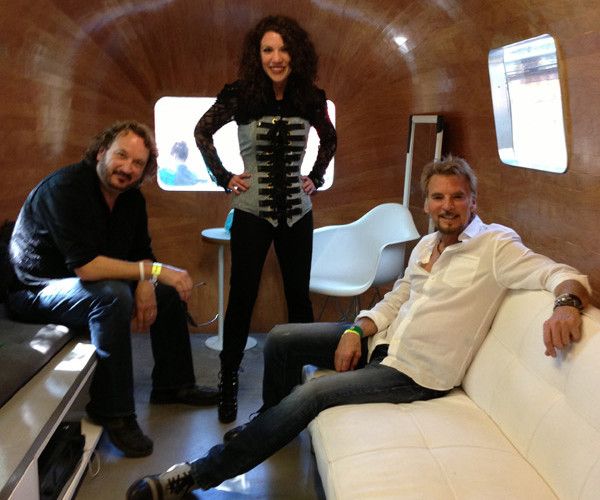 To the “Top Gun” devotees, the Kevin Bacon enthusiasts, the slow-dancers of “Danny’s Song” or simply the lovers of a good three-part harmony: Stay tuned. Kenny Loggins, who brought dancing back to Beaumont in “Footloose,” will bring dancing to Smothers Theatre on Sept. 19 as he takes the stage with Georgia Middleman and Gary Burr in their three-in-one band, Blue Sky Riders.

The artists debuted as a country-rock trio in 2011 with their EP “Live at the Rutledge,” later releasing the 15-song album “Finally Home” in 2013. The inaugural collaboration, however, began in 2008 with Loggins’s album “How About Now.” Loggins said he and Burr discovered they were musically “kindred spirits.”

“I talked to him about starting a band, which was a crazy idea, but the more we played around, the more we decided to do it,” Loggins said. “And I thought maybe we should have a third. So he suggested [Middleman]. They were dating at the time, which was handy.”

Like Loggins, Nashville-based Burr and Middleman each have a plethora of musical bragging rights. Country artists such as Faith Hill, Martina McBride, Keith Urban and Terri Clark have recorded Middleman’s songs — not to mention the three albums Middleman has recorded on her own. Burr has had 33 Top-40 hits and 14 number ones, winning Songwriter of the Year from ASCAP, Billboard Magazine and the Nashville Songwriter’s Association of America. His music has been recorded by scores of artists, from LeAnn Rimes to Garth Brooks to Ringo Starr.

When it came to blending the three artists’ styles, Middleman said it was “pretty quick and copacetic.”

“We each have different histories and different musical libraries to draw from,” Burr said. “But it was really important to us when this band started that when we wrote and worked, nobody made it try and sound like them. We all contributed just enough to make the song be its own separate entity.”

When describing the sound of the band, the three gave a myriad of answers, from country-pop, to country-rock, to Loggins’ joke of “country-death metal.” Burr suggested hints of the Eagles and Lady Antebellum, while Loggins said he hears more Fleetwood Mac.

“We always say there’s a fourth writer in the room, and it’s Blue Sky Riders,” Burr said. “Whenever we are doing something that leans too much toward any one of us, we sort of do a course-correct to make sure the song is a brand new thing and not just a rehash of something we’ve already done.”

And, to fans’ elation, the band has a whole new album of “brand new things” to showcase on the “Kickin’ It Back Tour,” though Burr said the official release date has not been decided.

“We’ve basically just got the copies of them to test them a couple days ago,” Burr said.”It’s a brand new world. It’s complicated; there’s social media involved, and you have to have a plan in place. We have a great team putting that plan together as we speak.”

Middleman said there will be a special collector’s edition of the new album “Why Not” at the Sept. 19 concert. The band is also offering an All Access Pass that gives fans a chance to watch the creation of “Why Not” with footage of songwriting and recording sessions.

“I didn’t think this [was] possible, but I love this album 10 times more than the first album, and I really love the first album,” Burr said. “The songs are fantastic. We’re all really proud of them.”

Amidst the Blue Sky Riders phenomena, each artist has been working on his or her own projects. Loggins said he is finishing up a children’s album, while Middleman and Burr are recording as a duo. When asked how the group collaborates with two members in Nashville and one in Santa Barbara, Burr replied:

“Rehearse? Rehearsals are for suckers.”

With a pair of Grammys, 12 platinum albums and enough music awards to require several mantelpieces, Loggins has a lot to show for his four-decade-long career, but he’s not planning to step out of the danger zone any time soon.

“I tried to retire when I was 50,” Loggins said. “[I] threw myself into a pretty deep depression because I was disconnected from my creative life. No matter what I’m doing, I know that I have to be creative. [Burr] and [Middleman] were a great place to go because they are such prolific songwriters.”

Loggins said Blue Sky Riders helped him see himself as a songwriter again, “not only as a singer singing songs for [his] career.”

“It allowed me to stay present tense in my music and my career,” Loggins said. “Blue Sky Riders is where I get to show people who I am now and what I’m up to. This is my way of staying present tense.”

For tickets, which are almost sold out, or questions about the Blue Sky Riders concert on Saturday, Sept. 19, visit arts.pepperdine.edu/performances/blue-sky-riders.htm. 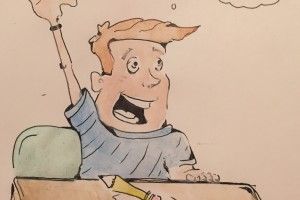 Art by Peau PorotesanoWe’re almost in week three of the semester. The trial run is over. Hopefully you and your new professors...
Copyright 2013 Jupiter Premium Magazine Theme
Back to top