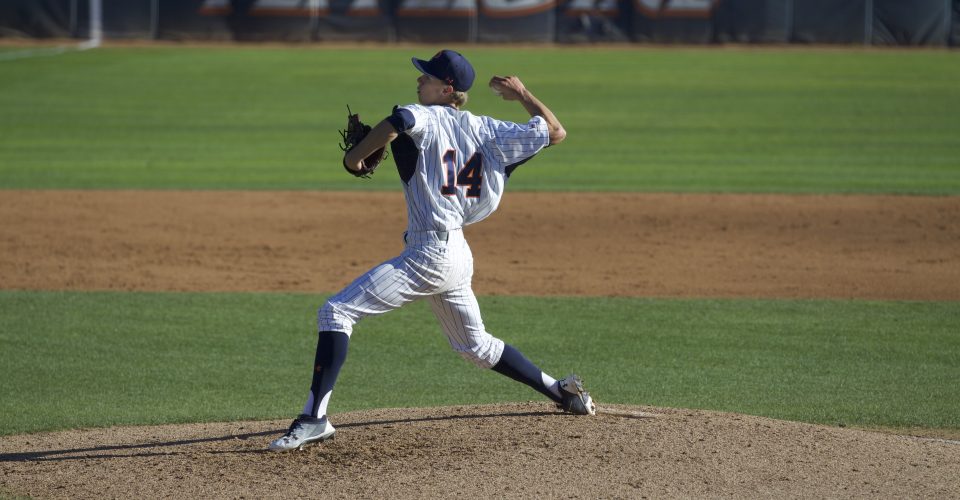 Sophomore pitcher Wil Jensen tore his UCL while pitching against BYU on Friday, March 29. Despite the injury, Jensen continued to pitch, helping the Waves pick up a 2-0 shutout victory.

“In the fourth inning against BYU, I threw a fastball as hard as I could,” Jensen said. “I felt a pop, and while it hurt really bad, I could still throw so I kept going out. But I knew something was wrong. It’s pretty serious. They have to take a tendon out of my wrist and then basically put that in my elbow to create a new UCL.”

This was especially disappointing to Jensen, as he had been looking forward to the match against BYU since the beginning of the season.

“Obviously I’m super pissed, but hopefully the surgery goes well and I’ll be able to bounce back by next year,” Jensen said.

Even though the Waves won the game 2-0, it was the end of Jensen’s season. In his last game of the season, he gave up no runs with three strikeouts and only five hits throughout the 6 ⅓ innings he pitched. Luckily, he will be able to redshirt the season.

Pitching coach Rolando Garza, who is in his third season with the Waves, has been working with Jensen since he came to Pepperdine. Garza coached at Riverside City College and in the Los Angeles Angels minor league system before coming to Malibu in 2015.

“The day before his surgery he was ranked number one in the nation, and anytime you lose a person with great integrity and work ethic it hurts the team,” Garza said. “However, he’s still going to be with us everyday contributing to the team dynamic in any way he can.”

With the usual recovery timeline being anywhere from eight to 12 months, Jensen will be working with the athletic training department and strength and conditioning department for his rehabilitation process.

“We’re going to approach it one day at a time to see how his health goes and make sure he recovers fully and that he’s confident in his arm, physically, mentally and emotionally to go out and compete again,” Garza said. “Wil is a tremendous person. He’s selfless. He gives himself to his teammates and has incredible character. We’re fully confident that his recovery is going to go in the right direction. “

Jensen put in hours of work each week to hone his skills on the field. That same dedication is expected to help him throughout rehabilitation.

Head Coach Rick Hirtensteiner has been a part of Pepperdine’s coaching staff for 19 seasons and is in his third year as the head coach. He has watched Wil’s transformation from freshman year into the player he has become.

“It’s not so much the quantity, but the focus of every throw that he makes,” Hirtensteiner said. “He’s not messing around, he’s 100 percent focused and trying to get something out of everything he does. The difference maker is the focus and commitment to doing everything the right way every time.”

Additionally, the mental toughness Jensen displayed on the field will be used during his recovery process.

“The pressure doesn’t get to him,” Hirtensteiner said. “Part of that is the mental side of being in a tough situation and not letting it overwhelm you. He’s still going to be Wil Jensen. He’s still going to work hard and be a great teammate. I wouldn’t expect anything to change.”

Jensen earned his fifth win of the season with the victory over BYU and was undefeated with a conference-leading ERA of .74.

“I’m really looking forward to our game against BYU this year because I’m from Utah,” Jensen said. “Last year they hit me pretty hard so I’m excited to have a chance to go get them.”

“It’s unfortunate that his arm got hurt because he was having a great year and we’re definitely going to miss him,” freshman infielder Billy Cook said. “Guys are definitely going to have to step up and some guys may have to switch rotation when they pitch. I have no doubt that he’ll come back better next year and it’ll be good to give him this year off to let him get healthy again.”

“Wil’s success this year has been two years in the making, it wasn’t an overnight transformation,” Hirtensteiner said. “He was pretty good last year as a freshman but he took his lumps here and there. He just keeps getting better. He’s gotten cleaner at everything. He started throwing a slider and his slider was more of a strikeout pitch. He had a little difficulty with putting people away. He’s always had good fastball command but the slider has made a difference this year. He can strikeout people more readily. It’s an extra weapon that he has.”

Although Jensen anticipates a 14-month recovery, there’s a chance he could pitch towards the end of the 2018-19 season.

“Everyone’s body reacts differently, but knowing how hard Will works I wouldn’t be surprised if he ended up ahead of schedule,” Hirtensteiner said. 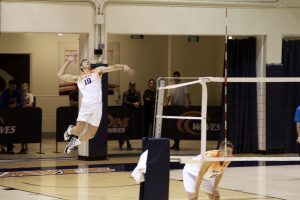 Photos by Arthur Puu No. 5 Men's Volleyball fell to USC, 3-1 in the MPSF Quarterfinal on Saturday, April 14. Redshirt...
Copyright 2013 Jupiter Premium Magazine Theme
Back to top