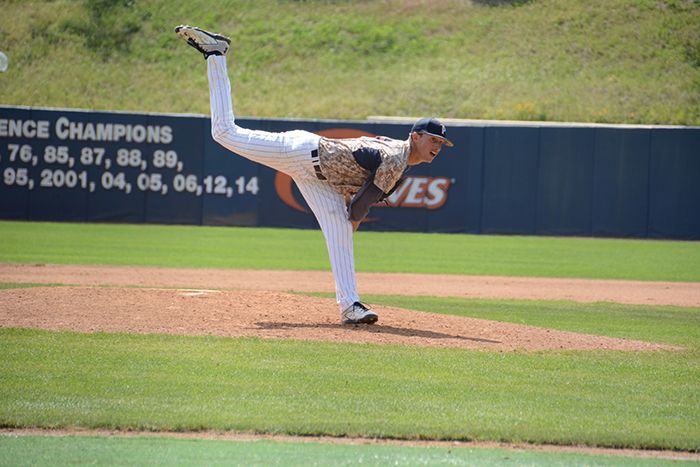 After starting off the season and the beginning of conference play with a record of 11-15, the Waves have caught fire as of late. The Waves won six out of their last seven contests, and at one point the hot streak included five straight victories with a sweep of Portland, a walk-off victory over Cal Poly in ten innings, and taking two of three at Pacific.

Much credit can be given to the coaching staff, led by Head Coach Steve Rodriguez, for leading this team back on track following tough losses early in the year against Tulane, Washington and WCC rival BYU. Since starting WCC play, the Waves have raised their overall team batting average by over 50 points, from .248 in non-conference play to .303 in WCC play. Stats have also shown improved new offense, as the Waves are scoring more than a full run more per game, from 4.5 in non-conference to 5.8 in the WCC.

“These guys have done so well together as a group,” Rodriguez said. “They just keep finding new ways of improving each and every day, in practice and on and off the field, and their growth as a team has definitely been showcased through this seven-game stretch.”

Ever since the season has turned to WCC play, the Waves have had nine players hitting over .300. Some of the players that have heated up as of late are sophomore sluggers Manny Jefferson and Matt Gelalich. Jefferson, who currently leads the Waves with a .383 batting average, is also second on the team with eight RBIs in WCC play. Gelalich has indeed seen a huge upward spike in his batting average, jumping nearly 20 points from .188 in non-conference to .375 against WCC opponents. Gelalich has also recorded five of his six extra-base hits in WCC contests.

Freshman utility man Jordan Qsar, who has been a huge part of the Waves’ bullpen and batting rotation, leads the team with nine RBIs in WCC play. Junior infielder Hutton Moyer has also continued to find his hot spot, leading Pepperdine with 14 hits, six of which have gone for extra bases. With a .529 batting average, five RBIs, three HRs and .600 OBP, Moyer was also named the WCC Player of the Week for April 6.

Not to mention, the Waves’ defense has also been phenomenal. Freshman starter Ryan Wilson has consistently pitched gem after gem for the Waves.

With a record of 5-1 on the season, Wilson has tossed at least 6.0 innings in six of seven starts, giving up more than two earned runs only three times. He is second on the team with a 2.53 ERA, behind junior Jackson McClelland’s 1.41 ERA.

“As the season rolls on, I hope we can continue to stay hot and play towards our goal of capturing the WCC title and go beyond the NCAA Super Regionals,” Rodriguez said. “I know that we can do this. We have a great group of young players and veterans who together are hungry to see success.”

With half the season already in the books and the Waves with a record of 17-16, there is still one major question that continues to strike the Waves: Can they continue to keep this hot streak rolling?

As published in the April 9 print issue of the Graphic. 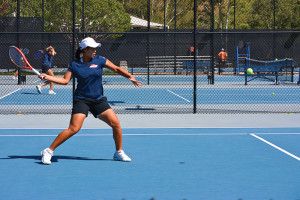 Photo by Esther Kang One victory was simply not enough for the women’s tennis team. Within two days, the Waves delivered...
Copyright 2013 Jupiter Premium Magazine Theme
Back to top