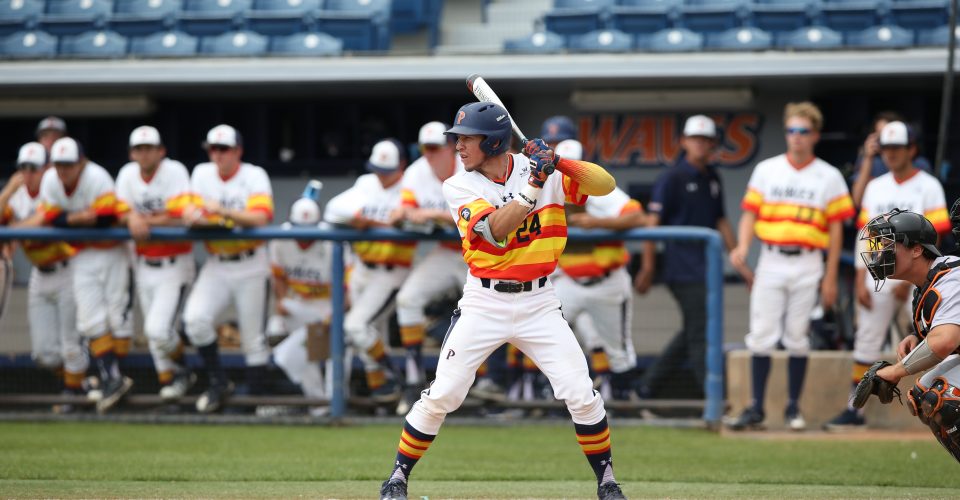 After a disappointing injury-plagued 2017 campaign, the Pepperdine Baseball team rebounded to capture the West Coast Conference regular season title in 2018 before falling a game short of winning the conference tournament.

The Waves hope to ride the same balance and depth from 2018 to finish the job and make a deep postseason run in 2019.

“Goals for this year are big,” senior outfielder Cory Wills said. “Omaha is the goal and that’s what we’re striving for.”

Pepperdine baseball has not reached Omaha, Nebraska, the site of the College World Series since 1992, when the Waves won the only national championship in program history. The proud program last reached an NCAA Regional tournament in 2015 and an NCAA Super Regional in 2014.

“The ultimate goal is always to get to Omaha,” fourth-year Head Coach Rick Hirtensteiner said. “In order to do that, you have to get to a regional, which means winning the conference tournament.”

Hirtensteiner noted the balance of the 2018 team, which finished with a 17-10 record in WCC play and reached the championship game of the WCC tournament, which ended in a 17-2 loss to Gonzaga.

“We didn’t have many weaknesses,” Hirtensteiner, the 2018 WCC Coach of the Year, said. “We were able to continue to put pressure on the opposing team, and I think that’s one of the things we’ll be able to do this year.”

Although WCC Player of the Year Jordan Qsar and shortstop Chase Lambert were both selected in the Major League Baseball Draft in June and signed professional contracts, the Waves return with most of their key players from 2018. The top seven pitchers on the roster, in terms of innings pitched, and the top four hitters, in terms of batting average, are all back for 2019.

“We got a lot of experience and a lot of young kids that we know are going to step up,” Wills said.

Wills hit .291 with five home runs in 2018, and he will be joined in the outfield by fellow senior Matt Kanfer, who led the team in batting average during WCC play (.333) and hits (70). Kanfer also crushed a walk-off home run against Loyola Marymount in the WCC semifinal game.

“Matt Kanfer hit third for us last year,” Hirtensteiner said.”In addition to being a very good player, he’s a great team leader and I can’t remember how many huge clutch hits he came up with last year.”

The other two seniors besides Kanfer and Wills are the Waves top two returning starting pitchers, Jonathan Pendergast and Christian Stoutland. Pendergast was named WCC Pitcher of the Year in 2018, as he posted a 2.69 earned run average in 87 innings.

“[My teammates] had my back the whole year,” Pendergast said. “Without them, there would have been no way I could’ve done that.”

“We’re just really excited to get out there and show everybody what we have in store because we’re really confident in our team right now,” Pendergast said.

Many Waves participated in collegiate summer baseball leagues around the nation in 2018 for offseason development, and then the team used its goals for 2019 as motivation throughout the long fall training season, Pendergast said. Now, the team is two weeks away from its season-opening tournament and preparing for a tough schedule.

“It seems like you always have a long time ’til the season, and then, next thing you know, it’s on you,” said Hirtensteiner, who has been with Pepperdine for a total of 24 years between his playing and coaching days.

Hirtensteiner’s team opens the season with eight road games, including a tournament at Arizona State University (beginning Feb. 15) and a three-game series against perennial powerhouse Vanderbilt in Nashville, Tennessee.

“Again, the goal is to get to Omaha and win, and in order to do that, we need to be able to play against the teams that we expect to be there,” Hirtensteiner said. “We’ll get a pretty good test early.”

The Waves non-conference schedule includes games against Stanford, who is ranked No. 7 in the country in BaseballAmerica.com‘s preseason rankings, UCLA (No. 3), and powerhouse program Cal State Fullerton, in addition to the series against Vanderbilt, who is currently ranked No. 1 in the nation.

“We’re actually really excited because we’re playing a lot of good teams away, which is going to help our ranking if we can go out there and beat some of those good teams,” Pendergast said.

Competing against top national programs will boost the Waves’ rating percentage index (RPI) and provide a favorable road in the postseason, but they must reach and win the conference tournament May 23-25 first.

“We fell a little bit short of our goal last year,” Pendergast said. “We won conference, which was awesome, but we want to keep pushing forward and keep building on that.”

The Waves home opener is March 2 against UC Santa Barbara at Eddy D. Field Stadium, and WCC play opens March 15 with a series at San Diego.

“Come support Pepperdine baseball,” Wills said. “We love having you guys . . . it fires us up.” 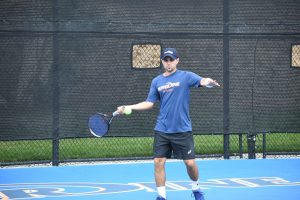