Ban the Confederate flag for a better society 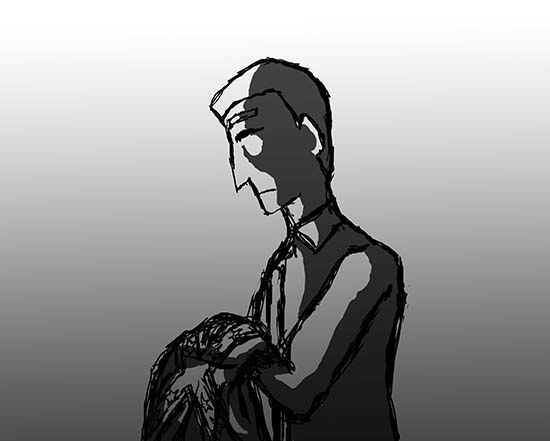 Everyone loves to honor their past, and for most, their past is connected to where they live. The easiest way to show pride in where you live is by waving your country’s flag, which encompasses its entire history.

What happens, though, when a group of people within a nation claim another flag as their own? Visit the South of the United States, and you’ll be bombarded by images of the old Confederate flag in houses and shops.

This is just a show of “Southern Pride” that’s still alive and well, even 149 years after the Civil War has ended. Having pride in your home is not bad in and of itself, but being ignorant of the symbol you’re using to show that pride is, especially when that symbol is as insidious as the Confederate flag.

No matter how people spin the Civil War, in truth it was all about slavery, with keeping the Union intact as a side concern. The North wanted to abolish slavery. The South wanted to keep it so their plantations could thrive. Having a symbol to stand behind makes it easier to rally troops together, and after many iterations of the flag, “the Stainless Banner” — the flag we know today as the Confederate flag — became the symbol that rallied Confederate troops together. The Savannah Morning News had even complimented this particular design at the time as being representative of the South’s true desire of “fighting to maintain the … supremacy of the white man over the inferior or colored race.”

The Confederate flag cannot be separated from its original meaning of institutionalized racism. This flag is symbolic of racism, and to wave it in public is to announce that you care more about a false sense of history than your fellow man. It then makes sense that the group most associated with this flag today is, naturally, the Ku Klux Klan, a group of ex-Confederate soldiers who spread terror bundled in white supremacist rhetoric, predominantly during the Reconstruction era. The Confederate flag should be banned, and we must stop affording any amount of tolerance toward such an obvious symbol of hate and bigotry.

On the other side of the world, Germany has its own dark history. The rise of the Third Reich led to the killing of millions, and after 69 years, Germany is still living under its shadow. Germany, however, has taken a step in the right direction and has made the holding of any and all Nazi paraphernalia, including the Nazi flag, illegal. The law is held within sections of the Strafgesetzbuch, and those who defy it can either be punished with a fine or up to three years of jail time. This law came forth in Germany’s effort to “denazify” the state since the fall of the Third Reich. Almost immediately, Germany took it upon themselves to acknowledge what they’d done and to prevent it from happening again.

A point to acknowledge is that it’s better to know your enemy than to live among them in ignorance. It’s better to know if someone is a racist on sight and protect yourself from them than to be surprised later on. And to a certain extent, this is true. A racist will be a racist, regardless of any laws passed. However, this doesn’t mean we as a society should condone or tolerate their hate. Of course a racist will remain the same if no one tells them they’re wrong, that it isn’t a matter of “personal opinion,” and punishes them for their bigotry.

We live in a world where a bigoted “opinion” is on par with a favorite ice cream flavor: All opinions are valid and correct. No, this is not the case — especially if your opinion is harming another human being. Racism is institutionalized. The only way to fight it is to finally accept this fact and do something about it. Criminalizing, rather than romanticizing, racist symbols is a clear step in the right direction.

A Huffington Post article written by Krystie Yandoli brings up an interesting point: The Florida flag is greatly modeled after the Confederate flag, and it’s in Florida where a white man was allowed to murder a black teenager and get away with it under the “Stand Your Ground” law. People as a whole internalize symbols, and it allows for society to continue down the same path that it has been traveling. We internalize the Confederate flag and all offshoots of it, and in doing so we internalize racism. Even if it’s not conscious, we allow for racism to live on in our country that already has such a problematic birth.

Southerners may insist that they are honoring their history, but as Ta-Nehisi Coates says in his Atlantic article, “this isn’t about ‘honoring’ the past — it’s about an inability to cope with the present.” It is disingenuous to the past and to the future to hold on to evil symbols. It’s also unfair to those from the South who have surely learned and moved on from their ancestors’ backward thinking.

At best, the Confederate flag is a symbol of treason to America. At worst, it’s a symbol of how the institution of racism in America came to be. Many good things and people have come from the South since the Civil War ended, and those are the things that should be glorified today. Indeed, a reverend from Atlanta, Georgia who had a dream is a brighter beacon for the South than the Confederate flag will ever be. 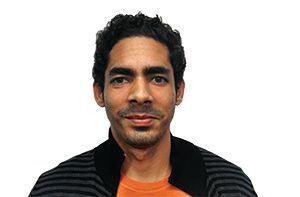 Addressing the crowd during one of the Sunday congregations on campus last semester, the pastor said — not necessarily...
Copyright 2013 Jupiter Premium Magazine Theme
Back to top