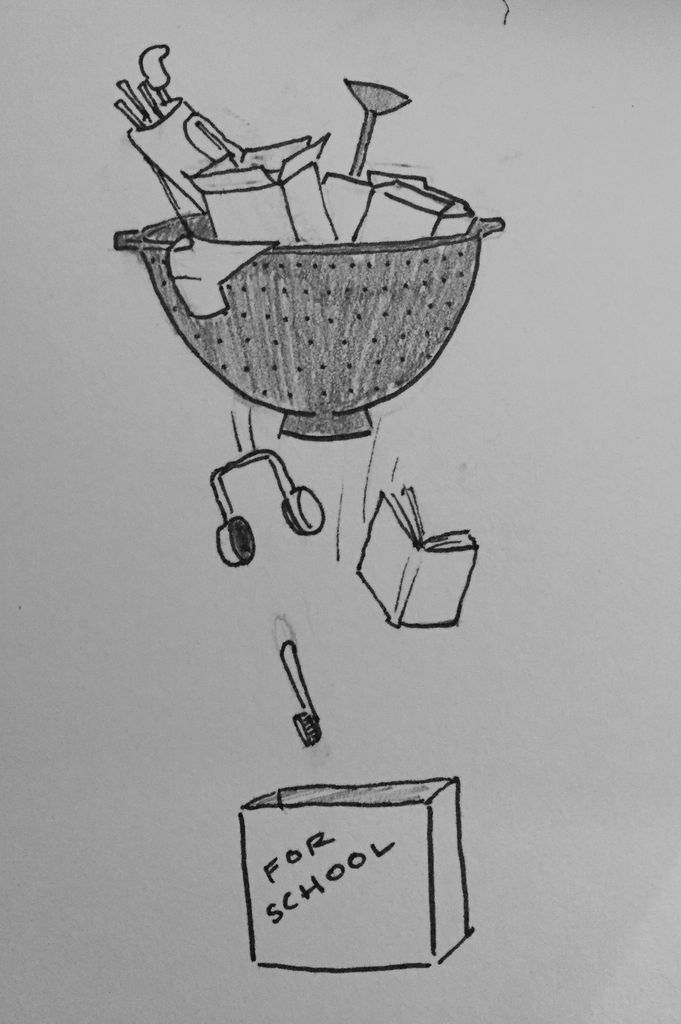 The process of moving back to campus every year can bring with it a few questions. As students begin dragging full, heavy boxes up the steps of their dorms, one question is often asked: “How did I end up with all of this stuff?” Books, clothing, bedding, and electronics add up quickly and heavily. This question and the struggle of constantly moving so much from my home to school and back is what prompted me to begin exploring minimalism.

Minimalism is often thought to be an aesthetic choice, often shown in the form of rooms with white walls, a single black couch, and other furniture with sharp, clean lines. Minimalism is actually not about the style of what you own but instead a philosophy of ownership. The idea behind modern minimalism is that who we are exists within us and not in the items we own. By letting go of the clutter that comes with owning more, we are better able to explore who we are and what we want.

Many of the things we own represent something about us. If we bought them ourselves, they are iconic of who we think we are or who we would like to be. If others bought them for us, they could be symbols of a relationship or history. Which is why it can be so difficult to get rid of these things. Our identity becomes so intertwined with our items.

Growing up as the daughter of an artist, I had boxes and boxes of art supplies. Paints, watercolors, sketchbooks, stamps, pens, pencils, charcoal, and any number of miscellaneous materials. While I still do art recreationally, I rarely use more than two or three different mediums, usually ink, graphite, and colored pencil. Even though I knew this logically, giving up those supplies was uncomfortable because, without my large stash of supplies, I felt like less of an artist . Looking back I find myself feeling glad they are gone, and find it easier and more relaxing to work with and own only the things I truly enjoy. I no longer deal with the guilt of owning unused supplies that someone else might actually use.

Another real part of the fear of getting rid of our possessions is worrying about if we might need them in the future. What if I needed those paints or that charcoal for a project I hadn’t thought of yet? Part of the process of minimalism is throwing away something that you will eventually rebuy. When this happens, you realize two things: you really did need that item, and it’s very rarely difficult to replace things you throw out. With these realizations comes a sense of peace knowing that the world will not end if something breaks or has to be replaced, because it’s just stuff.

One of the hardest parts of minimalism is giving away things that were gifts from others. We can feel guilty about getting rid of something that was chosen by us for others. The truth of the matter is this: very few people care about what you do with your gifts. No one is going to come by asking to see the souvenir shot glass they bought you on their travels. The joy was in the exchange of the gift. You can take a moment to appreciate the thought put into it the gift and then toss it.

If you walked into my room you would not think it was minimalist. In fact you might be wondering why I brought a small library with me to school. While some people use minimalism to be strictly utilitarian, my personal minimalism is about cutting down on clutter and surrounding myself with the things that bring me joy. So while I still huff and puff up the stairs to my dorm with my boxes of books, I know everything in that box is worth it.