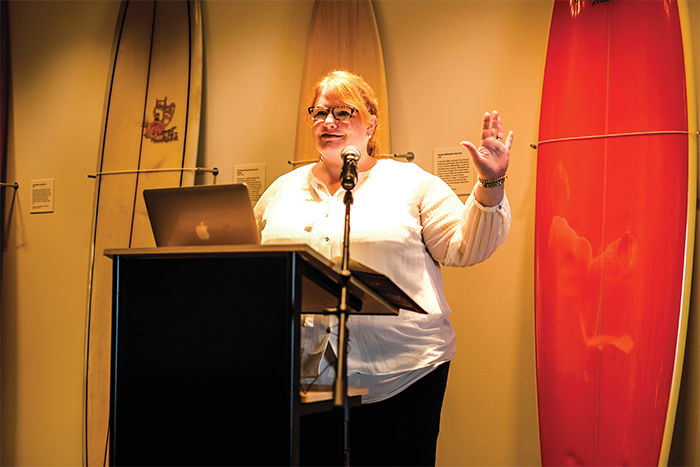 Anxiety contributes to hatred and discrimination, author of “This American Moment: A Feminist Christian Realist Intervention” and senior lecturer at St. Andrews University in Scotland Caron Gentry, said in a lecture last Monday, Sept. 23, in the Surfboard Room.

“American politics and social life are beholden to anxiety over changes that threaten the particular raced and gendered order that America and American life are built upon,” Gentry said.

Gentry’s lecture gave an overview of the topics that she expanded on in her book, “This American Moment.” 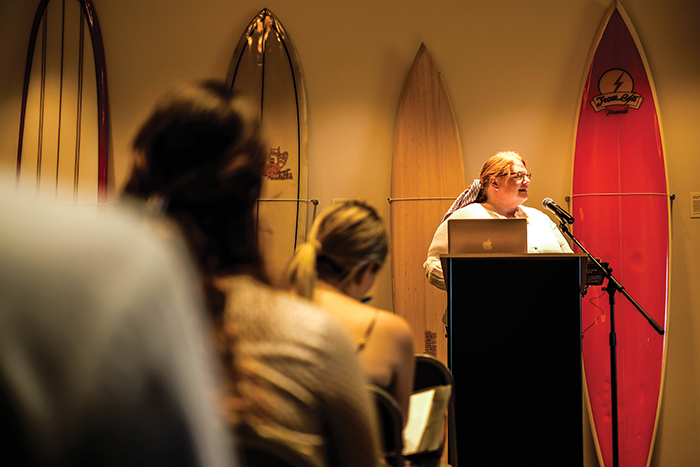 “‘This American Moment’ focuses on the concept of anxiety politics by arguing that America is in crisis,” according to the abstract of the book. “Those who uphold or participate in racist and misogynist politics are threatened by changes to the status quo.”

The talk was hosted by Robert Williams, divisional dean of Social Sciences.

“I think what you’ll find in this book and in this talk, is a fascinating look at the United States at this American moment from the perspective of someone who grew up in Austin, Texas and Boston, Massachusetts, but for the last seven years has lived abroad,” Williams said. 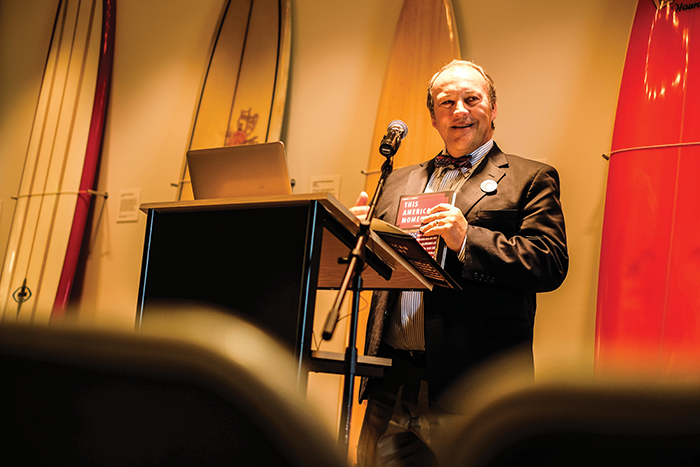 The hate and discrimination that Gentry refers to comes in forms such as sexism, racism, Islamophobia and terrorism. Gentry said these are manifestations of America’s resistance to change and the subsequent anxiety that results from it. Gentry defines anxiety as an uncomfortable sensation that stems from the unknown.

“Anxiety shuts us down. We cannot hear well, we cannot think well, and we certainly cannot act well when we’re anxious,” Gentry said.

Gentry said the majority of hatred stems from a concentration of power.

“Too much power leads to injustice,” Gentry said. 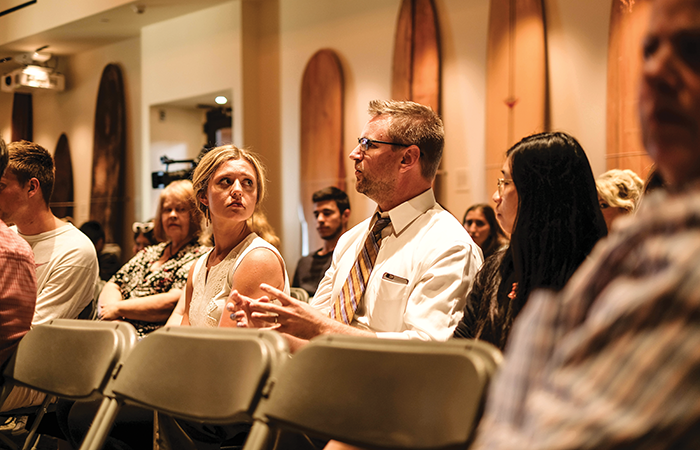 Gentry referred to many of the countermovements such as All Lives Matter and the rise of white supremacy as anxious reactions to progress.

Although anxiety is a powerful force, it is still the responsibly of global citizens to maintain compassion, Gentry said.

“We have to understand the anxieties that led to this place, but it doesn’t make them OK,” Gentry said. “We have to stay true to what we believe and what is right. And right now that means to speak up.”

Gentry said empathy, understanding and accountability are the best ways to respond to hatred and maintain self-control. 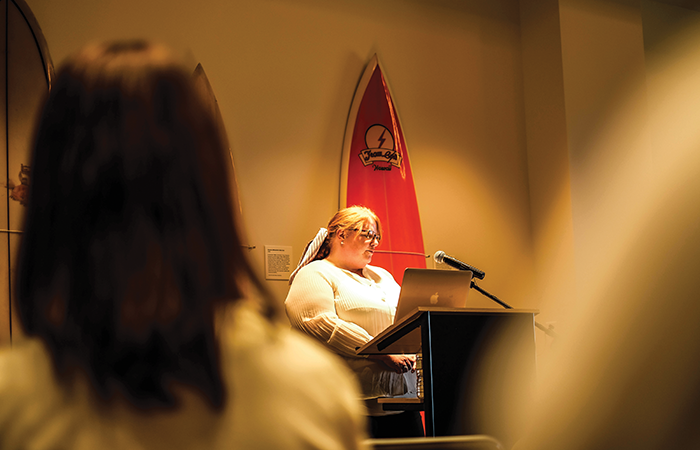 Gentry said her Christian perspective influences her work. She practices active Christianity through writing about social injustices and how to remedy them using love, empathy and understanding.

“We are called to be in a relationship with all of creation, with all of humanity, no matter race, class, gender, sexuality or religious beliefs,” Gentry said.

“In class she dropped the words ‘White Supremacy’ and I thought that was really bold, so I wanted to come back and hear about how that connected with being a realist and a feminist and a Christian, and how that all ties back to anxiety,” Doublesin said.

“I thought it was a wonderful perspective on a lot of things that I couldn’t really narrate myself or that I couldn’t grasp because I didn’t feel like I had the language to do so,” Diaz said. “I can see that there is a way to bring in your personal empathy or views to a political setting. We need to bring love and empathy into our conversations and that can lessen the anxiety that we react upon.”