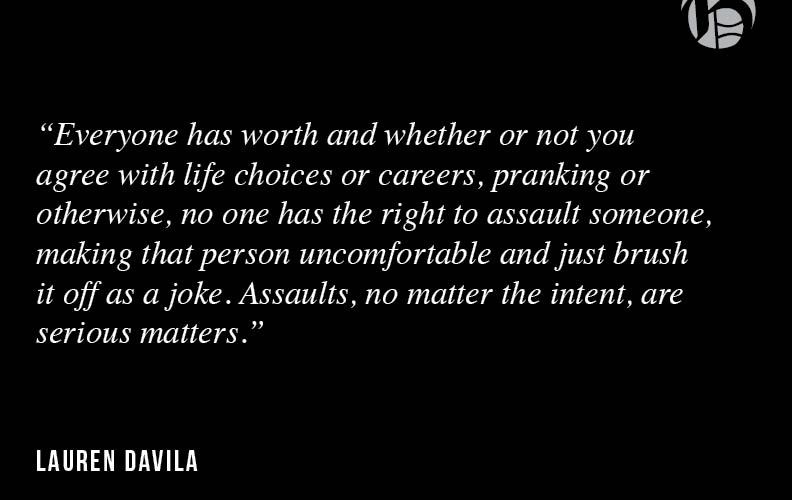 During Milan Fashion week, on Sept. 21, models Gigi and Bella Hadid were filmed leaving a MaxMara runway show. However, in between the flashing paparazzi lights and screaming fans, someone grabbed Gigi and lifted her off the ground.

The altercation might have physically ended after Hadid fought back, but it didn’t stop emotionally. Vitalii Sediuk has been fined and banned from red carpets for attacking other celebrities, such as America Ferrera and Brangelina (RIP). But these incidents are not just pranks, as Sediuk so righteously proclaims them to be. Rather, they are explicit, aggravated assaults.

Assault is defined as “an intentional act by one person that creates apprehension in another of an imminent harmful or offensive contact,” according to Common Law. Apprehension is not a laughing matter and Sediuk’s pranks are assaults.

But somehow, media outlets and society allow laughter and headlines to eclipse this was an assault. Some of these media outlets, such as the Daily Mail (who stated Hadid “lashed out”), Marie Claire (who deemed the prankster a “handsy fan”) or Showbiz (calling this “not model behavior”), egregiously used sexist language to describe this male-on-female assault (two of the sites seem to have taken down these articles due to the extreme backlash and they can only be viewed through screengrabs on Twitter).

Sediuk released a statement to the Hollywood Reporter stating that this prank was to call attention to “well-connected, cute girls from Instagram” not suited for high fashion.

But who is he to decide? If the fashions gods have shown favor upon the Hadid sisters, then let them be. Everyone can find problems with fashion models, from a lack of body positivity to cultural appropriation.

Everyone has worth and whether or not you agree with life choices or careers, pranking or otherwise, no one has the right to assault someone, making that person uncomfortable and just brush it off as a joke. Assaults, no matter the intent, are serious matters.

No one is laughing.

Fighting back, expressing self-care and seeking help from outside sources are important after a physical or sexual assault, please contact the Pepperdine Counseling Center or the Health Center and call the police. 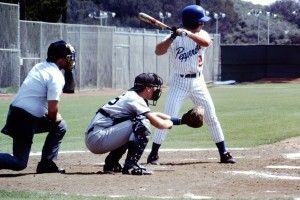