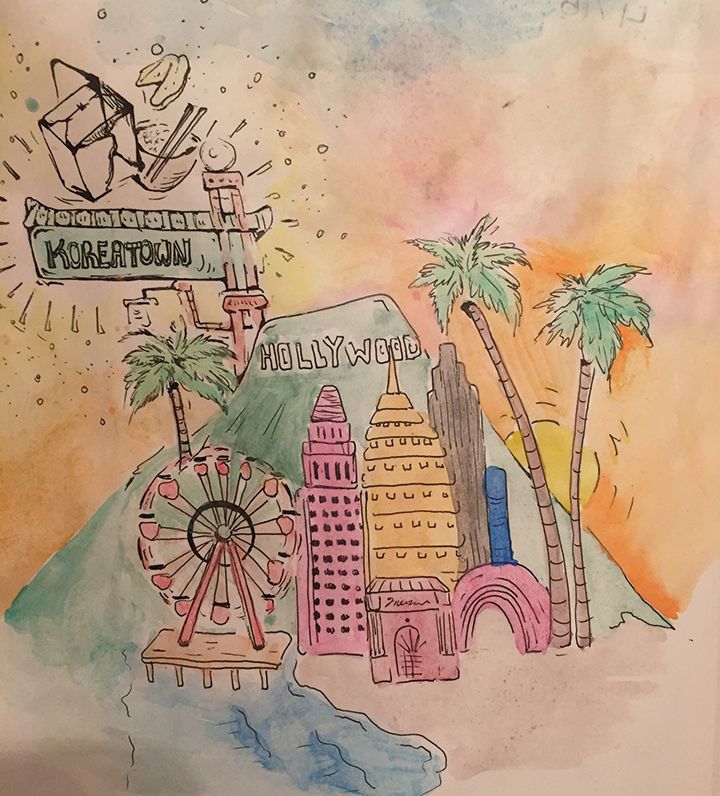 My father devoted his entire working career to being a food engineer. He grew up in an impoverished village in Taiwan, splitting a salted egg with seven other family members over bowls of diluted rice. After he immigrated to Massachusetts and earned his PhD in food science, he devoted his time to intricacies from the granule size of sugar in Nabisco biscuits to working on infant formula.

However, at the end of every long day, my father would return home to Chinese cooking. This included vegetables the grocery store didn’t have — kai lan, daikon radish and bitter melon. Distinctively Asian flavors became a safe haven in a workforce otherwise characterized by a degree of xenophobia. When my father saw the expanding food market in China, we found ourselves in Shanghai, where I attended Shanghai American School.

For lunch, my classmates consumed burgers, hot dogs, sandwiches and chicken nuggets — all engineered to be consumed neatly and “free of odor.” I distinctly remember opening my Peter Rabbit lunchbox during my first week of first grade to homemade stirfry, which prompted comments from classmates. The contents of my container were deemed “street food,” (as if it were a bad thing!) and mocked for being inherently inferior. While it did not occur to me then that PB&J and bologna sandwiches were ironically more accepted in China than my rice dishes, what I did understand was “lunchbox shame,” in which authentic non-Western dishes are eaten behind closed curtains and are not to be on the menu when your Caucasian friends come over for dinner for fear that they may be overly concerned that the steamed fish on the table is not a filet and is “looking directly at them.” I, along with many other hyphenated Americans, concocted a mental food pyramid of shame, where the top was reserved for the most processed and, therefore, least messy meals. The bottom came with spices, thick sauces, and the heart and soul of my tastebuds — yet it was to be offered to others with numerous warnings and with readily available 7UP and Pepto Bismol.

Now that I am older, I realize that Chinese food is trendy. When my peers namedrop food items such as dimsum and peking duck, there is an underlying sentiment of “I am cultured and my palette is refined.” It comes with a degree of proclaiming to be well-traveled, and I cannot help but feel uneasy. I am conflicted because on one hand, I am delighted that Asian food is receiving its well deserved spotlight. Yet on the other, I find it ucanny that Chinese food is becoming cool just as China is entering the world stage as a financial powerhouse. Where was the appreciation for Chinese food when Chinese food was limited to what immigrants had to offer?

One of the most troubling concerns about food-shaming is the use of the word “ethnic cuisine,” simply because the term itself is so selectively applied. “Ethnic” has become a replacement for “authentic and questionable,” rather than “foreign.” For instance, French or German cuisines are hardly considered ethnic. To quote Lavanya Ramanathan from the Washington Post, the phrase is reserved for food items that are “the most foreign, often cooked by people with the brownest skin.” In addition, to consistently label the food of immigrants as exotic, labels their children as perpetual foreigners, even if their family lines have been American for decades. The mark of “ethnic” food signifies a certain degree of inferiority — the cheaper, the more authentic and the more likely to be served by an immigrant family.

I am writing with a plea. I am asking for the food of my culture and other cultures to be appreciated within its context. I want it to be appreciated for its flavors and textures, devoid of any worldliness that may accompany its “exotic and foreign” features.

I look forward to the day when my children can pick up a menu wherever they are and appreciate each dish for its context in whatever form it is — authentic, fusion or Panda Express (whatever that falls under). In the meantime, you will find me somewhere on the Internet writing raving Yelp reviews for underrated food stands and trucks.