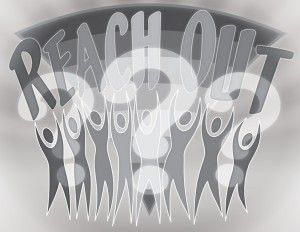 Leaders of Reach OUT, an unofficial organization  supporting LGBT students, are preparing to apply for recognition in the Inter-Club Council (ICC). Meanwhile the Office of Student Affairs has made efforts to address Pepperdine’s LGBT community — including meeting with Reach OUT. But what makes this club different from the others to apply for club membership in the past?

According to Mark Davis, Dean of Student Affairs, the University must respect the values it has historically held, including the affirmation that sexual relationships are reserved for man and wife. The issue with “official recognition” in the University’s eyes, said Davis, is that it implies endorsement. Davis argued that Reach Out is recognized at Pepperdine, but not endorsed. Although the group is allowed to meet on campus, without ICC membership Reach OUT cannot hold events on campus unless another student groups sponsors it.

“We want to create an environment where everyone can express their opinion,” Davis said.

Davis said he admires that non-gay Pepperdine students have the ability to say, “I’m not sure if I agree with what you’re doing, but you’re my friend. I love you.”

The Building Bridges Committee is composed of about 20 members including Chaplain Dave Lemley, Director of Convocation Sarah Jaggard, Housing and Residence Life, University Church ministers, students from the School of Law, SGA President Mimi Rothfus and Executive Vice President Nico Gutierrez, and LGBT students and their supporters. The committee meets once weekly to discuss how to improve the campus environment for LGBT students. One of its initiatives includes clarifying University policies in next school year’s Student Handbook regarding interpersonal relationships, specifically the sexual relationship clause. Davis said this may include a Frequently Asked Questions section in addition to establishing a “biased incident report protocol.”

Graphic: What is the official stance, if any, of Student Affairs/the University on a gay-straight alliance such as Reach OUT on campus?

Davis: As a private, Christian university, Pepperdine has taken the approach that official recognition is only given to student organizations that clearly support the Christian mission and the policies contained in the Student Handbook.  For example, while we welcome students to attend Pepperdine from all backgrounds, most people understand why we don’t officially recognize a student organization that has a goal — stated or unstated — to endorse atheism. Our affirmation statement declares that “God Is,” and so we promote this position. Pepperdine also affirms that sexual relationships were designed by God to be expressed solely within a marriage between husband and wife, and so we endorse this traditional sexual ethic.

G: What are some of the challenges of officially recognizing a group like Reach OUT at Pepperdine?

A related challenge is that official recognition implies endorsement of a position, and it includes University funding.  Regardless of the student organization name or purpose statement, giving official recognition to an LGBT group will signal to some that Pepperdine no longer affirms the traditional sexual ethic and is using its resources to support a position inconsistent with our Christian heritage.

At the same time, I’m concerned that not officially recognizing a LGBT student group could leave the impression that we don’t care about our LGBT students. While there is disagreement on the complex moral issue, we need to make it clear that disagreement is no excuse for the poor treatment of any member of our community.

Pepperdine respects everyone’s right to form his or her opinion and recognizes that there are members of our community who do not agree with the traditional sexual ethic. Regardless of one’s viewpoint, Pepperdine affirms the dignity and worth of every person and seeks to create a campus culture where each person is treated with love and respect.

The topic of homosexuality is emotionally charged because it touches our lives in so many ways, including our relationships with friends and family and our cherished religious beliefs.  I am saddened by the hateful language, the judgmental comments, and the overall lack of respect that is shown to people on all sides of this debate.  While the debate should be “over” on the individual worth and dignity of every human being, we need more thoughtful dialogue on God’s design for sexual relationships how people decide what’s right and wrong, and the role of the Bible in making these decisions.

We also need to be able to disagree on religious teachings without condemning the other person to hell or labeling someone a bigot just because we don’t share the same viewpoint.  In this time of heightened sensitivities, we need people who can express their convictions with civility.  In Richard Mouw’s book, “Uncommon Decency: Christian Civility in an Uncivil World,” Dr. Mouw reminds us that “convicted civility” is the key for survival in this pluralistic age.

I am looking forward to the exciting dialogues we have planned over the course of this year through the “Building Bridges” group that includes the leaders of Reach OUT as well as other students, faculty and staff. Our goal is to help us come to a greater understanding and appreciation for each other’s beliefs and common humanity.  The group will be making recommendations on additional educational programs, support/discussion groups, and changes to our harassment policy to make it clearer that Pepperdine will not tolerate the harassment of any of our community members, including students who identify as LGBT.  We will also work together to review a new set of FAQs based on common questions raised last year from our dialogue with LGBT students. Ultimately, our work will be incorporated into the Student Handbook.

G: Who is ultimately responsible for making the final decision?

D: Whenever Student Activities has any questions about a student organization application, it is forwarded through the supervisory chain for review. Issues that impact the identity of the school and relationships with constituents are ultimately reviewed by the senior administration.

G: How does the University address criticism from WASC as well as national publications in relation to Pepperdine not recognizing a gay straight alliance on campus?

D: WASC has a long history of respecting the uniqueness of each school’s mission and heritage. In its recent site visit report, after noting that some in our community feel unease in speaking about sexual orientation, WASC recommended: “The University should continue its good work in diversity, support it spiritually and financially, and recognize openly the importance of campus climate and the quality of the educational experience to all students.” We fully agree with this statement and are dedicated to maintaining a Christian learning community where everyone is treated with dignity and respect.

A 17-year-old high school student was the third young man to die in a span of six days, leaving a community in shock and wondering...
Copyright 2013 Jupiter Premium Magazine Theme
Back to top