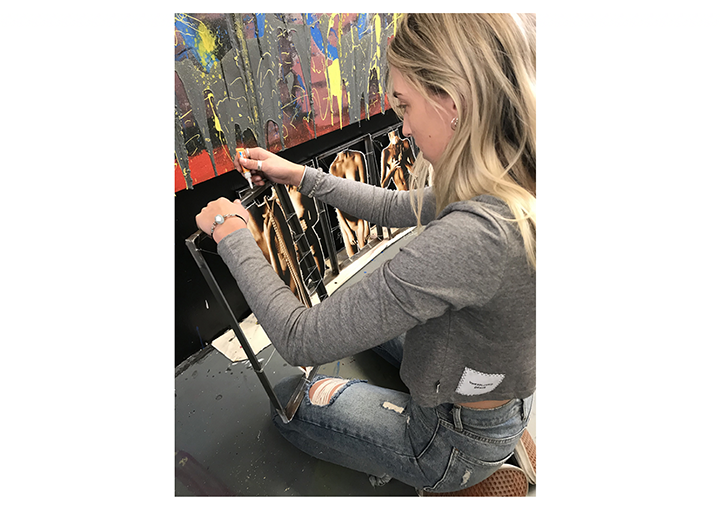 Senior Alessandra Guth said she is attempting to deliberately provoke administration with the religious subject of her art exhibit project, which will debut Nov. 21.

“I am an artist that will never follow the rules because rule followers don’t get anywhere in the art world,” Guth said. “I’m using this Biblical reference and poking fun at the fact that Pepperdine teaches us about the seven deadly sins — how you need to have some sort of a clean slate from God and how, to do that, you need to believe in God. But everyone sins.”

Her artwork features seven photographs of seven completely nude Pepperdine students’ bodies, without showing their faces, printed on canvas and cut out. The shapes are suspended to metal frames by wires.

“This is me saying, ‘Let’s not make our students feel like sinners because they have normal characteristics [a sinful nature, nude forms] that everybody holds,’” Guth said. “It also doesn’t mean we’re sinners if we are naked. It’s a body. That in itself is art in my opinion.”

Listen to this story on PGM’s news podcast “The Graph” on Apple Music and Spotify:

Guth said she has received advice from professional artists to consider depicting subjects that her school would be shocked by.

“I just immediately thought: anything that goes with religion that they don’t like,” Guth said.

Dean of the Fine Arts Division Bradley Griffin said the reason for separating her work is that it necessitates a forewarning about what an audience member is about to encounter.

“There’s no way we can close off entrances to the Sandbar and [put up signs that] say, ‘There is work in this space that could be triggering for some individuals,’” Griffin said. “We have to make a decision about what we are going to hang in a completely public space like that — one that’s not technically a gallery space.”

Griffin said Guth’s work will not be covered up in any way, and it will be presented as the artist intended in the mobile art gallery.

“I’m not interested in having anything to do with determining what to do with her work,” Griffin said. “What I am interested in is the way in which patrons will interact with the work and being responsible to the community in that interaction.”

Guth said she feels it is unfair for her work to be displayed separately from her peers’ work.

“Just because they’re not making me cover the body part doesn’t mean they’re not censoring it,” Guth said.

Griffin said he does not consider separating Guth’s project to be censorship.

“The Fine Arts division is not in the business of censoring art,” Griffin said. “There’s no denying it is separate from the work that’s hanging inside the Sandbar. But by putting it in the mobile art unit for the opening, we’re not saying, ‘This is not a part of the show.’” 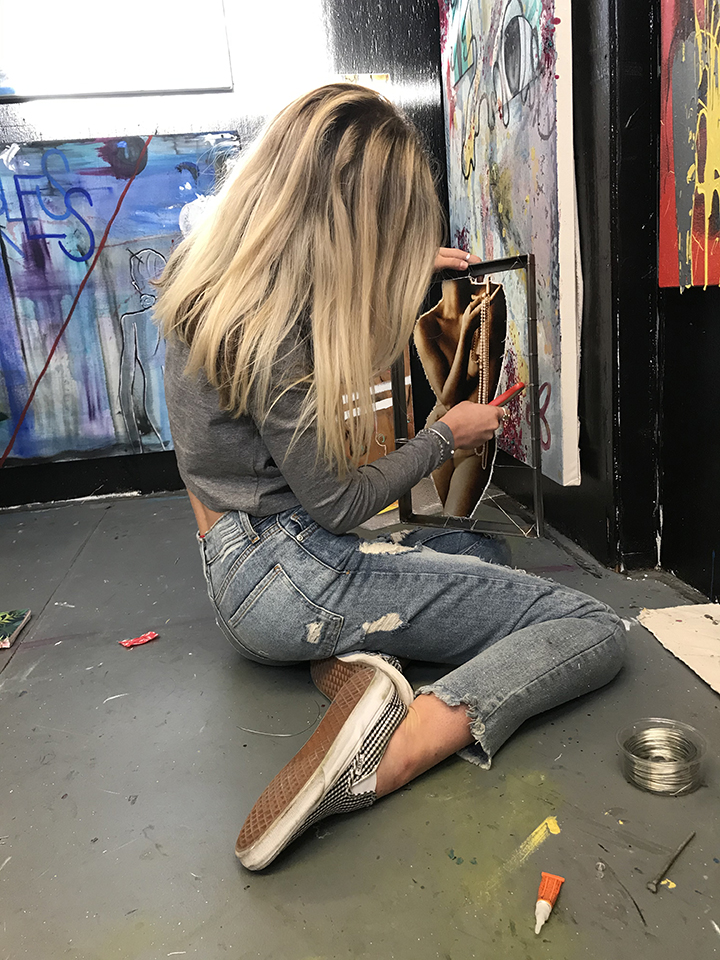 Guth welded metal frames, which her photographs are attached by wires, as part of her project.

The mobile art gallery will be moved off campus after the exhibit’s opening night. Guth and Griffin both said they believe it would be unfair for Guth’s work to no longer be displayed for the remainder of the semester, as her peers’ work will be.

“My work deserves to be seen with everyone else’s fairly,” Guth said. “These are not pornographic images. So the fact that they are sexualizing my work and making it into something that it is not is also very annoying because everyone has a body, and there’s no faces.”

Griffin said he is working closely with Batcheller to find a solution for Guth’s work to be displayed for the same amount of time as her peers’ work.

Batcheller said she believes the issue of how to display Guth’s work brings to light a greater issue in the Fine Arts Division.

“I don’t know that this is as much an issue of censorship as it is of [the need for] a dedicated student gallery space,” Batcheller said.

Currently, the mobile art gallery is the only dedicated space for student work available.

Batcheller said she has been pushing for a space for students to display their work as well as a nude figure drawing class on Pepperdine’s Malibu campus.

At the same time, Batcheller said she understands the pushback from the university.

Clarification: The work of Guth and four other student artists was displayed in the mobile art gallery. In the original reporting of the story, it was not clear that other artists would be included.