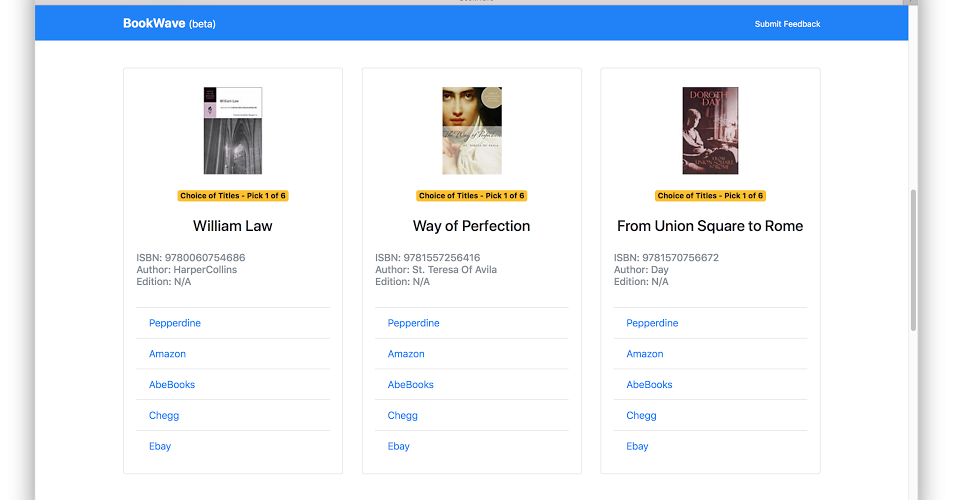 Senior Micah Benn is working on creating BookWave, an app for Pepperdine students that allows students to easily find textbooks and compare prices. BookWave will allow students to type in their classes, and the app will list the needed textbooks with links to Amazon and Chegg. Benn said he plans to have the app done by late November or early December for students to use next semester.

“I built BookWave because the entire textbook hunt is tiring for both me and everyone else,” Benn said. “If I can build something that gives others the opportunity to build meaning in each others’ lives, then I should do it.”

On average, students spend $655 a year on textbooks, according to the National Association of College Stores. BookWave will help students find the cheapest option to save money.

Benn said he was inspired to create Bookwave after realizing buying and finding books on campus was a problem. He began working on the app early this semester after Pepperdine shutdown his app, Rho Shuttle App.

“In the past, I’ve heard friends and others turn down hanging out with each other because ordering books pretty much took all their money,” Benn said. 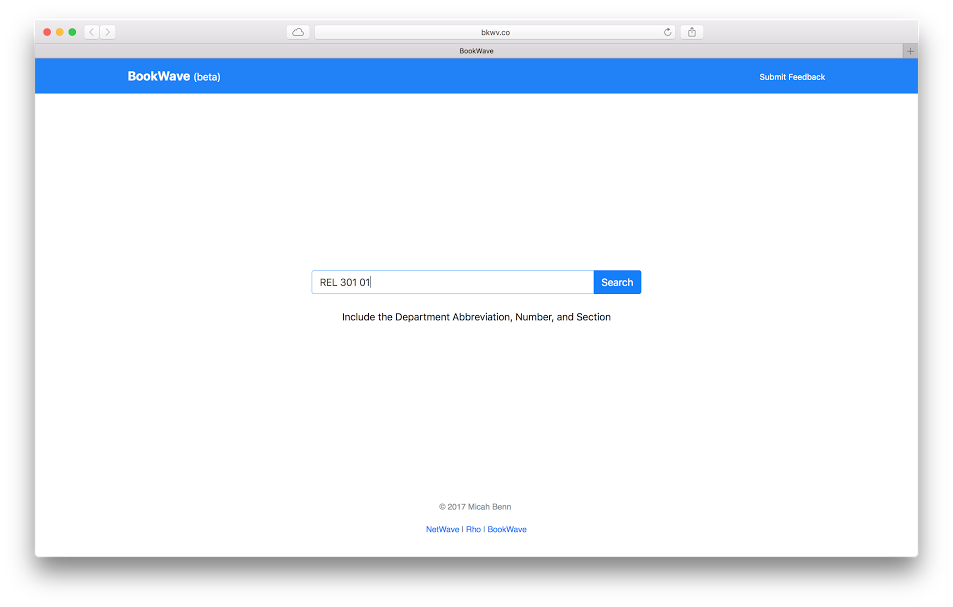 Benn said he has already received positive initial feedback and has done a beta trial with a small group of friends at Pepperdine.

“I can only imagine that students will love it even more once it’s ready,” Benn said. “Because students can come directly to me with feature requests, they know BookWave has their best interests in mind. Students will not only be able to save time, but also money.”

“I usually type in the ISBN code name and find the cheapest option,” Shankar said. “I have a standardized way to buy textbooks, but Bookwave would make things so much easier. Sometimes I can’t figure out which books I need for what class.”

Benn, at the time of the article, has yet to be contacted by Pepperdine about the app. He said he hopes Bookwave will help the huge push for Pepperdine to create a dedicated Computer Science major.

Benn said he learned how to code through self-teaching, which allowed him to create Rho and BookWave.

“I learned to program in middle school by watching YouTube videos,” Benn said. “I’ve always been into LEGOs, and coding followed a similar logic. I’m always down to try out new hobbies that require a good imagination.”

Benn said he hopes Pepperdine students will enjoy BookWave and that it will make the textbook-hunting process easier. His goal is to make buying textbooks easier and cheaper for students at Pepperdine. 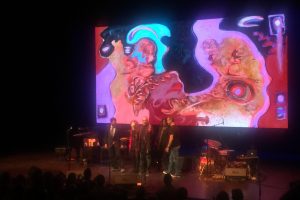 Photos by Maria Valente A jazz concert was held this weekend at Pepperdine not only for entertainment but for a cause. Grammy...
Copyright 2013 Jupiter Premium Magazine Theme
Back to top