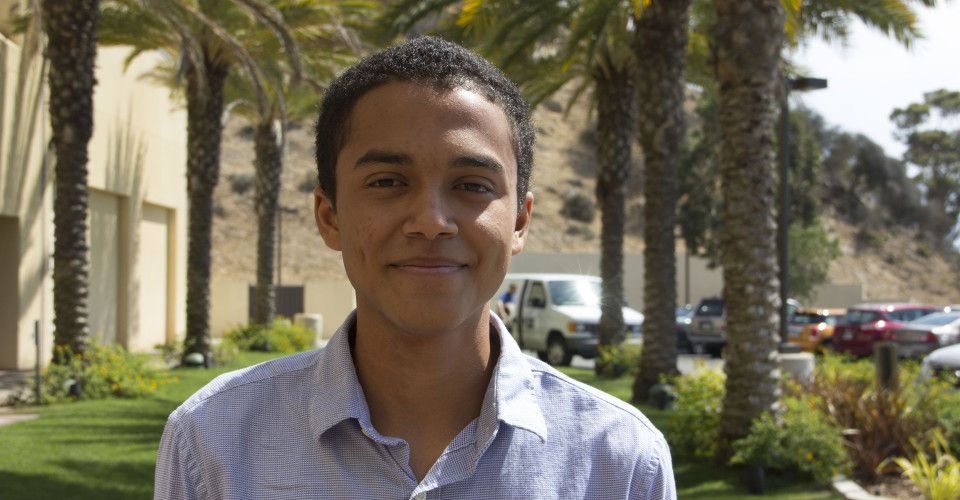 The app is a cleaner, faster, smoother, more accurate version of the already existing shuttle tracker that exists in the Pepperdine app, Benn said.

“Everything is native unlike the official Pepperdine app, which is a web view bundled as an app,” Benn said. “This one is programmed in swift and is much faster, cleaner and simpler.”

The widget bar is available for all users.

Rho updates the location of the shuttle faster than its Pepperdine counterpart.

Rho achieves a faster update speed because it receives location data directly from the data provider, DoubleMap, that tracks the shuttle closest to real time, Benn said. DoubleMap can be accessed by going to pepperdine.doublemap.com. Double map updates the shuttle location every second.

“Rho is only as accurate as the data Pepperdine provides, but it requests them better,” Benn said.

Rho was set to update every two seconds instead of one second because it would ease the load on Pepperdine’s servers, Benn said.

The development of the Pepperdine shuttle tracker app was outsourced to Modo Labs, Benn said. On Pepperdine’s app, all transit requests go from the app to Modo Labs and then to DoubleMap. This three-step process is what causes the differences in update times: Rho is just a two-step process.

Rho was developed to address slow load times of the Pepperdine app.

“Last semester I would study late in the library with some friends and they would try to make the shuttle on time,” he said. “They would have the Pepperdine shuttle app and it would take a long time to load and they would get frustrated with it.”

Benn developed Rho this past summer during his internship in Singapore. It took about four months to develop. He said he worked on it during his free time during nights and when he got off work. Rho is only available for IOS users because it was designed with Swift, a computer programming language designed by Apple.

Rho is not yet available for Android users.

“I want to eventually come to Android,” Benn said. “I don’t know how to program for Android so I am going to have to learn it and then research some of the libraries to use. I definitely want to develop the iOS app and the Android app in unison.”

Benn said he is already thinking of improving Rho by working on a Geo-Fencing component and adding customizable shuttle stop names.

“If you approach a certain stop it will alert you about the arrival time of the shuttle,” Benn said. “Let’s say if you leave the building in the RAC, it will send the notification of the shuttle that you want.”

Pepperdine students also found Rho to be a useful part of their day-to-day campus life.

“I really like Rho! It has very clean lines and is very user friendly,” junior Intercultural Communication major Elizabeth Lowe said. “The feature in widgets is super accessible, and I really like how it shows my favorited stops. With just one swipe, and a touch of my finger, I can easily see when the shuttle is coming.”

Although Lowe found the app very user friendly, she also noticed some aspects of Rho that could use improvement.

“On the map section, I think it’s a little hard to discern which dots are the stops, and which ones are the buses,” Lowe said. “On the stop page, I can’t tell if the time is supposed to be for the orange shuttle, the blue shuttle, or both. Those are the only components that are a little confusing to me.”

“Rho allows you to see when the shuttle will be here on your iPhone on the notification bar,” Haskell said. “In the Pepperdine app you have to unlock phone, find the app, open the app, find shuttle section and then you can see it.”

Rho was named after the parking lot on campus because it is the biggest parking lot, Benn said.

“That was the entire thing behind it. That is the biggest parking lot on campus,” Benn said. “This has to do with a shuttle so you put the two and two together.”

This article was corrected at 10:37 a.m. to note that the widget bar is available for all users. 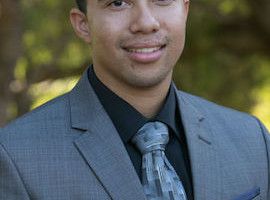