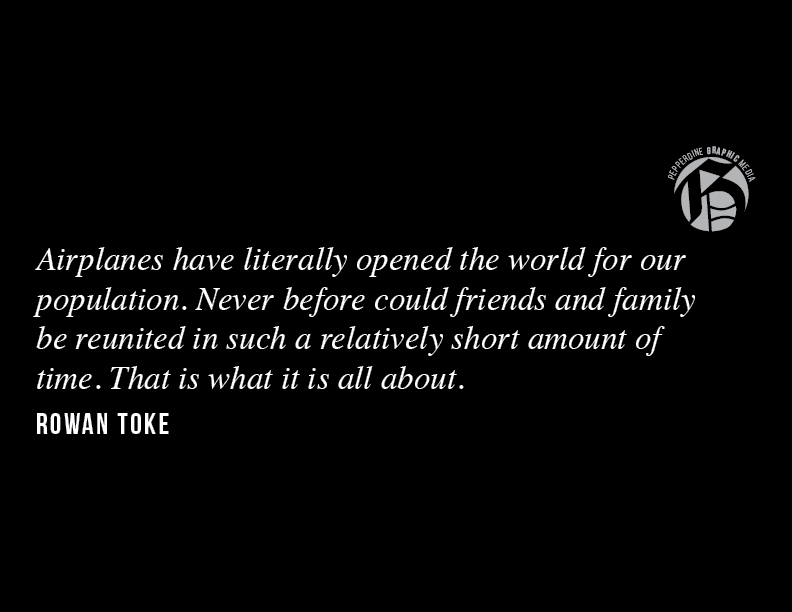 When I think about airplanes, I fondly think about the hours I spent with my dad traveling to New York to visit my grandparents.

I think about the one glorious time that my dad and I met the Black Eyed Peas on an airplane. I think about the little bag of perfectly salted pretzels the stewardess offers each passenger and the often-unexpected connections I have formed with strangers in neighboring seats. I think about my family coming together to spend time together in a different location. I think about the wonder that fills a child’s eyes when his or her parent bestows a bag of pristine toys as entertainment during the flight.

Even though I am heartbroken by the tragic airplane crashes that have happened, I choose to see the many benefits of air travel and the innumerable doors that it has opened for the world. Airplanes allow people to visit friends and relatives who live far away, and even to surprise their loved ones. People like me, who happen to be obsessed by videos of military members’ surprise reunions with their families, greatly appreciate airplanes.

I do acknowledge that there are less-than-ideal aspects of air travel. There can be screaming newborns, toddlers kicking your seat and loud conversations. The food can be not especially tasty, and the lavatories are quite uncomfortable, but that is not the point.

Airplanes have literally opened the world for our population. Never before could friends and family be reunited in such a relatively short amount of time. That is what it is all about.

The ear-to-ear grins that cover loved ones’ faces as their travelers arrive at their destination are second only to the comforting feeling of your loved ones wrapping their arms around you after you run toward them from the gate.

At Pepperdine, air travel is especially beloved because of the presence of international students, students from other states and International Programs. All of these things that make Pepperdine so special would not be possible without airplanes.

Although being stuck in an airplane for hours on end can be the opposite of fun, I see it as an opportunity to be productive, or just to catch up on some Netflix, because there really isn’t anything else to do. Besides, a few hours on an airplane are most definitely canceled out by the sheer joy felt when reuniting with loved ones or arriving at an exciting, new destination.