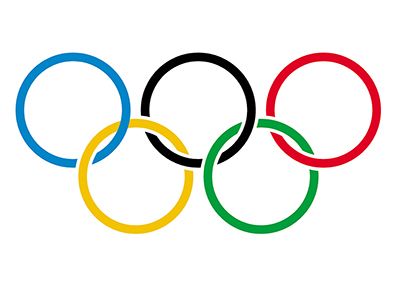 For Team USA, the 2014 Sochi Winter Olympics has not been the usual extravagantly sweeping medal victory. Upsets abound on the ice and snow as athletes have fallen short of their goals in the shadow of their defeaters’ glory. Heartbreak has become a common theme as weather conditions or mere human error seems to keep the most talented athletes from performing up to their full potential. Team USA’s morale could have plummeted like the arctic winter temperatures of Russia. However, amidst the unpleasant surprises, six American athletes decked in stars and stripes rose above the cold to claim gold in their respective events. The “Saving Six” have grabbed the opportunities presented to them and have, very literally, flown away on the wailing winter winds bearing Old Glory to the most coveted of all positions atop the tallest podium.

FEBRUARY 8. The first gold medal win of the Olympics for the United States came from the cool combination of spontaneity and surfer style — two words which not only describe Sage Kotsenburg’s slopestyle snowboarding final run, but also his “chill” personality. Refusing to be distracted by other boarders’ performances, Kotsenburg instead remained true to his own way, even if it meant going for a trick that he had “never even tried … before, literally,” as he stated in his interview with ESPN. This trick, coined “The Holy Crail” by its creator, had him rotating four and a half times while spinning with one hand grabbing the board behind his back. Although the breezy boarder admitted to ESPN, “I had no idea I was even going to do a 1620 in my run until three minutes before I dropped,” Kotsenburg executed the maneuver with his characteristic finesse, earning him first place and the first gold medal in Olympic slopestyle snowboarding.

FEBRUARY 9. Close behind Kotsenburg’s gold medal win, Jamie Anderson rose to the tallest podium by finishing first in women’s slopestyle snowboarding. A fan favorite, Anderson procured the win not only for herself, but also for Team USA as she became the first American woman to win a gold medal in the Sochi Winter Olympics. Her 11 family members could not contain their excitement as the final score of 92.5 placed her in the winning position. In her interview with USA Today, Anderson’s mother, Lauren, described the pride experienced: “It felt like her moment.” Thanks to her run consisting of two 720s, Anderson basked in “her moment” as the first Olympic gold medalist for women’s slopestyle snowboarding.

FEBRUARY 13. The debut of another new winter sport event, men’s slopestyle skiing, afforded Team USA another chance to celebrate with an American sweep. Joss Christensen took the gold, while Gus Kenworthy and Nick Goepper stood beside him, awarded with silver and bronze medals, respectively. The three athletes participated in the new Olympic event and became the first United States grand sweep in men’s slopestyle skiing, and won the first medals ever for the event. Hailing from Park City, Utah, now gold medalist Christensen procured the fourth spot on the men’s freeskiing team amidst much controversy, because freeski fans predicted that Tom Wallisch would take that spot in the 2014 Winter Games. However, once Christensen surveyed the course in Sochi, all negative fan feedback was forgotten. He stated in his interview with ESPN, “This means a lot to me. I wanted to keep the ball rolling. I wanted to prove myself. I didn’t try to put any more pressure on myself. I just wanted to ski and have fun.”

FEBRUARY 13. Thursday proved to be an exciting and encouraging day for Team USA as not only Christensen and his teammates were honored for sweeping the men’s slopestyle skiing, but Kaitlyn Farrington as well. As the final snowboarder to be named for the U.S. women’s halfpipe snowboarding team. Farrington took her place atop the tallest podium to receive her gold medal. No one seemed more surprised than she was when she far exceeded her own expectations and scored a 91.75 thanks to a backslide 900 and two 720s performed with an impeccably clean-cut technique. Farrington’s plans to celebrate by dancing “my face off,” as she articulated to USA Today, betrayed “her likable youthfulness and exuberance.” The night’s first competitor, Farrington set the standard which all other competitors failed to meet. Basking in applause and standing with arms around her teammates after the flower ceremony, Farrington proudly wore her first Olympic medal and let the surprise of it all continue to break over her like Old Glory around her shoulders.

FEBRUARY 17. The theme of “first” continued throughout the Olympic Games as Meryl Davis and Charlie White prevailed over the Russian and Canadian couples to become the first United States gold medalists in ice dancing. Paired together since they were ten years old, Davis and White had already obtained the world champion title as well as a silver medal from the 2010 Vancouver Olympics, but their skates were primed for more. Their performance to the music from “Sheherazade” was flawless, a complicated yet perfectly executed series of steps and lifts with facial expressions to match. White’s expression of pure joy mirrored Davis’s as they celebrated after the results had been tallied. Seventeen years of hard work paid off as they stood with gold medals around their neck and smiles breaking across their faces.

FEBRUARY 18. As of Tuesday afternoon, Team USA earned its most recent gold medal as David Wise skied to victory with a halfpipe run boasting of a 720 spin and a 540 spin. Especially noteworthy, Wise’s 540 spin had him landing and then skiing backwards, a bold twist on an already difficult trick. Wise’s run earned him a 92, setting the record for the highest score of the night. However, Wise fell on his second run, resulting in the lowest score of the night. Husband to Alexandra Wise and father to two-year-old Nayeli, Wise introduced the first Olympic men’s freestyle ski event with his signature right-side double cork 360, conquering the treacherous sleet to win the gold medal for himself and for his country.

The 2014 Sochi Winter Olympics may not have produced the medal count that the United States had been expecting, as weather conditions have undoubtedly affected some athletes’ performances. However, the Olympics offer such a momentous opportunity — the chance to do the absolute best one can do at a given time and place. Sometimes, athletes cannot perform to their absolute best, a common theme of the past week and a half. However, despite much of the disappointment certain athletes experienced in their respective events, at least six representatives of the United States have found their place atop the tallest podium. Not only have they each become one gold medal richer, but their names will now remain forever in the metaphorical Olympic Book of Eternal Life. Accomplishing a “first” either for their country or for themselves personally — first American gold medal of the Olympics, first woman to gold slopestyle snowboarding, etc. — these six athletes are the current rulers over the Sochi winter landscape. They have gifted the world stage with an athletic Midas touch, turning what were once merely dreams into gold.

EDITOR’S NOTE: Since this writing, another US Olympian has reached gold. Ted Ligety is indeed every bit a champion, achieving gold in the giant slalom ski event with a winning time of 2 minutes and 49 seconds. Ligety is another first, as he is the first American man to win the Olympic giant slalom and the first to win two Olympic Alpine gold medals. 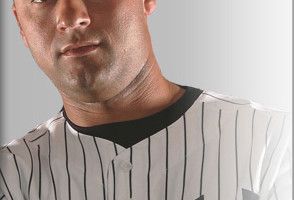 Photo Courtesy of derek.jeter.mlb.com The long-time Yankees shortstop, Derek Jeter, has announced his retirement For...
Copyright 2013 Jupiter Premium Magazine Theme
Back to top