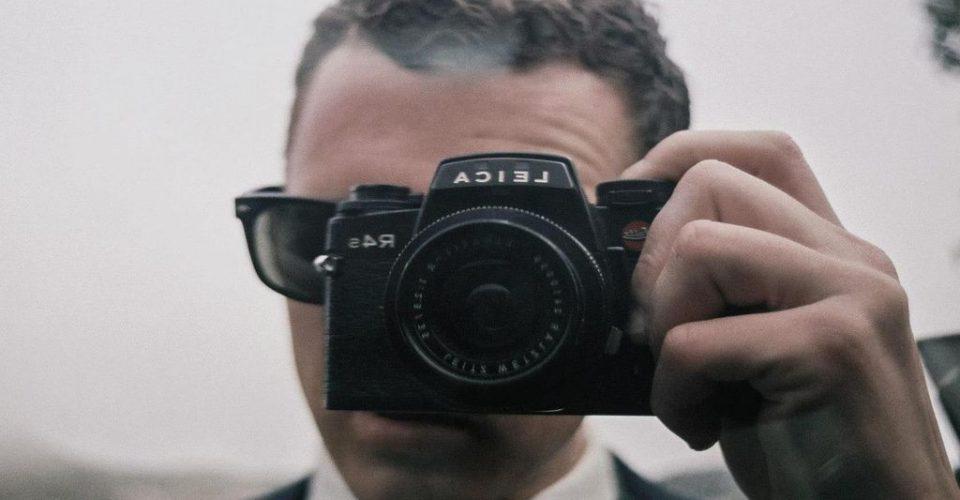 Austin Chapman signing, “I love you” with the Haiti community.

One pair of hearing aids transformed 2011 Pepperdine alumnus Austin Chapman’s 23 years of silence into a world of sound.

Chapman made national headlines last year when he tried on his new Phonak Nadia IX UP listening device, and was suddenly able to hear music and people’s voices. Close friend Tommy Biglow recalled the “tear jerking” moment when Chapman laid his hands on a piano for the first time and played all night long. When asked about it, Chapman replied:

“It was very surreal,” he said softly, trailing off as if reliving the moment. “I see people doing it all the time in movies, but I never thought I’d actually be behind the keyboard hearing the tones. It’s special.”

Movies have always played a significant part in Chapman’s life. Although he was born deaf, he became engrossed in films early on. In particular he said he enjoyed watching “ET,” “The Wizard of Oz,” “The Lion King” and “Star Wars: The Original Trilogy” because “the visuals and the heavy storylines resonated with me.

They all had outcasts dealing with a new world and learning life lessons much like I was when I was growing up.”

He says he taught himself how to lip read by watching the actors, and he identified with the creative process.

“The way that my mind works, typing and writing are different languages — that’s an illustration,” Chapman said. “A big part of my mind is a visual emotion … Whether you write a book or make a movie or write a song, you’re communicating an idea through a different media.”

His younger sister, Pepperdine alumna Kelsey Chapman (‘13), vividly remembers a childhood full of recording and re-recording newscasts and movies. Her brother dragged her into his projects, such as “Who Killed the Muffin Man?” — a murder-mystery he directed at the age of about ten years old.

“He is extremely passionate,” Kelsey said. “He pictures something in his head and will do it 500 times until it’s right. Even when we were young, it had to be perfect.”

Despite the fact that neither of their parents are involved in the entertainment industry, Chapman’s unfaltering will led him to Pepperdine where he majored in Creative Writing and minored in Film Studies. There he launched his first big project in 2010: “Eleven Eleven.”

Lacking the ability to fully hear, he directed the short film to provide audiences with a taste of what it’s like to live in his silent world. The short, available to view on YouTube and Vimeo, features subtitles with no spoken dialogue. It won the Audience Award and the Grand Jury Prize at Pepperdine’s REELSTORIES film festival in 2010. The following year, the Newport Film Festival recognized it as an official selection.

Now with his alternative hearing aids, Chapman is currently in the process of expanding “Eleven Eleven” into a full-length movie called “Jester.” Chapman and his team have the project posted on Kickstarter to raise publicity and to try to gain funding.

While the two pieces draw similarities, Chapman describes them as “very different,” considering he can now actually choose his own music and intentionally dictate the pace of the audible script.

“‘Jester,’ on the surface, is a film about hearing in the deaf world,” Chapman said. “But it’s really a film about the chaos of life.”

As Chapman describes on the Kickstarter page, the work is unique because it contains “subtitles burned into the film,” meaning that actors will speak while simultaneously motioning sign language.

The uncommon acting method hints at the attachment Chapman still feels to silence, and the difficulties he has faced in teaching himself the new language of sound.

“It’s the same as a blind person who has never seen, and now he can see everywhere, but he can’t read,” Chapman said about the learning curve he overcame once he gained his hearing. He explained how he has exponentially improved his ability to verbally communicate with people, and how to mash music with his visuals.

“It’s hard right now,” Chapman said. “I’m teaching myself about timing and what themes are. It’s hard because I don’t even know what cliché means. I don’t have a musical background.”

Chapman’s exploration of sound doesn’t stop at “Jester.” He has several additional projects on his plate as well, flexing his innovation. They include a television series, international documentaries and music videos.

“His character never changed. He’s always been motivated and driven,” Biglow said. “He’ll have his mind set on five things, and he’ll go after all of them in full force.”

Already, Chapman has flown out of the country to film documentaries and help non-profit organizations. His first mini documentary, “City of Widows,” depicts the plight of Indian widows in Vrindavan and won the 2011 REEL Cause award in the REELSTORIES Film Festival.

In July 2013 he boarded another plane, this time to Haiti, after a friend mentioned the opportunity to serve people who were still suffering from the devastating 2010 earthquake.

Heavily affected by the experience, he plans to make the 3,000-plus mile trek back again for the first two weeks of December to tell the story about the country’s deaf community. Specifically, an 18-year-old boy caught his attention during the initial trip.

“He did not know how to talk, how to sign — nothing. No form of communication,” Chapman said. “It hit me how lucky I am to be able to sign and write … It really inspired me.”

Falling into the future

“Because this story is for the Pepperdine Graphic, let me tell you a funny story about Pepperdine …” Chapman began.

That “funny story” comprised of how Chapman met his girlfriend, Pepperdine alumna Hannah Berbos (‘13). Fittingly, Berbos originally noticed Chapman because she attended the 2010 REELSTORIES festival as a freshman and saw “Eleven Eleven.”

“I was blown away by what he had done, and his story moved me,” Berbos said.

Then, in 2012 Berbos joined the Delta Gamma sorority. Coincidentally, her sorority “big” was good friends with Kelsey. When it came to the 2013 formal, Berbos didn’t have a date so Kelsey offered to invite Chapman. Berbos said she had only heard people speak highly of Chapman, and she cheerfully took up Kelsey’s offer.

“She was very beautiful and very cool,” Chapman said, thinking back. “We hit it off right away. If I had never made ‘Eleven Eleven,’ I never would’ve met her.”

Chance moments like how he met Berbos, how he ended up in Haiti and even how he attained his hearing have boosted Chapman thus far.

However, Kelsey admits she often worries he gets too carried away by his goals. The other day he casually asked her to call up Ellen Degeneres to see if he could walk on her show as a guest to talk about “Jester.” She also added: “He really wants to dance with Ellen.”

In all seriousness, Kelsey noted that with the amount of chutzpah he has displayed in chasing his dreams, she can do nothing else except unconditionally support him in whatever he does: “He’s told me thousands of times that he would rather starve on the street than do something he doesn’t love.”

Though when asked about life beyond filmmaking, Chapman seemed grounded and confident, saying that in the future he may delve into building special cameras or computers. He has already built quadcopters that he attaches cameras to and maneuvers via a remote control.

“The way he thinks and sees things is so different from anyone else I’ve ever met,” Berbos said. “He’s going to go really far in whatever he chooses to do. And he’s going to touch a lot of people with his story.”

All photos courtesy of Austin Chapman. 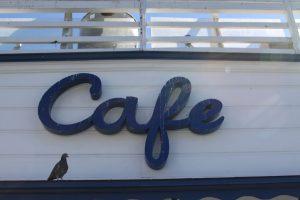