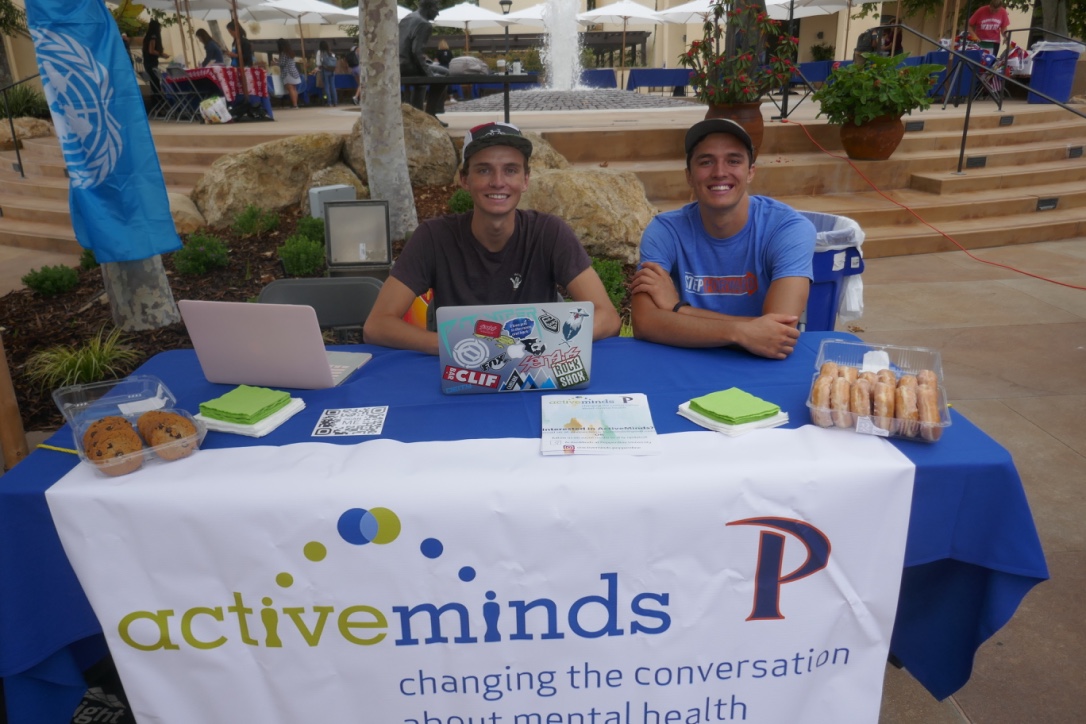 Senior and Pepperdine Active Minds President Danielle LaForce restarted Pepperdine’s chapter of Active Minds in June. While it now has more than 450 chapters at various high schools and colleges across the world, the club began in 2003 to educate students about mental health and give them a safe space.

“Because of the stigma surrounding mental health, people don’t want to talk about it,” LaForce said in a phone interview. “So having this club is a starting point of a movement to remove that stigma but also to foster inclusivity.”

LaForce said she was very excited about joining the club her sophomore year, but the club went inactive. Since she has always been very passionate about mental health, she decided to restart the club herself.

LaForce said she understands the tendency to overcommit and how easy it is to get stressed when you’re a student, which is why this club is so necessary for Pepperdine students.

Unlike a normal club, however, Active Minds and its members do not just operate on campus.

“We are a national movement to start conversation surrounding mental health,” LaForce said.

Similar to the chapters at USC and UCLA, Pepperdine’s chapter of Active Minds “aim[s] to try and remove the stigma associated with mental health on campus,” LaForce said.

In the short number of months that Pepperdine’s Active Minds Club has been functioning, numerous students have expressed interest and 54 have become committed, LaForce said.

Eddie Matthiessen, a sophomore and the Vice President of Social Media for Pepperdine’s chapter, said in a phone interview that he joined the club to relieve any stigma or pressure about mental health.

“In the past, I have dealt with mental issues and it would have been much easier for me to reach out if I didn’t feel pressured or judged, and that is what I want to bring to Pepperdine,” Matthiessen said.

Matthiessen said it is very important to him that they are giving students somewhere that they can freely talk to people their own age about real issues.

Active Minds Club member Joanna Pena is a junior at Pepperdine. She said she joined the club because like LaForce, she is very passionate about mental health.

“I want to be a part of something meaningful,” Pena said in a phone interview. “There are people struggling because they don’t get the help they need because there is such a stigma that surrounds the topic.”

Pena said Pepperdine is no exception for that, as she has seen people neglect their mental health. She said she hopes to break the stigma and help people understand what resources they have.

Matthiessen said hosting on-campus events not only give students an opportunity to learn about the club, but also the ability to reach out if they need help.

Pena said even though they are a very new club, they are already planning events for Mental Health Awareness week and brainstorming new ideas.

“[We are] confident our team will carry on this club and establish it at Pepperdine for years to come,” LaForce said.