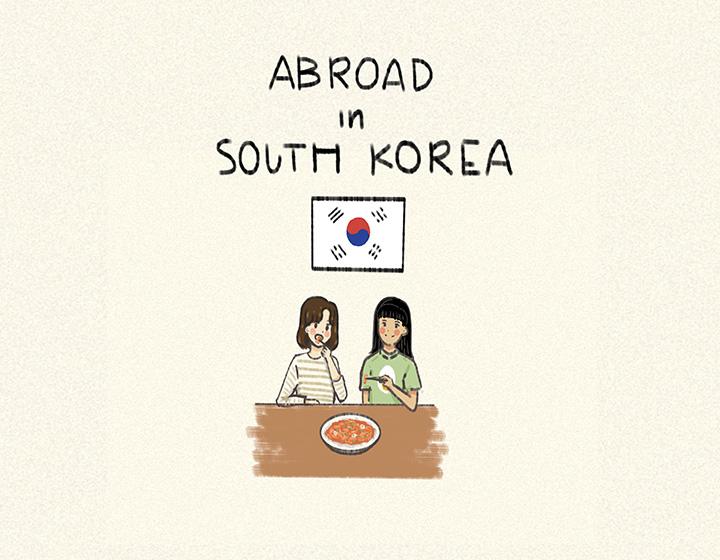 Before I booked my share house, a living space shared by a group of people, I thought about both the challenge of having a language barrier and the opportunity to learn from Korean natives. My experience living in this share house has been more opportunistic than challenging, and it has provided me with more than a place to live and cultural exchanges.

The share house I am staying at in Hongdae has five large rooms for multiple roommates, a separate bathroom and shower room, a living room and a kitchen. The shared spaces have allowed me and my housemates to interact with one other and bond.

When I first moved in, I observed the practices of the people in my share house while mostly staying quiet to not stand out as a foreigner and new comer. I had the chance to greet all of my housemates throughout the first two weeks, but I typically had to take the initiative to start the conversation.

One of my first conversations occurred when I was taking an online class next to another housemate in the shared living room. Although we had yet to greet each other, she offered me a Korean snack. I introduced myself after gladly accepting her offer, and we began talking about what we were studying. Although our conversation was short, her kind gesture of sharing a snack spoke to me much more than her words.

Another friendship started when I saw a housemate making sandwiches in the kitchen. I asked her where the best and closest grocery stores were, and she offered to show me around to her favorite markets in the area. We later went with another housemate to buy groceries together, and now the three of us hang out together often.

Cooking food in the kitchen and eating together has been the best icebreaker. Together, we’ve made simple dishes such as Budae Jiggae, Doenjang Jiggae and Okonomiyaki.

Being an American in Korea definitely has its benefits, as the English language has truly become an international language. Although most of the Korean natives in my share house have studied or are studying the English language, almost all of them are not comfortable with practicing it casually.

The language barrier made it difficult for me to share certain stories when I am with the Korean natives. Although I comprehend the gist of what they say, there are many times when I don’t understand every detail so I try to use context clues or ask for an explanation.

During a dinner, for example, I was able to understand that the movies being referenced were “Howl’s Moving Castle” and “Spirited Away” after hearing clue words such the name “Howl” and the word pig in context. Growing up listening to Korean has helped me piece Korean conversations together, but it is still challenging to fully understand and communicate back.

During Chuseok, also known as Korean Thanksgiving Day, nearly all of my housemates left to spend time with their families. Only two of my housemates and I remained at the share house, where we celebrated the holiday together with Chuseok-styled food including songpyeon and jeon.

Most of our dinners are through South Korea’s popular Baedal food delivery system, which is used at nearly any hour of the day. It is much cheaper to order food for large orders than smaller ones which provides a valid excuse to eat together.

Living in a shared space can also create shared tensions. When two housemates got into a dispute, one of them quickly moved out after contacting the house manager. I was sad to see her leave as we bonded over several meals, but I knew it would be best for her and the other members of the share house.

This share house has allowed me to learn about the various lifestyles of Korean college students. Being able to understand basic Korean has allowed them to open up to me about their family dynamics, academic pressures, work-life and personal values. They are kind-hearted, hard-working and sociable people who I have become close with over time.

Due to classes being online, I am often writing or studying at home. My house mates often share snacks with me, encourage me or help me take a break from my studies. I love talking with them, as they always have something interesting to share.

After spending almost two months in this share house, I have formed a bond with my house mates that makes me want to stay in Korea longer. Although I have less than a month left until the end of the semester, I hope to continue making memories with my housemates and be as good of a friend to them as they have been to me.