A fifth year senior is seizing the opportunity to create something Pepperdine has lacked since her freshman year: a running club.

Blair Bonifield started Malibu Run Club as a way to promote the idea of exercise as something to relax and enjoy, Bonifield said. The club meets every Tuesday at 6 p.m. to run two miles at Westward Beach.

Bonifield said she was inspired to make the club with the goal of helping others achieve a healthy relationship with exercise. She had seen many of her friends use exercise as a way to cope with the challenges of college, she added.

“I think exercise in college can kind of be a mess,” Bonifield said. “People either don’t exercise at all, or they end up exercising too much. In reality, it’s just something we need to stay healthy. It shouldn’t be something that we’re addicted to.”

Bonifield will graduate in December, making this her final semester at Pepperdine.

“I can’t miss this opportunity of having an extra semester here and not do something that could really benefit a lot of people,” Bonifield said.

White said she was never an avid runner until Jan. 2018, when she made a New Year’s resolution to run a half marathon.

“A lot of people are intimidated and scared to start running,” White said. “Because they don’t think they can, or they think the idea of running a half marathon sounds crazy. But once you start running, you realize it’s not as hard as it seems.” 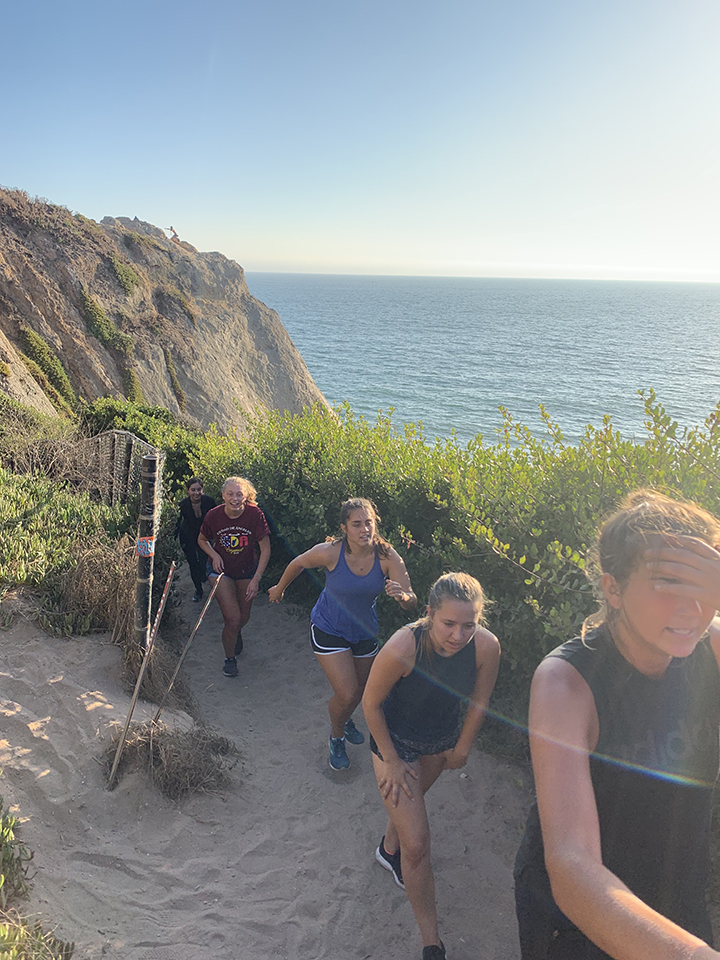 Club members run uphill along the ocean at Westward Beach.

Malibu Run Club will provide a welcoming environment that is free of expectations and encourages anyone, regardless of experience, to get moving, White added.

Freshman Mallory Finley joined Malibu Run Club after hearing about it through her Spiritual Life Advisor, Taylor McSpadden, who is also in the club.

As a runner for Pepperdine’s cross country team, Finley practices six times per week. Adding a weekly beach run into the mix serves as a way to meet people and have fun, she said.

“To be able to go after classes, hang out with people and run a little bit is a really nice break,” Finley said.

Finley said the diversity of the club members has broadened her perspective and her experience of college so far.

“What’s cool is that [the other members] are not all current students here,” Finley said. “Some of them are doing grad school or they work at the school. So it’s really neat to meet people that are doing something different from you.”

Malibu Run Club has promoted itself entirely on Instagram and through word of mouth. 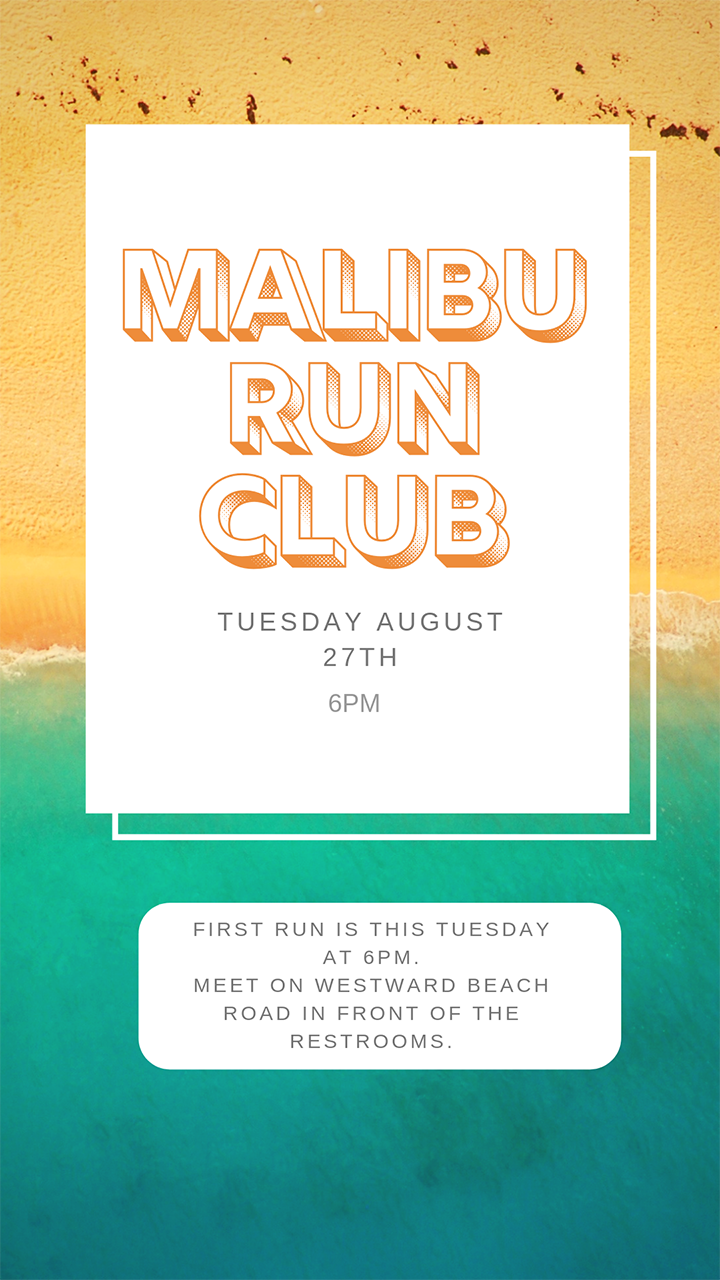 Pepperdine alum Lyle Nelson created a logo and graphics for the club to share on Instagram. Bonifield said the target for the graphics is to show how relaxed the club is. 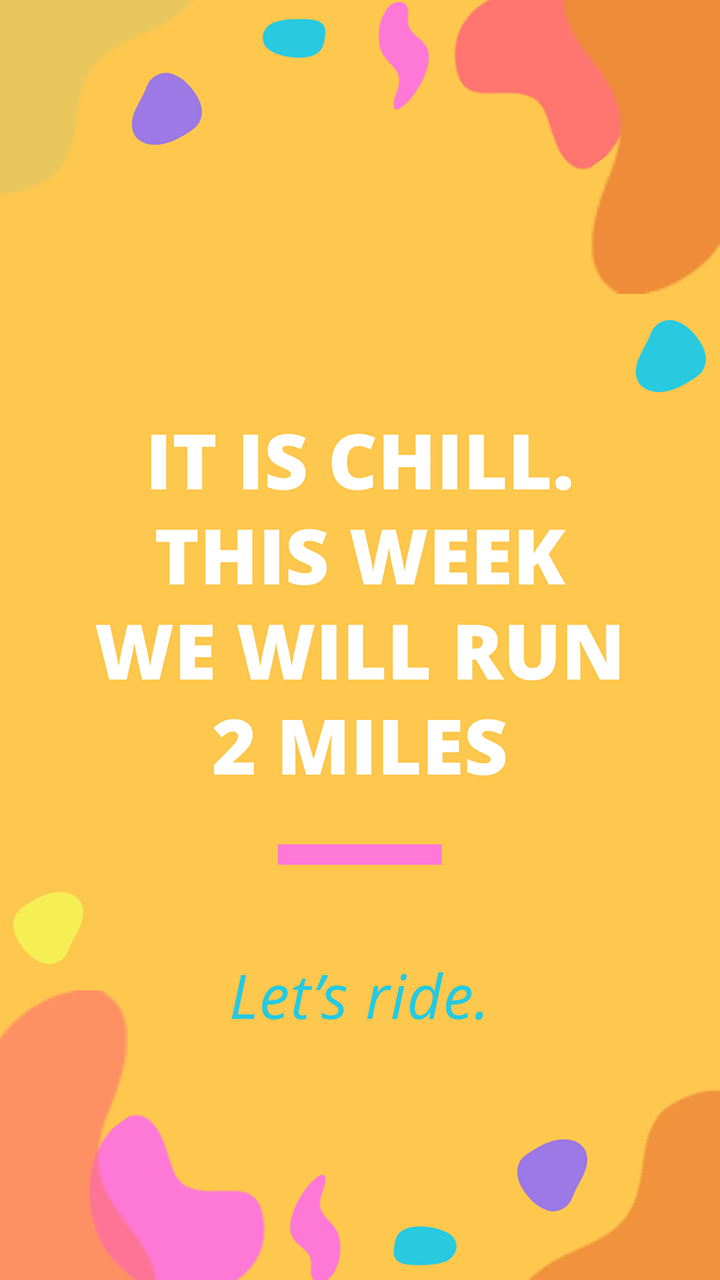 Every meeting, Bonifield and White lead a light stretch routine before taking off to run two miles at a moderate pace.

“We all run together,” Bonifield said. “At the end, we just stretch, and then it’s been happening where we stand there and talk for 20 minutes or so because, I don’t know, everyone has endorphins. So, they’re happy.”