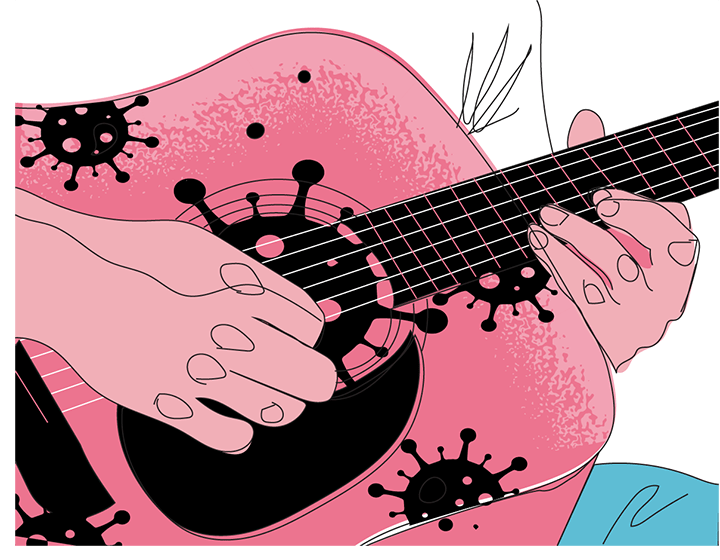 Due to the COVID-19 pandemic, record labels and their artists are faced with dire consequences. From Coachella to Glastonbury, everything has been canceled. As a result of the dissolution and postponements of highly anticipated tours and music festivals, many companies, like Position Music in Burbank, CA, are finding new ways to build direct-to-consumer relationships with fans.

“Music deserves a live audience — humans have always flocked toward gatherings with music for centuries,” said Paul Crary, director of digital marketing at Position. “I don’t think we will lose that yearning for being in a crowd and enjoying musicians playing instruments in front of us.”

Prior to the pandemic, the World Economic Forum stated that live music, primarily the ticket sales involved, accounts for over 50% of revenue streams for the music industry. Despite this difficult economic reality, digital marketers like Crary are finding new ways to directly reach consumer groups without solely relying on live entertainment.

Crary said the worst part of COVID is not having face-to-face interaction with Position’s artists. With social distancing rules and small production sets, along with a lack of touring, digital marketers are finding it difficult to advertise and market new music without content readily available. As a result, Crary and other digital marketers have turned to innovative platforms and live streaming services.

“I’ve really enjoyed learning more about Patreon and Bandcamp during the pandemic,” Crary said. “These are tools that remove many of the algorithms and barriers that get in the way of fans consuming their favorite band’s art and content.”

On the live streaming platform Twitch, viewership ratings increased nearly 524% from “an average of 92,000 viewers to 574,000 viewers” from March to May, according to Forbes. Artists like Dua Lipa and Taylor Swift used YouTube Live along with Instagram Live to interact with fans, replying to comments during the live releases of their new respective albums, “Future Nostalgia” and “Folklore.”

Although struggling with the financial implications of COVID-19, the industry has continued to contribute to philanthropic efforts. Spotify formally introduced its Artist Fundraising Pick feature April 22.

“Just like artists can select any piece of music to highlight on their profile as an Artist’s Pick, they can now highlight a fundraising destination,” Spotify representatives wrote.

With the absence of live entertainment, Crary said the industry is re-evaluating its role in the environment.

“The music industry can be pretty harmful to the environment — large tour buses, many plane rides, huge festivals in remote places — so lowering those carbon emissions is something I want to call out as a positive to remote work,” Crary said.

The Rise of TikTok

TikTok has been incredibly helpful for artists to promote their music because anyone can go viral, “whether independent, major or unsigned,” according to Music Business Online.

Position artist and rapper Mia Waring, a.k.a. LG (Team Genius), said TikTok has been a huge factor in promoting her brand and following. In celebration of LGTBQ+ Pride Month, LG created the #priderunway challenge, a competition that encouraged fans to post an original dance routine to her song “Pride,” which celebrates the uniqueness of every individual.

Waring, once a collegiate basketball player from Philadelphia, said TikTok is a great way for artists to be unapologetically themselves. By openly embracing her roots and sexuality, Waring said she encouraged fans to expect a “genuine” aspect from female artists like herself.

“[TikTok is] a great music-promoting platform, regardless of who owns it or what country bans it,” said Crary. “I hope more apps that allow content creators to use music realize how important it is to give artists credit for their art in a public-facing way.”

Crary said he also hopes platforms like Facebook, Instagram and YouTube will follow TikTok’s example by instating clickable Track IDs for consumers — a means of finding a featured song on a user’s streaming service. This will help new artists earn more exposure by instantly promoting their music at no cost.

Social Movements and the Industry’s Response

Since the death of George Floyd and the Black Lives Matter movement thereafter, companies are following the more industry-wide approach by using their platforms to show solidarity and offer support to Black employees, colleagues and artists.

More notably, the music industry created the trend of #BlackoutTuesday with the original intention to contribute to the BLM movement by committing to a day of silence in an attempt to express solidarity. However, because over 15 million users posted the black square with the caption #BlackLivesMatter, this unknowingly “drown[ed] out vital information about upcoming protests and initiatives,” RollingStone argued.

Although many people considered the #BlackoutTuesday movement to be counterproductive, Waring — whose 2018 music video “Burning Crosses” openly addressed the issue of police brutality and systematic racism — argued the trend was successful in spreading awareness about the BLM movement.

Crary said he does not think there is a “perfect playbook” for companies to follow in responding to the movement.

“We [Position Music] are much more cognizant of public health, safety and racism and have supported those causes and efforts because it’s simply the right thing to do,” Crary said. “I think being authentic and real to your artists and art will still be crucial. You can’t fake it anymore.”