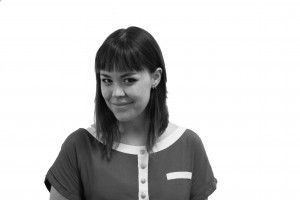 When you get down to it, acts of bravery don’t have to take a long time. Sure, the planning and the over-analyzing can get lengthy, but the actual doing is pretty speedy. The few seconds it takes to get the fumbled invitation to coffee out of your mouth, the space of time it takes to jump off the high-dive or the moment you raise your hand to be the volunteer at a sketchy magic show. In Tom Shadyac’s class, he taught us the value of doing things you’re afraid of and the new dimensions that can bring to your experiences. He also mentioned how a few seconds of courage can change your life, which he borrowed from the film “We Bought a Zoo.” Excellent movie title, by the way. Why stretch yourself, writers?
Ever since then it has been my resolution to do something that scares me every week. Now since I don’t have the budget for extreme sports (sponsor me, anyone?) some of these things are less dramatic than others. Not everything that takes guts is HUGE, such as doing things that could make you look uncool or dorky. Not to brag, but I’ve mastered both. Also, I realize that some things that get me a-trembling may be cake for you. But I promise you’ll laugh. Probably at instead of with me, but I’ll take it.
For instance, last week’s courage occurred this way:
I picked my dad up from the airport and stood next to other drivers with those big important signs bearing people’s last names. Dang it, I thought. I’m bored. Time to shake this airport up. So I made a sign of my own that read, “Tall and Awkward” and held it up proudly. People passed and glanced over, some amused and some perplexed. This actually makes me want to go back, see how far I can push things. Maybe hold up a sign that says “Sexy” and see who would approach.
You may be wondering what act of 10-second bravery I committed this week. So shall we segue?
A couple nights ago, I looked up, saw the full moon and decided to climb the mountain/dirt clod hill outside of Drescher for a better view. When you are lacking in grace as I am, even this takes courage. Halfway through I realized that what I was walking up was steep. Quite steep. After some cartoonish air-climbing and flailing, the truth of my predicament sunk in. I could very well die. So, with dramatic flair, I tossed purse and phone aside and used both hands and feet to climb-crawl my way up as people below snickered. As dirt crumbled in my hands and my feet slipped through rock, I knew no small dose of fear. But I made it.
You all get a two-for-one deal as this week was also when I got up the guts to try out for the Pepperdine sitcom “The Beacon.” Auditions can be scary. That whole long-table, all-eyes-on-you thing.
But putting myself out there was actually fun and I encourage all of you, my fellow Pepperdiners, to take up this task with me. Be courageous and as long as you don’t cry “YOLO!” as you do, I will be very proud.

Freshman year can be a busy time for students; new student Paul Bommarito experienced the chaos while he was in the process...
Copyright 2013 Jupiter Premium Magazine Theme
Back to top