Zemeckis Scores Again: ‘The Walk’ Will Leave You Stunned 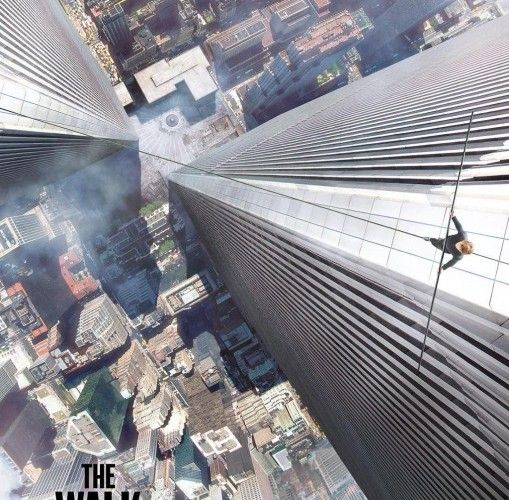 The World Trade Center has come to represent the horror and tragedy of the 9/11 attacks and the day that forever changed the lives of Americans at home and abroad. But before all that, the Twin Towers meant something else. Something more positive — what humans are capable of if they utilize their creativity toward a singular goal. “The Walk,” directed, co-written and co-produced by “Back to the Future” director Robert Zemeckis, serves as an attempt to capture that meaning.

Starring “Inception”’s Joseph Gordon Levitt, “Iron Man 3”’s James Badge Dale and “Gandhi”’s Ben Kingsley, the film derives much of its content from the memoirs of French high-wire artist Phillipe Petit. In 1974, he traveled to America, specifically to New York City, to accomplish his own singular goal: string a high wire between the World Trade Center Towers and successfully traverse the entire length.

The film’s first half expertly details Petit’s background, including the chain of events that led to his crossing the gap between the two 110-story buildings. When the second half of the film starts, the Towers become the film’s true stars. Zemeckis makes every effort to impress when it comes to special effects, including rotoscoping, matte paintings and regular CGI. It is as if the Towers, despite their tragic, almost 15-year absence, are still there to this day.

With these types of stories, many, if not all, audiences may be aware of the outcome, tension is often lost in the process. However, this can be circumvented if the script or the direction increases the stakes, or if there is a likely and imminent chance of failure of even getting started. On that note, “The Walk” exceeds expectations. Every step of the way, Petit and his colleagues suffer multiple setbacks, including bad timing, bad weather, equipment failures and personal injuries. Every time something happens, it feels as though their endeavors may fail before they can even start.

Levitt’s performance rivets, elevating the film’s theme of humans conquering the impossible, as well as adding meaning to the existence of the Towers before the 9/11 attacks. According to a Hollywood Reporter article by Ashley Lee, dated Sept. 26, 2015, Levitt, possessing no prior wire-walking experience, trained directly with the real Phillipe Petit in an eight-day workshop for preparation. He even walked the actual distance of the Towers in the World Trade Center Memorial’s two pools. The 3D version of the film is more than effective in execution, expanding the story’s scope to something larger than life. You will not forget “The Walk,” as it over-delivers on immersing audiences in the moment — an individual setting out to accomplish what some would deem total insanity.

Released Oct. 2, the film is currently being screened in limited release. I highly recommend viewing it in IMAX to get the full effect. 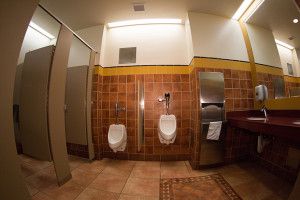 Photo by Zach LeWe all know the struggle of taking a bathroom break, only to discover that the bathroom in question is a sordid...
Copyright 2013 Jupiter Premium Magazine Theme
Back to top