You’re Doing Better Than You Think You Are 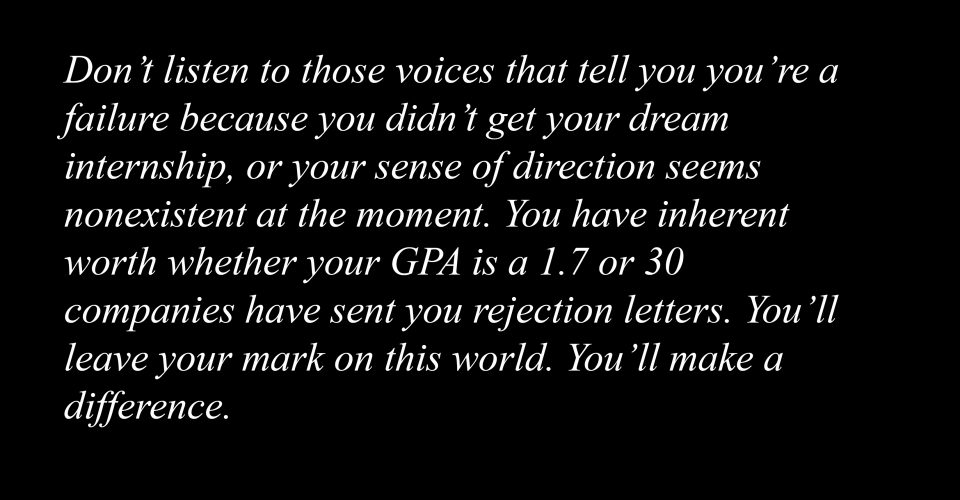 Relax. I know, I know: you have a 20-page paper due tomorrow that you’ve barely touched, it’s April and you’re still hunting for an internship, or you’re graduating on the 29th and you have no idea where your life is headed. Relax. You’re already doing better than you think you are.

The mere fact that you’re here at Pepperdine speaks greatly of your achievement thus far. Only 6.7 percent of the world’s population holds a college degree. In the United States, around two-thirds of millennials ages 25 to 32 don’t have a bachelor’s degree. What’s more, there are 1,500 four-year institutions in the United States, and you’re studying at a school within the top 50. Numerically speaking, your education’s value is in the 97th percentile. Through persistence, dedication, and Providence, you’ve made it here; you’re already killing the game.

Sure, we all make mistakes and I’d bet that there are a few you’ve made that are currently giving you a bit of grief (like not studying for that humanities exam or waiting until April to look for an internship). But you’ve made it this far, and you’re not one to get demotivated so easily. You’re still growing, you’re still learning, and you’re still trying. You’re working through your mishaps and you’re holding on to hope. You’re doing your best and though it may not look like your roommate’s best, you’re doing your best. You’re already in a better place just by refusing to give up.

Lastly, but surely not least, you’re alive ― certainly not something to take for granted. Approximately 151,600 people around the world will die today. Of course, you could be one of them but, historically, you’ve got a great track record. Each morning you decide to get out of bed, you’ve already helped shape your corner of the world.

Don’t listen to those voices that tell you you’re a failure because you didn’t get your dream internship, or your sense of direction seems nonexistent at the moment. You have inherent worth whether your GPA is a 1.7 or 30 companies have sent you rejection letters. You’ll leave your mark on this world. You’ll make a difference.

So give yourself a bit of grace and relax. You are here, you are now and you’re doing better than you think. 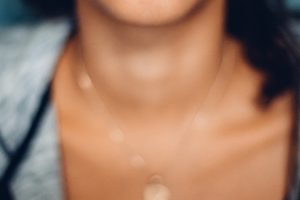 Photos by Zach LeJunior Annie Sides was not expecting many people to read the opinion piece she wrote and posted on Facebook...
Copyright 2018 Pepperdine Graphic
Back to top