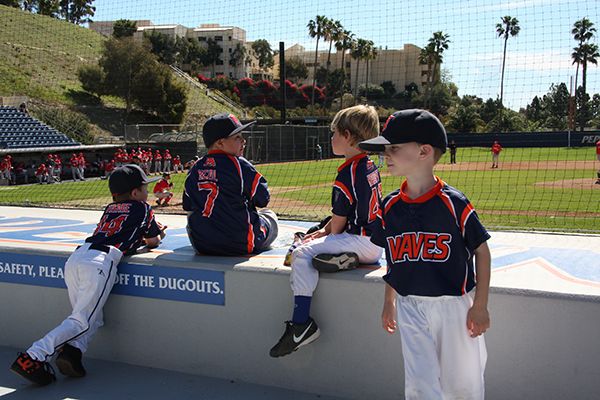 Little League baseball is where almost every American ball player started and where they first developed their skills, ambitions and dreams. Pepperdine Athletics’ “Sundays at the Ballpark” initiative will give young baseball fans the opportunity to interact with the Waves baseball team and be a part of the excitement that accompanies a collegiate level Division I baseball game.

Sundays at the Ballpark has been a tradition at Pepperdine “for a while now,” according to Danielle Byrd, one of Pepperdine Athletics’ marketing and promotions managers, and is getting a new lease on life under her management. Byrd described the program as a great experience for the team.

The program has received accolades and support from the community, administrators and the players.

“A lot of those kids come out and watch us regularly so we try to do everything we can to make their experience at the ballpark very special. It’s a small way of giving back to our community and fans,” said junior pitcher Aaron Brown.

Baseball has long been known as America’s favorite pastime and the quintessential family affair. Following in that tradition, “take me out to the ballgame” now has a new meaning for children at the Eddy D. Field Baseball Stadium. 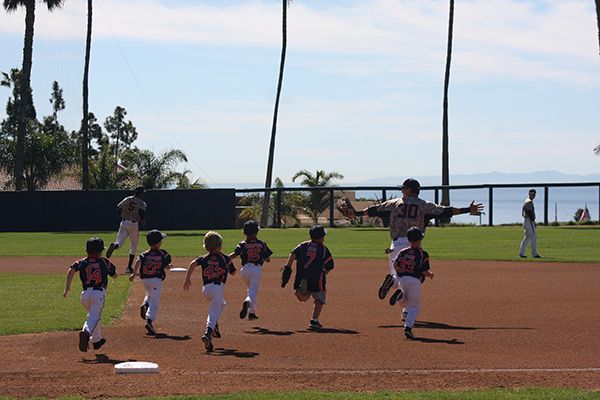 And there is a lot to look forward to from the Waves this season, who are playing their first game in the West Coast Conference against Pacific this weekend. Despite just starting conference play, the team has been incredibly busy since beginning their season less than a month ago and is already 16 games deep with a 12-4 record after beating out UCLA, Southern California and Houston this past weekend.

“The season is going really well so far. As a team we have been playing well and we’re just enjoying the experience. We played some great teams this past weekend and we were able to pull away from it with a weekend sweep. Any time you can do that, it’s very encouraging,” Brown said.

Brown was responsible for pitching eight innings against a team that had the lowest earned run average in the nation on Sunday and lent to the 3-0 win against Houston. The game against the Houston Cougars was the culmination of a weekend that was a combination of smooth sailing and a down-and-dirty tussle.

The weekend for the Waves opened on the road against No. 13 UCLA on Friday night, which saw Pepperdine take the lead in the sixth inning with five runs but losing the edge in the seventh before clawing their way back to a victory. The Waves were up by six coming into the seventh inning when the Bruins came back with a vengeance and pulled to within one on four straight singles scoring a run, leaving the Waves with a 7-6 lead. The game came down to the ninth inning where sophomore Hutton Moyer gave Pepperdine the winning advantage by driving in a run with a double to center field, blocking out UCLA infielder Shane Zeile’s homer and ending the game 8-7 in favor of the Waves.

Saturday’s game against USC was less of a desperate struggle in the final moments, but no less exciting. The Trojans scored three runs in the first inning but were left in the dust by the Waves, who gained the advantage in the sixth inning with five runs. The Waves offense scored ten runs in 14 hits that day to take home a 10-4 win.

The Waves weren’t as lucky this week, as Pepperdine suffered a disappointing loss against UCSB on the road on Tuesday when the Gauchos scored one run over the Waves in the ninth inning that brought the game to a 2-1 close. However, better and brighter outcomes are to be expected from the Waves, who will host Pacific this weekend for a three-game series.

“It should be fun going up against Pacific because we have never played them before. I think it will be a very energetic atmosphere considering conference play is finally here,” Brown said.