Women’s Volleyball Falls in Four Sets to No. 11 UCLA 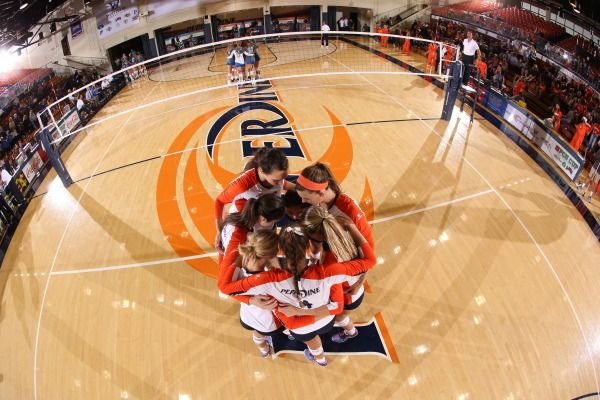 The Pepperdine women’s volleyball team lost to UCLA in four sets 3-1 at Firestone Fieldhouse in a non-conference matchup Tuesday night. The loss dropped the Waves to 6-4 overall with two games remaining in non-conference play.

After winning two of three in the LBSU/LMU Invitational, the Waves were underdogs entering the matchup against UCLA.

“I thought we started off great and stunned the Bruins in the first set, but fatigue played a big factor as the game went on,” Pepperdine Head Coach Scott Wong said. “We still have two more tune-up games against another top-25 team this weekend so we got some work ahead of us before we jump into WCC play.”

In the first set, Pepperdine jumped out to an early five-point advantage with strong offensive attacks from sophomores Heidi Dyer and Nikki Lyons. The Waves held their lead throughout the set behind stellar defensive plays at the net by freshman Jasmine Gross and junior Ashley Harris, which would eventually give Pepperdine a 25-19 victory in the first set to shock UCLA and give the Waves a 1-0 lead.

In the second set, it was a tale of two teams. UCLA flipped the script and held the lead from start to finish while going up by as much as 12. The Bruins continued to cruise in the set, eventually taking a 25-14 set two victory to tie up the match 1-1 entering halftime.

Coming out of the break, the third set was a close battle throughout: both teams saw nine ties and three lead changes. The Waves and Bruins traded points down the stretch before Pepperdine worked up a late two-point lead with a kill by Lyons, but the match went to extra points after UCLA rallied from behind.

The Bruins and Waves fought neck-and-neck, but UCLA completed the comeback with back-to-back kills to take set three 26-24 and to go up 2-1.

The fourth set saw UCLA cruise to an early 11-4 advantage, but Pepperdine cut the deficit to three (15-18) following a beautiful setup from Dyer to Lyons for the t. Despite Pepperdine’s valiant efforts at a comeback, the Bruins closed the door on the Waves and took the fourth set 25-18 to win the match 3-1.

Dyer led the Waves in an all-around performance with 18 assists and a team-high 14 digs to go along with six kills and three block assists, which was good for her second career double-double. Fellow sophomore Lyons led the Waves with a team-high 8 kills and 13 digs while Harris and Gross led the “Malibu Roofing Company” with career-highs of eight blocks apiece.

“It was a tough loss for us to drop three straight sets after winning the first,” Heidi Dyer said. “But for us, it’ll be about making the necessary adjustments to close off non-conference play on a positive note.”

Pepperdine will make a trip to Hawaii to play back-to-back games against the Rainbow Wahine before returning home to host LMU to kick off WCC play Saturday. 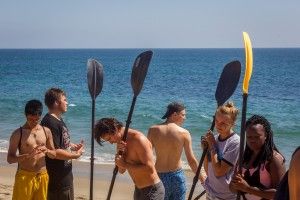 Photos by Brett BeanA group of students joined Campus Rec for a kayaking trip to Point Dume on Saturday. The excursion drew...
Copyright 2018 Pepperdine Graphic
Back to top