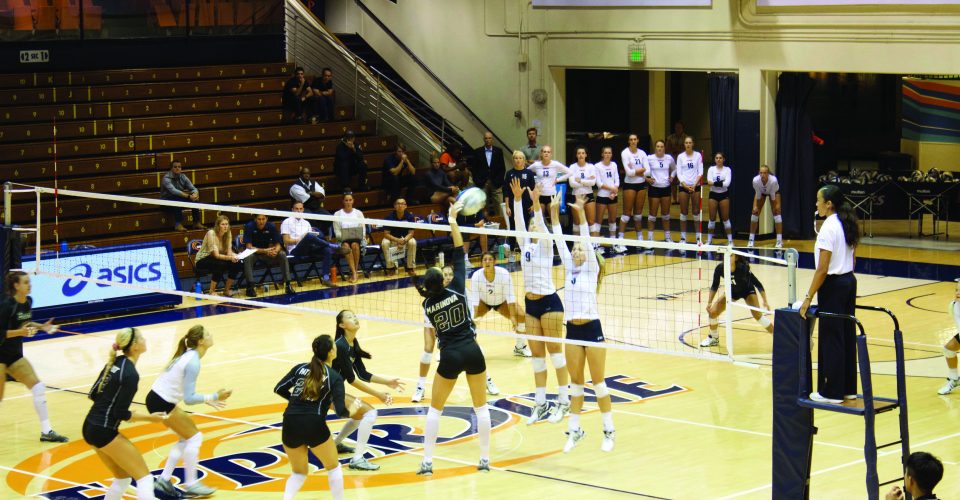 “We did an amazing job of executing our plays, and starting off strong in the first set gave us confidence for the rest of the game,” freshman Alli O’Harra said. “It helped us become a meshed unit and it really showed the continual growth we have gained from playing with one another.”

In the first set, Pepperdine jumped out to an early 9-3 lead off a service ace from Jasmine Gross and continued to put on an offensive show throughout, closing the set on a 7-3 run behind Gross’s red hot offense to take set one, 25-14.

In the third set, Pepperdine came out of the halftime break on fire, as sophomore Hana Lishman’s service ace gave the Waves a 10-5 lead. Lyons fueled a run of seven unanswered points midway through the set and Lishman’s second service ace secured set three for the Waves, 25-18 for a 2-1 set lead.

In the fourth set, both teams kept it close to start off the set, going point-for-point before the 49ers jumped out in front, 17-14. However, the Waves rallied back to tie the score at 19 all before riding a 6-2 run to clinch set four, 25-21 for the 3-1 victory.

“This upcoming tournament is really going to be a huge test for us, especially after this weekend [Asics Classic Tournament],” Head Coach Scott Wong said. “Playing in seven games in the span of eight days, let alone three each in back-to-back weekends, is going to test our energy, but I’m confident the team will rally together and play off one another.”

Pepperdine will head to Nevada for the Nevada Wolf Pack Tournament starting on Friday, Sept. 15 where they’ll face Missouri at 10 a.m. and Sacramento State at 4 p.m. 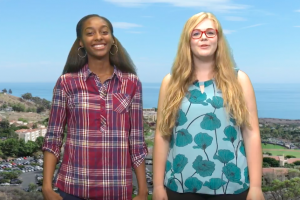 The first GNews video of the year is here! Find out more about changes to surf convocation, disability service office name...
Copyright 2018 Pepperdine Graphic
Back to top