Women’s tennis rallies as one team 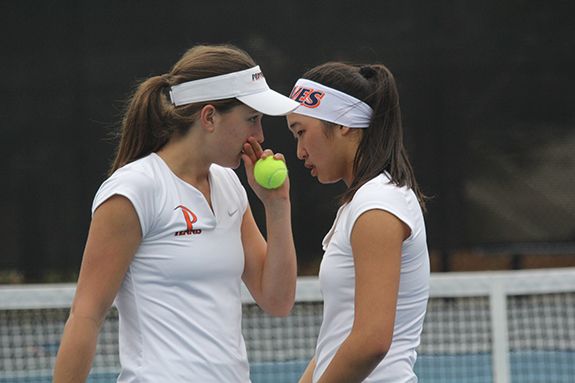 Coming off a decisive 6-1 win against San Diego State on Saturday, women’s tennis shares the secret to a successful season: a team that works together wins. This simple concept is a lot easier said than done. On this nine-girl team there is a lot of star-power, potential, competitive drive and tennis skirts.

The Pepperdine athletes come from a diverse array of cultures and places around the world including California, Mexico, New Zealand, Croatia, Australia and Thailand. These multinational women come together on the court to make a forceful match. Freshman Apichaya Runglerdkriangkrai, “Jean,” joins the Waves from Bangkok, Thailand. Even though this is just her first season, she already feels the team bond.

“I love my team. All of the teammates are very supportive. Everyone is friendly, and they make me feel like home. Everyone likes to compete and wants to win. We have a very competitive team this year, and I am looking forward to play with them this season … I am very pleased to have a very nice group of people alongside with me. I cannot wait to have an amazing season with them,” Runglerdkriangkrai said.

The Waves are ranked No. 44 in the nation and have continued the succeess in the climb to reach Top 20 and Nationals after defeating No. 38, UC Irvine, 6-1. In both this win and the win against San Diego State, sophomore Michaela Capannolo made decisive plays. In singles and doubles, the Australian-native earned WCC Player of the Week honors last week and embodies the dedication and determination of the women’s teams.

“My goals for our team are to definitely become a Top 20 school and make the Sweet 16. I think we have a really good team this semester, and if we keep working hard and working together, I think anything is possible. Individually, my goals would be to keep improving, especially mentally. The mental side of the game has always been the toughest for me, but I feel it is improving with age. I hope that after college I will be able to travel around on the tour and see where it takes me,” Capannolo said.

Fellow Waves Player of the Week in doubles and Capannolo’s doubles partner is freshman Yuki Chiang. On the official tennis site, Tennisrecruiting.com, Chaing received five-stars as a high school senior and has already made her collegiate debut with the Waves this season. A local from California but born in Taiwan, Chiang’s mother is a Pepperdine alumna. Chiang is certainly making her own waves at the university. She commented on how tennis demands a lot from each player.

“The hardest part is that I am getting old and breaking down … no, the hardest is probably that we are all alone on the court and have to coach and think for ourselves for every point, but now that we are in college, it all changes, and I love the support from my team, coaches and fans,” Chiang said.

“I chose Pepperdine because I went to tennis camp here when I was 10 years old and fell in love with the campus and knew I wanted to play tennis here in college,” Maddox said. “I’m majoring in sports medicine with a minor in accounting and looking forward to applying what I learn in the outside world.” 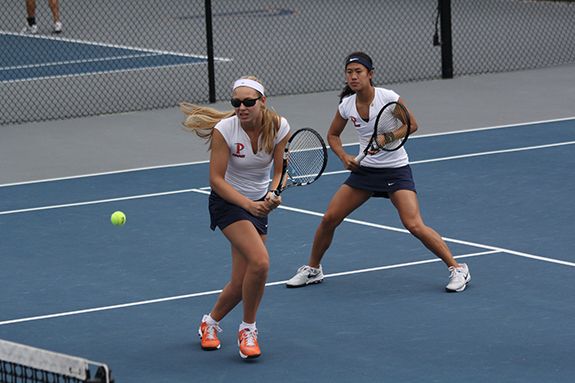 Head Coach Gualberto Escudero takes on his 37th year as the women’s tennis coach. He can be credited for the recruitment of this diverse, talented and team-focused group of Waves. Big East Freshman of the Year and DePaul’s No. 1 player, Sophomore Matea Cutura, was recruited and joined the Waves this season thanks to Escudero and the coaches of the Waves. Cutura was the U-16 and U-18 Champion in her home country of Croatia.

“Head Coach Gualberto is the nicest coach I have ever had, he is very patient and smart and he teaches us not only about tennis, but life, and that is why I respect him so much.” Cutura said. “Our assistant coach Cintia and volunteer coach Nina are also great, just like my teammates. Because of my coaches and team, practice is literally the best part of my day, which is awesome.”

Escudero assembled a team that ranked No. 2 in the WCC pre-season poll just behind Saint Mary’s. Junior Lorraine Guillermo leads the Waves in No. 1 singles spot, with a 2-0 record thus far. Guillermo is All-WCC first team in singles and doubles. Fellow upperclassman, senior Alejandra “Ale” Granillo from Mexico, made WCC-first team her freshman year and held down the No. 3 spot in the singles lineup last spring. Both felt passionate about the competitive nature fostered in their sport. Guillermo mentioned her goals after she graduates next year.

“After I graduate I would like to play professionally and after that I am not really sure,” said Guillermo.

Just as the tennis team has all ended up in Malibu due to their love for the sport, tennis has taken these competitive athletes around the world. Sophomore Danielle “Dani” Feneridis represented New Zealand as she traveled around the world for tournament play.

“Tennis is definitely a sport that gives you the opportunity to travel. My home country is New Zealand and along with that I have played in Australia, New Caledonia, Fiji, India, Germany, France and Japan. Before college I had not been to America, so now I can add that to my list of places tennis has taken me.” Feneridis said.

The women’s tennis team takes the court against the University of Las Vegas on Valentine’s Day at 1:30 p.m. The Waves hope for a win in the sport they have dedicated their hearts toward. Although the Waves are doubtlessly driven and competitive, it all stems from the life-changing affect it has on each player’s life, according to freshman Pattaraporn Salirathavibhaga.

“My favorite part about tennis is the fact that tennis is more than just a sport to me. Tennis has taught me what it really means to fight and to never give up. Most importantly, it has taught me to stand back up after I have lost both on and off the court because you really have to fight through the pain to know how much you’re willing to sacrifice for this point in a match or something special in life,” Salirathavibhaga said. 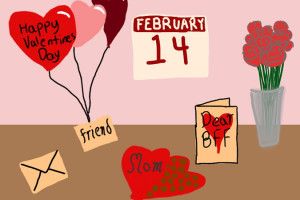